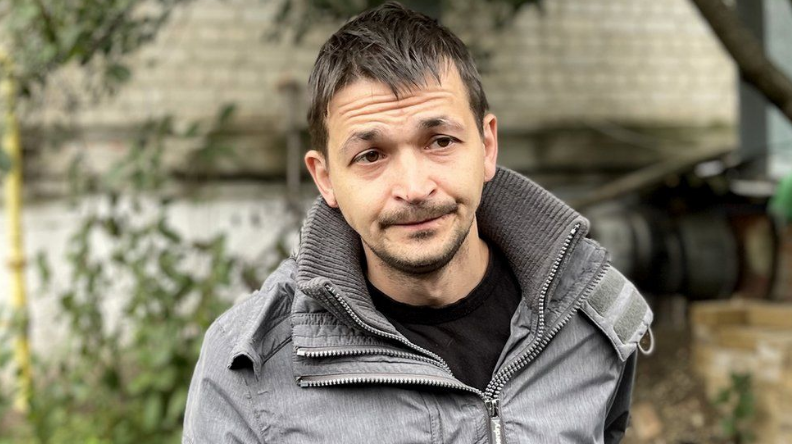 In north-eastern Ukraine, a counter-offensive has seen the nation’s forces recapture swathes of territory, and drive out Russian troops.

But in the newly-liberated areas, relief and sorrow are intertwined – as accounts emerge of torture and killings during the long months of Russian occupation.

Artem, who lives in the city of Balakliya in the Kharkiv region told the BBC he was held by Russians for more than 40 days, and was tortured with electrocution.

Balakliya was liberated on 8 September after being occupied for more than six months. The epicentre of the brutality was the city’s police station, which Russian forces used as their headquarters.

Artem said he could hear screams of pain and terror coming from other cells.

The occupiers made sure the cries could be heard, he said, by turning off the building’s noisy ventilation system.

“They turned it off so everyone could hear how people scream when they are shocked with electricity,” he told us. “They did this to some of the prisoners every other day… They even did this to the women”.

And they did it to Artem, though in his case only once.

“They made me hold two wires,” he said.

“There was an electric generator. The faster it went, the higher the voltage. They said, ‘if you let it go, you are finished’. Then they started asking questions. They said I was lying, and they started spinning it even more and the voltage increased.”

Artem told us he was detained because the Russians found a picture of his brother, a soldier, in uniform. Another man from Balakliya was held for 25 days because he had the Ukrainian flag, Artem said.

A school principal called Tatiana told us she was held in the police station for three days and also heard screams from other cells.

We visited the police station, and saw the Lord’s Prayer scratched on the wall of one of the cramped cells, alongside markings to indicate how many days had passed.

Ukrainian police officers say as many as eight men were held in cells intended for two people. They say locals were scared to even pass the station when the Russians were in charge, in case they were grabbed by Russian soldiers. 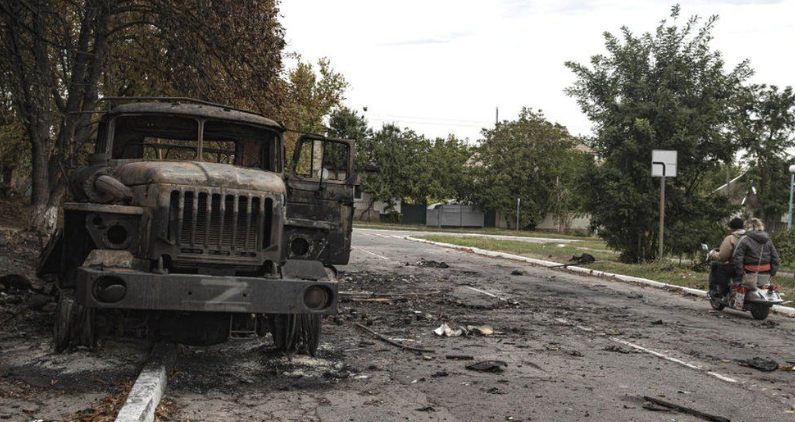 In Balakliya’s city centre, where the Ukrainian flag flies again, crowds gathered around a small truck carrying food supplies. Many in the queue were elderly and looked exhausted, but there were happy reunions too as friends embraced each other for the first time since the Russians were driven out.

Just a short walk away at the end of a lonely laneway, some of their victims lie hastily buried by their neighbours. A crude wooden cross marked the makeshift grave of a taxi driver called Petro Shepel. His passenger – whose identity is still unknown – lies next to him.

The stench of death filled the air as the police exhumed their remains, and zipped them into body bags.

The authorities say the two men were shot near a Russian checkpoint on the last day of the occupation.

Petro’s mother, Valentyna, looked on as the bodies were exhumed, and she railed against the Russians who killed her only son.

“I want to ask Putin, why did he shoot and kill my son?” she cried.

“What for? Who asked him to come here with such threatening weapons? Not only did he kill our children, but he killed us, their mothers.

“These days I am a dead woman. And I want to address all mothers of the world: rebel against that assassin.”

On the road to Balakliya, we saw military vehicles marked with the pro-war “Z” symbol – apparently abandoned by the Russians as they fled.

In a nearby village, we were shown the extensive damage to the school. Local authorities said this was one of the last acts of destruction before the Russians were driven out.

Standing in the ruins, the regional head of Kharkiv, Oleh Syniehubov, said the critical task now was to restore water and electricity supplies, but there are concerns the power lines could be mined.

Asked by the BBC if he thought the Russians could return he replied: “We are in war, there is always danger”.

Previous newsWilliam and Harry to walk behind Queen’s coffin to Westminster Hall
Next news Cost of living: Another big rate hike expected as US inflation proves more sticky than forecast