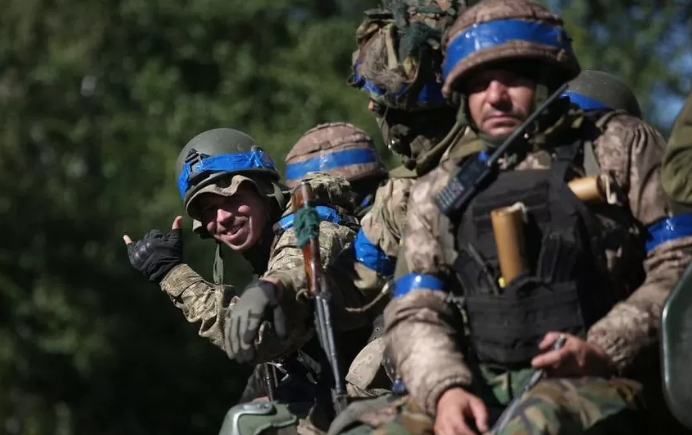 Ukrainian troops have retaken more territory in regions illegally annexed by Russia, with Kyiv’s forces advancing near the southern city of Kherson and consolidating gains in the east.

Russian-installed officials in Kherson confirmed the advance, but said Moscow’s forces were digging in.

In the east, Ukrainian forces pushed into the Russian-held Luhansk region.

Speaking during his nightly address, President Zelensky said “fierce fighting continues in many areas”, but he did not give details. The progress of Ukraine’s counterattacks have been closely guarded and reporters have largely been kept away from the front lines.

But in the south, Vladimir Saldo, the Russian-installed leader in the Kherson region, admitted that Ukrainian forces had broken through near Dudchany, a town on the Dnipro river about 30km (20 miles) south of the previous front line. The river is called Dnieper by Russians.

“There are settlements that are occupied by Ukrainian forces,” Mr Saldo said. Some Russian reports say the Ukrainians have now taken Dudchany.

A Russian defence ministry spokesman, Igor Konashenkov, said “numerically superior” Ukrainian tanks had “driven a deep wedge” south of Zolota Balka, a village that marked the previous front line on the Dnipro. He claimed the Russians had killed about 130 Ukrainian troops in that fighting.

According to Mr Saldo, two Ukrainian battalions tried to reach the Kakhovka hydroelectric power station, about 70km (44 miles) east of Kherson. The power station is in the port city of Nova Kakhovka.

The Ukrainian advance is targeting supply lines for as many as 25,000 Russian troops on the west bank of the Dnipro, Reuters news agency reports.

Meanwhile, in the east Kyiv’s troops have continued an advance that has seen them slowly making inroads into Luhansk, an province annexed by Moscow last week and previously under almost complete Russian control.

On Saturday Ukrainian forces recaptured the important hub town of Lyman in the east, lying near the Luhansk regional border. Russia’s military had turned Lyman into a logistical base.

Russia’s proxy forces in Luhansk said Ukrainian troops had pushed a few kilometres into the Luhansk region. Reports suggest that the Ukrainians are moving towards the Russian-held towns of Kreminna and Svatove in Luhansk, with some pro-Kremlin bloggers suggesting that Russian forces have again been ordered to retreat.

Kherson and Luhansk are among four regions which Russian President Vladimir Putin has declared to be part of Russia, following so-called referendums denounced as fraudulent by Kyiv and its Western allies. Russia does not fully control any of the four regions.

On Monday, Kremlin spokesperson Dmitry Peskov attracted ridicule online after he admitted that Russia was still deciding which areas it had “annexed”, suggesting that Moscow does not know where its self-declared borders are.

Mr Peskov claimed the entirety of Luhansk and Donetsk regions were part of Russia, but said the Kremlin will “continue consultations with the population regarding the borders of the Kherson and Zaporizhzhia regions”.

Kyiv has vowed to retake all the territory annexed by Russia, including Crimea, seized by Russian troops in 2014.

The Russian defence ministry says reservists drafted into the army under Mr Putin’s mobilisation order last month are now undergoing intensive combat training in the Russian-controlled Luhansk and Donetsk regions. The Kremlin plans to call up about 300,000 reservists – though Mr Putin did not set an upper limit. 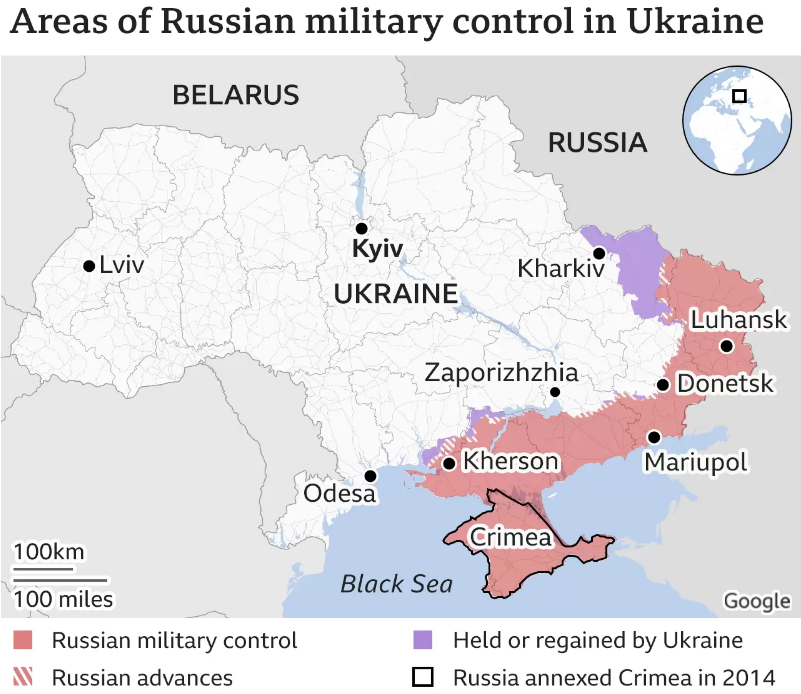