Cost of living: Another big rate hike expected as US inflation proves more sticky than forecast 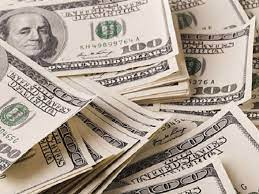 Sky News’ Ian King explains why the Federal Reserve and the Bank of England are expected to reveal more big interest rate hikes after the latest US inflation figures came in higher than markets had anticipated.

The annual rate of inflation in the United States fell in August for the second month running, but not by enough to allay concerns about the cost of living in the world’s biggest economy.

Inflation on the consumer prices index measure slipped from 8.5% in July to 8.3% on an annualised basis. Wall Street had been looking for a fall to 8.1%.

The main cause for the decline was lower prices of both petrol and used cars.

However, the price of other items rose, particularly in the services sector.

Month on month, consumer prices actually rose by 0.1%, compared with the decline of 0.1% that had been expected.

And “core” inflation – which measures changes in the costs of goods and services but strips out changes in volatile elements such as food and energy – was also punchier than expected.

The figure all but guarantees that the US Federal Reserve will raise its main policy rate by three quarters of one per cent when its next policy decision is announced on Wednesday next week.

Fed Funds stood at just 0%-0.25% at the beginning of the year. Taking the rate to the range of 3%-3.25% next week would be the third consecutive such move.

Markets had begun anticipating such a hike since the end of August when Jay Powell, the Fed’s chairman, gave a speech at a symposium of central bankers at Jackson Hole, in Wyoming, in which he said that the Fed would be prepared to risk a US recession if that was the price that needed to be paid for bringing US inflation under control.

It was seen at the time by many commentators as his “Volcker moment” – a reference to Mr Powell’s predecessor-but-three, the great Paul Volcker, who defeated the rampant inflation that plagued the US economy from the mid-1960s to the early 1980s by taking Fed Funds to a peak of 20% in 1981 and who kept interest rates high to do so even during two recessions.

Stock futures plunged on news of the inflation figures.

The Nasdaq – which with its high weighting in tech stocks is most sensitive to interest rate movements – was called more than 2% lower at the open.

At the same time, yields (which rise as bond prices fall) rocketed on US Treasuries, with the yield on two-year US Treasuries (the duration most sensitive to short-term interest rate movements) hitting its highest level since 2007.

The yield on the 10-year US Treasury bond had been 3.3% immediately before the stronger than expected inflation numbers hit the screens. It has been trading at more than 3.44% – its highest level since mid-June.

The figures also prompted a sharp rally in the US dollar. The dollar index, which measured the value of the greenback against a basket of international currencies, surged from 107.7 immediately before the release to north of 109 – an increase of more than 1% on the session.

The greenback rose by 1.4% against the euro and the pound.

Economists now expect Fed Funds to peak at just over 4.25% in April next year.

“Headline inflation has peaked but, in a clear sign that the need to continue hiking rates is undiminished, core CPI is once again on the rise, confirming the very sticky nature of the US inflation problem. In fact, 70% of the CPI basket is seeing an annualised price rise of more than 4% month-on-month.

“Until the Fed can tame that beast, there is simply no room for a discussion on pivots or pauses.

“At Jackson Hole last month, Fed chair Powell clearly noted the need to see a string of slowing inflation data before the Fed can feel confident about the outlook. So far, they have a grand tally of one. We continue to expect policy rates to increase to 4.25% as the Fed scrambles to get a grip on inflation, but perhaps it’s time to consider a higher peak rate?”

The strength of the dollar also threatens to create problems for a number of emerging market economies that have borrowed heavily in the currency and which traditionally take a hit when it rallies. The South African rand, the Mexican peso and the Indonesian rupiah were all lower against the dollar on the news.

The latest consumer price inflation figures for the UK are published on Wednesday. Inflation, which was 10.1% in July, is expected to have been at least as high during August despite, as in the US, a drop in petrol prices.

That will raise further concerns that, as in the US, higher inflation has become ingrained due to domestic factors rather than externally generated factors such as food and energy prices being driven higher by Russia’s attack on Ukraine.

And that in turn is likely to push the Bank of England’s Monetary Policy Committee to another big interest rate rise on Thursday next week.