New species of whale discovered just last year is already ‘on the edge of extinction’ in the Gulf of Mexico: Scientists call on Biden administration to BAN offshore oil drilling to save the last 50 alive 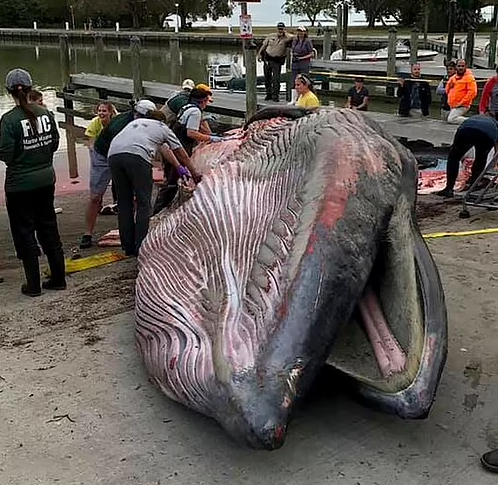 A new species of whale discovered last year in the Gulf of Mexico is already ‘on the edge of extinction’ and a group of more than 100 scientists have petitioned the Biden administration to take action in an open letter.

Known as Rice’s whale, or the Gulf of Mexico whale, this animal was long believed to be Bryde’s whales until the National Oceanic and Atmospheric Administration determined it was a new species of baleen whale in January 2021.

However, there are only about 50 known to be alive and researchers believe offshore oil and gas drilling practices are to blame – about 20 percent of the population may have been killed during the Deepwater Horizon spill in 2010.

The large team of scientists is now sounding the alarm about the potential loss, which would be ‘the first anthropogenic extinction of a great whale species.’

In the letter, which was sent to Secretary of the Interior Deb Haaland and Secretary of Commerce Gina Raimondo, the scientists note this is ‘the only large whale species resident year-round in the waters of the US.

‘Yet few on-water measures have been established to protect it. Unless significant conservation actions are taken,’ the team concluded.

The scientists are pointing blame at fossil fuel exploration and development in the Gulf waters, which is disrupting the animal’s habitat and unknowingly killing them.

Continued oil and gas development in the Gulf represents a ‘clear, existential threat to the whale’s survival and recovery,’ the scientists state, citing the impacts of far-reaching airgun surveys and of oil spills.

The letter mentions the Deepwater Horizon spill that dumped 134 million gallons of oil into the Gulf on April 20, 2010.

The species is also impacted by noise from seismic oil and gas exploration, ‘which dominates the acoustic environment through much of the northern Gulf.’

‘Airgun surveys have far-reaching effects on baleen whales, including the masking of biologically important sounds and the disruption of activities vital to feeding and reproduction over large ocean areas,’ the scientists wrote.

Another danger is several shipping routes that transverse through the waters, as Rice’s whales rest within 49 feet of the surface during the night. 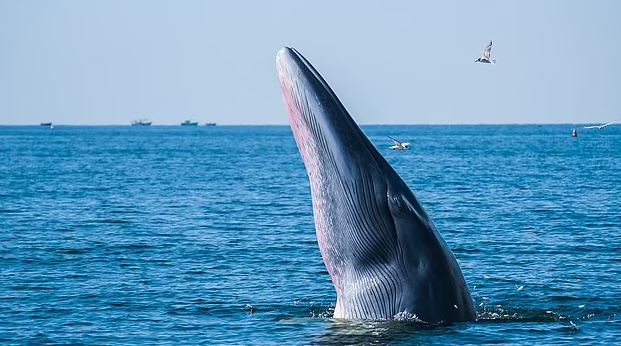 ‘One stranded whale, a lactating female, was found with injuries consistent with blunt force trauma; another, a free-swimming individual, has been observed with spinal deformities consistent with a collision injury,’ the letter states.

‘Another, a free-swimming individual, has been observed with spinal deformities consistent with a collision injury.’

While there are only 50 known Rice’s whales, the scientists are still hopeful that the species could be saved because the whales are still reproducing and previous observations of baleen whales suggest populations can bounce back if the environment improves.

‘But Gulf of Mexico whales are on the edge of extinction, and measures are urgently needed to reduce mortality and serious injury as well as to alleviate human stressors,’ reads the letter.

The only way to save the whales, according to the scientists, is to stop using the Gulf for offshore wind farms or oil and gas development, urging officials to ban drilling within the whale’s habitat and outside of it.

‘Habitat in the eastern, central, and western Gulf must be protected,’ the letter reads.

As of now, the Biden administration is full steam ahead with drilling in the northern Gulf and is ‘considering a new five-year program for offshore oil and gas leasing, as well as a new regulation and related permits and authorizations for seismic surveys in the Gulf of Mexico.’

‘The Gulf of Mexico whale is a unique part of the Gulf’s natural history and the only large whale species resident year-round in the waters of the United States. Yet few on-water measures have been established to protect it,’ scientists concluded.

‘Unless significant conservation actions are taken, the United States is likely to cause the first anthropogenic extinction of a great whale species.’

Previous newsTurkish mine explosion kills 40 and leaves many trapped
Next news ‘Not the right time’: Johnson pulls out of leadership race – Sunak could be PM as early as today