‘Not the right time’: Johnson pulls out of leadership race – Sunak could be PM as early as today 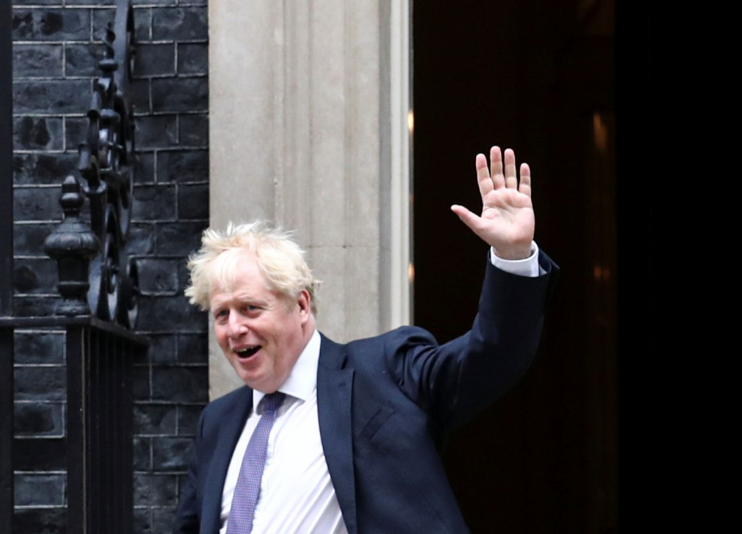 Boris Johnson has pulled out of the Conservative leadership race.

His withdrawal leaves the path open for Rishi Sunak, who has a chance of picking up the keys to Downing Street as early as today.

The former prime minister had the public backing of 59 Tory MPs – far short of the 100 required to be included on the ballot.

Mr Sunak has more than 150 backers, a significant lead over Penny Mordaunt, who has 25.

If both of them secure support from at least 100 MPs by this afternoon, Conservative Party members will have the chance to vote for their preferred candidate.

We’ll find out at 2pm who has made it on to the ballot – and if Mr Sunak is the only one to reach this threshold, he will automatically become the UK’s third prime minister this year.

In his statement, Mr Johnson said he had “cleared the very high hurdle of 102 nominations”, but came to the conclusion that “this is simply not the right time”.

Mr Johnson also said there was a “very good chance” he could have been back in No 10 by the end of the week if he had stood.

However, he said he had “reached out” to leadership rivals Mr Sunak and Ms Mordaunt to see if they could work together in the national interest, but it had not proved possible.

Mr Johnson added that although he was “attracted” to run because of the support from his colleagues, “you can’t govern effectively unless you have a united party in parliament”.

In response, Mr Sunak tweeted: “Although he has decided not to run for PM again, I truly hope he continues to contribute to public life at home and abroad.”

One of Mr Johnson’s key allies told Sky’s political editor Beth Rigby that he had said he thinks two-thirds of the party are against him and that he would be unable to govern like Liz Truss initially.

Another ally said the anti-Johnson coalition in parliament is “very loud” and “very motivated”.

The first Johnson backer to publicly switch to Mr Sunak was Nadhim Zahawi, the former chancellor, who tweeted “a day is a long time in politics”.

He had only endorsed Mr Johnson on Sunday morning.

On Sunday, several long-time allies of Mr Johnson – including Suella Braverman and Steve Baker – threw their support behind Mr Sunak.

Mr Baker, the former head of backbench Brexiteers, had warned Sky’s Sophy Ridge On Sunday that a potential comeback by Mr Johnson would be a “guaranteed disaster”.

Ms Mordaunt’s team are now hoping the departure of Mr Johnson will see a swathe of MPs who were backing him – or are yet to declare – swing behind her.

A campaign source confirmed she was still in the running, arguing she is the candidate that Labour fears the most.

Previous newsNew species of whale discovered just last year is already ‘on the edge of extinction’ in the Gulf of Mexico: Scientists call on Biden administration to BAN offshore oil drilling to save the last 50 alive
Next news Ukraine war: Kyiv denounces Russia’s ‘dirty bomb’ claims