Russia sanctions: How can the world cope without its oil and gas? 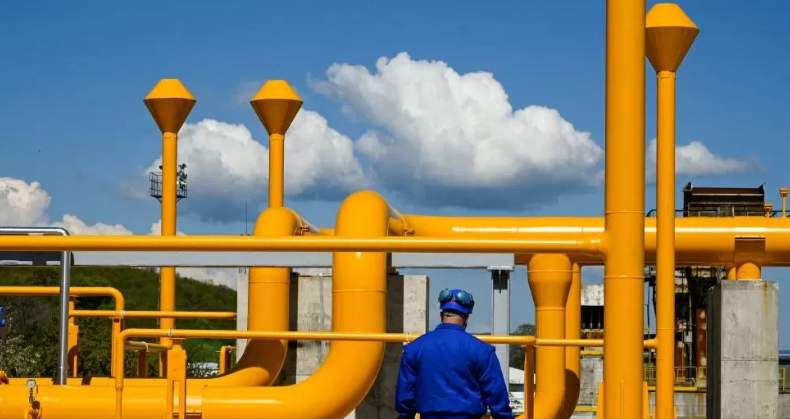 Gazprom, the Russian state-owned energy giant, said the closure of the Nord Stream 1 pipeline is needed for repairs and would last for three days.

Western countries are trying to cut their dependency on Russian oil and gas imports following the invasion of Ukraine in February.

How much Russian gas does Europe use?

Russia supplied the EU with 40% of its natural gas last year.
Germany, Europe’s largest economy, was the largest importer in 2021, followed by Italy. In 2021, the UK imported 4% of its needs from Russia, and in June this year,imported no Russian gas for the third month in a row.

The US doesn’t import any gas from Russia.

However, they are affected when Russia restricts supplies to mainland Europe, as this causes global gas prices to rise. Russian energy provider Gazprom says the Nord Stream 1 pipeline to Germany will be shut from 31 August to 2 September for maintenance, further impacting supplies.

It is also burning off an unusually large amount of gas from a plant near the start of the pipeline, although it is not clear why.

What impact are sanctions having?

The Kremlin has said that “technological problems” caused by Western sanctions are preventing Russia from supplying gas via the pipeline, without specifying what the problems were.
There has been controversy over a turbine which arrived in Germany after being repaired in Canada. Russia refused to take it back, arguing it was subject to the Western sanctions.

Since February, the EU has imposed a number of sanction packages against Russia targeting its energy industry.

Under the sanctions, energy industry equipment, technology and services are listed under items which cannot be exported to Russia from the EU.

But the European Commission has denied that Western sanctions against Moscow are an impediment to the delivery of the gas turbine from Germany to Russia. Russian gas flows through pipelines across eastern and central Europe
Gazprom has also blamed missing documents – but Siemens Energy, which produces the turbines, has rejected the suggestion it failed to provide the relevant paperwork.

The EU says it will cut gas imports from Russia by two-thirds within a year, but has stopped short of a total ban.

To help it reach its goal, member states have agreed to cut gas usage by 15% over the next seven months.

However, there’s doubt over where the EU will find alternative supplies, and it may need to ship in liquefied natural gas (LNG) in tankers from producers like the US and Qatar.

The Nord Stream 2 pipeline and the Ukraine crisis
However, energy advisor Kate Dourian says that “there aren’t enough LNG terminals in Europe. This will be a problem for Germany, particularly.”

How has Russia responded?

President Vladimir Putin has demanded that “unfriendly” nations in Europe pay for gas in Russian roubles. This helps support the value of Russia’s currency.
Poland, Bulgaria and Finland refused to do so and Russia cut off their supplies.

Several European energy companies are paying for gas via Russian bank accounts, which convert euros into roubles. They insist those payments are in line with sanctions. Will Europe run short of oil?

The EU has agreed to ban all Russian oil imports which come in by sea by the end of this year.

It will allow oil to continue to be imported by pipeline, as a “temporary measure” because countries like Hungary and Slovakia depend on it.

The US has declared a complete ban on Russian oil imports, and the volume of oil imports by the UK has fallen sharply in the last year.

Some European nations could have their oil supplies squeezed by the ban.

Lithuania and Finland got about 80% of their oil from Russia in November last year, the latest data available. The IEA – a club of oil importing countries – has released 120m barrels-worth of crude from their stocks, and President Biden ordered a major release of oil from America’s reserves.

“Nations like Saudi Arabia might start putting more oil onto the world market later in the year, and there could be more supplies from the US,” says Kate Dourian.

Helped by soaring energy prices, Russia received an estimated €400bn ($430bn, £341bn) over the past year from oil and gas exports to Europe.

The EU says its latest sanctions could cut the amount of oil it buys from Russia by 90%. However, this will take months to come into full effect, and even then Russia will be able to sell oil elsewhere in the world.

India and China have both been buying more Russian crude in recent months because its price has dropped.