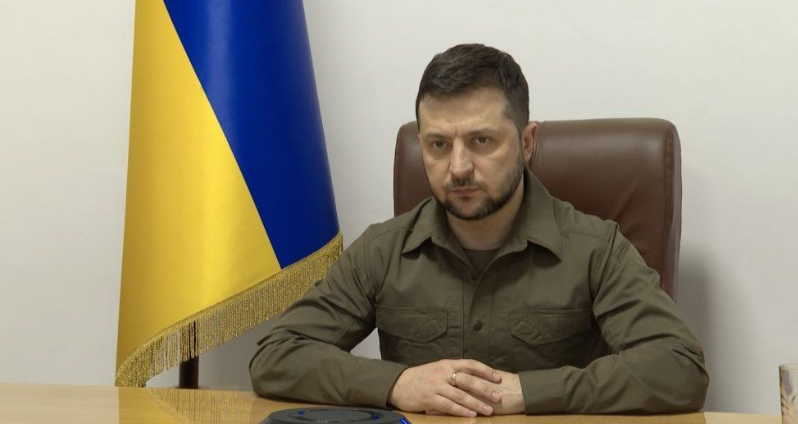 Ukraine’s President Zelensky said he has “good news”, claiming the recapture of several settlements from Russia.

Rumours have swirled for days about a possible breakthrough in the eastern Kharkiv region, but with no word from Ukrainian officials.

Mr Zelensky declined to name which places had been retaken, saying that “now is not the time to name” them.

Speaking in his nightly video address to Ukrainians, President Zelensky said there was “good news” about the rumoured success of Ukrainian troops.

“I think every citizen feels proud of our soldiers,” he said, naming specific military units and applauding their bravery in combat.

But he said: “Now is not the time to name the settlements to which the Ukrainian flag returns.”

Ukraine has tightened its operational security in recent weeks, sharing few details about a widely expected counter-offensive in the east and south.

Ukrainian soldiers have launched an offensive south-east of Kharkiv, towards the eastern region of Donetsk, over which Russia has maintained substantial military control since the war began six months ago.

Some reports suggest Ukrainian forces may be a few dozen kilometres from the city of Izyum, an important link in Russia’s military supply chain.

Speaking at an event in the United States, Colin Kahl – the Under-Secretary of Defense for Policy – suggested that Ukrainian forces were performing better than Russian troops in some areas.

“It is early days. I think the Ukrainians are making slow but meaningful progress. And we’ll see how things pan out,” he was quoted as saying by Reuters news agency.

“But I certainly think things are going better on the Ukrainian side right now in the south than is true on the Russian side.”

The situation, however, remains fraught.

In its nightly update, the Ukrainian General Staff said on Wednesday that it had “repelled all Russian attacks” in the Kharkiv and Donetsk regions – but that both sides continued to exchange artillery and air strikes, damaging a dozen different places.

President Zelensky also said on Wednesday that Ukraine’s national budget next year would be that of a country at war – with more than a trillion hryvnia ($27bn; £23.5bn) spent on defence.

But he promised key social provisions such as pensions would be maintained.

However, “it is necessary to reduce as much as possible all non-critical expenses”, he warned – “all that does not help defence, does not help the economic development of the country, social and cultural provision of our people”.

Separately, US and UN observers raised concerns over the fate of civilians in Ukraine as the war continues.

A senior UN human rights official said the organisation was concerned about the displacement of people in Ukraine – and particularly the fate of children.

“There have been credible allegations of forced transfers of unaccompanied children to Russian-occupied territory, or to the Russian Federation itself,” warned Ilze Brands Kehris, Assistant Secretary-General for Human Rights.

Her agency is concerned that Russia has created “a simplified procedure” to provide those children with Russian citizenship, and potentially have them adopted into Russian families, she said.

Such moves would breach the Geneva Convention, she added.

The US, also on Wednesday, said it was concerned about a similar forced movement of Ukrainians – but of adults.

The State Department accused the Kremlin of having lists of Ukrainians to be forced into areas of the country under Russian control as part of what it calls “filtration operations”.

“Filtration is a dehumanising word, describing a massive campaign that the Kremlin has launched to imprison, to forcibly deport or disappear those Ukrainian citizens Moscow decides could be a potential threat,” spokesman Vedant Patel said.

“Victims of filtration are given no choice but to submit or face dire consequences.”

He described the system as a large-scale and advanced operation involving technology such as facial recognition and phone tracking – and said the US had evidence linking Kremlin officials to the project.