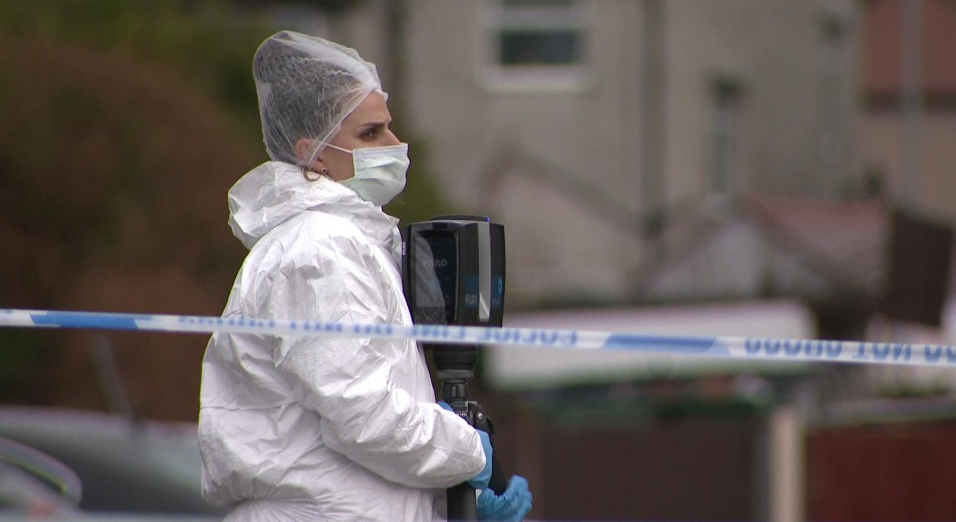 Friends have described how they thought they heard fireworks before they saw Ms Edwards lying on the floor.

Police investigating the shooting of Elle Edwards on Christmas Eve say they’ve had “some tremendous intelligence” but are still searching for the gun that killed her.

Forensic officers remained at the Lighthouse Inn on Wednesday, the pub where the 26-year-old was killed on Christmas Eve.

The area outside and part of the car park remained behind a cordon four days after Ms Edwards was killed while out with friends in Wallasey Village, Merseyside.

Deputy Chief Constable Ian Critchley said police “had received some tremendous intelligence and community support to help us with our investigation”.

He said officers “will not rest” until they get justice for Ms Edwards’ family.

“I am still appealing for information in relation to anybody who knows who the person was responsible for pulling that trigger in the most indiscriminate, most appalling way,” he told reporters.

“Anybody who knows where the weapon is, anybody who has harboured or has any information at all, we still want to hear from them.”

Ms Edwards’ family has been left “devastated” and “inconsolable” by her death, police said in their appeal to the public for information.

Friends of Ms Edwards told  were dancing and enjoying a night out when “in a split second” everything changed.

Meg and Jess, who did not give their surnames, told Sky News they thought the gunshots they heard were fireworks until they saw their friend lying on the floor.

“We went to go get a drink and we were at the bar and we just heard bangs,” Jess said.

“I could see her on the floor, people around her trying to help her.

“It plays on your mind, knowing whether she should have gone home,” she said, adding: “We had been dancing and singing and now she’s on the floor.”

Members of the Wirral community have also been paying emotional tributes to Ms Edwards.

Wirral Borough Council leader Jeanette Williams said the “most heart-breaking aspect” was that she was not the intended target of the attack.

On Wednesday, Merseyside police renewed their appeal for anyone with information or dashcam, CCTV or mobile phone footage to come forward.

Chief Constable Serena Kennedy pledged a “relentless” search for those responsible for the “callous and cold-blooded murder”.

Previous newsGod Of War Ragnarok: How a man without sight could play one of the biggest games of the year
Next news US snow storm covers houses in ice as people struggle to dig out after deadly blizzards