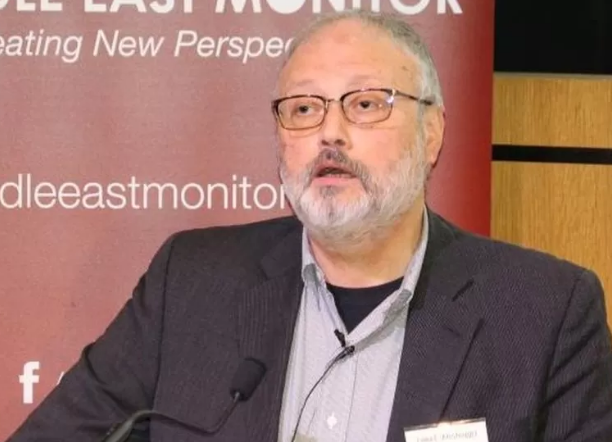 Mr Khashoggi, a prominent Saudi critic, was murdered at the Saudi consulate in Istanbul in October 2018.

US intelligence has said it believes Prince Mohammed ordered the killing.

But in court filings, the US State department said he has immunity due to his new role as Saudi prime minister.

She – along with the human rights group Democracy for the Arab World Now (Dawn), founded by Mr Khashoggi – had been seeking unspecified damages in the US from the crown prince for her fiancé’s murder.

The complaint accused the Saudi leader and his officials of having “kidnapped, bound, drugged and tortured, and assassinated US-resident journalist and democracy advocate Jamal Khashoggi”.

The secretary general of Amnesty International, Agnes Callamard, said: “Today it is immunity. It all adds up to impunity.”

The official explanation for this granting of immunity to a man the CIA suspects was complicit in Mr Khashoggi’s murder is that the Saudi crown prince’s status formally changed in September when he was named prime minister. But this change is largely academic.

It was always highly unlikely that the US, as Saudi Arabia’s strategic partner and arms supplier, was ever going to facilitate the arrest of MBS. But granting him immunity in this way will cause some relief in the Saudi royal court and has provoked a storm of protest from human rights groups as well as Mr Khashoggi’s fiancée.

Underlying all this is Washington’s desire to improve its poor relations with the Saudi leadership. It’s no secret that MBS and President Biden dislike each other and the Saudis’ recent refusal to pump more oil to lower US fuel prices was taken as a snub in Washington. Added to that, the Saudis have an increasingly warm relationship with both Russia and China.

There will be many in the royal court who will be quietly hoping for the return of Donald Trump to the White House, who chose Riyadh for his first overseas visit as President.

Prince Mohammed was named crown prince by his father, King Salman bin Abdulaziz Al Saud, in 2017. The 37-year-old was then handed the role of prime minister in September this year.

He denies any role in the killing of Mr Khashoggi.

Justice Department lawyers said that as “the sitting head of a foreign government,” the crown prince “enjoys head of state immunity from the jurisdiction of US courts as a result of that office.”

But the Biden administration was keen to emphasise that the ruling was not a determination of innocence.

“This is a legal determination made by the State Department under longstanding and well-established principles of customary international law,” a spokesperson for the White House National Security Council said in a written statement.

“It has nothing to do with the merits of the case.”

Saudi Arabia said the former Washington Post journalist had been killed in a “rogue operation” by a team of agents sent to persuade him to return to the kingdom.

However, US officials said the CIA had concluded, “with a medium to high degree of certainty”, that MBS was complicit.

The murder caused a global uproar and damaged the image of Prince Mohammed and his country.

It also led to a major downturn in US-Saudi relations, with Mr Biden vowing to make Saudi Arabia a “pariah” while he was campaigning for the presidency in 2019.

But over the summer, President Biden said he wanted to “reorient” relations, ahead of a visit to Saudi Arabia in July.

His visit – in which he was pictured fist-bumping the crown prince – was criticised as validating the Saudi government following Mr Khashoggi’s murder.

Sarah Leah Whitson, executive director of Dawn, wrote on Twitter that it was “beyond ironic that President Biden has single-handedly assured MBS can escape accountability when it was President Biden who promised the American people he would do everything to hold him accountable”.

Thursday’s decision gave the Saudi leader “a license to kill”, according to the son of exiled former Saudi security official Saad al-Jabri, who has accused Prince Mohammed of targeting his family and of sending a hit squad to Canada to kill him.

“After breaking its pledge to punish MBS for Khashoggi’s assassination, the Biden administration has not only shielded MBS from accountability in US courts, but rendered him more dangerous than ever with a license to kill more detractors without consequences,” Khalid al-Jabri said in quotes cited by AFP.

Amnesty’s Agnes Callamard wrote on Twitter: “This is a deep betrayal. Another one. First disregarded by Pres. Trump. Then Pres. Biden’s fist bump… At all points, they had other choices.”