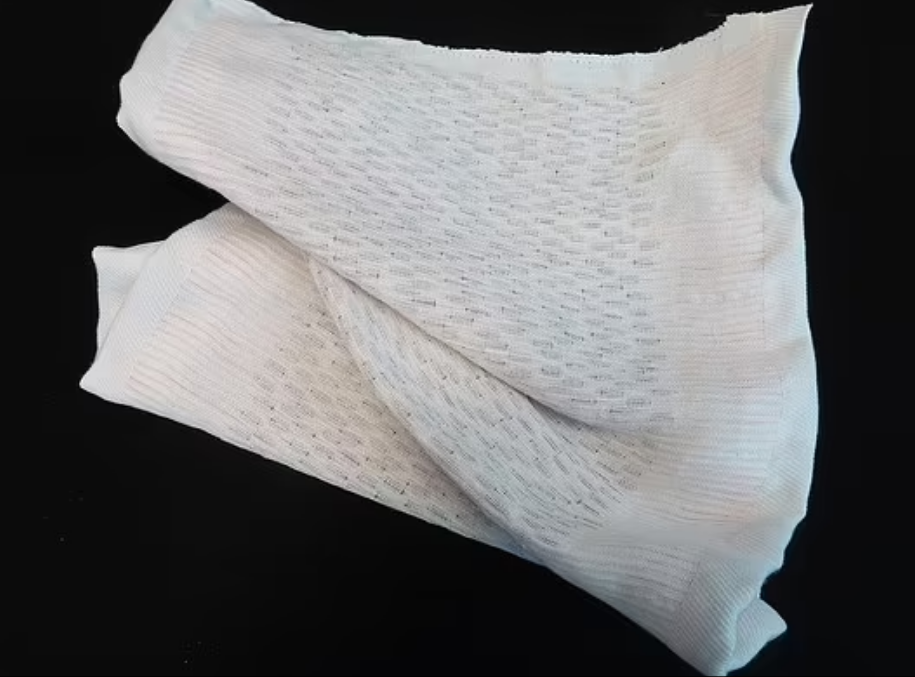 Researchers have created textiles embedded with 5 mm-long solar cells
A 51 cm by 27 cm fabric piece contains about 1,200 – enough to charge a phone
It could used as clothing that will be able to power devices through solar energy

Having your phone run out of power when you’re out and about can leave you feeling lost – literally and metaphorically.

But this problem could soon be a thing of the past, as scientists have developed clothing that can charge devices using solar power.

A woven textile embedded with 1,200 miniature photovoltaic cells – or solar panels – have been created by researchers at Nottingham Trent University.

These can harness 400 milliwatts of electrical energy from the sun – enough to charge a smartwatch or mobile phone – and could be used to make clothes.

‘Until now very few people would have considered that their clothing or textiles products could be used for generating electricity.’

He added: ‘The material which we have developed, for all intents and purposes, appears and behaves the same as any ordinary textile, as it can be scrunched up and washed in a machine.

‘But hidden beneath the surface is a network of more than a thousand tiny photovoltaic cells which can harness the sun’s energy to charge personal devices.’

Each solar cell has a waterproof polymer resin coating, and they are connected with strong, flexible wiring within the breathable material.

In future, it could be incorporated into a piece of clothing like a jacket, or used as part of an accessory such as a backpack.

Designers have ensured it is able to be exposed to the same forces as everyday clothing and can be washed in a machine at 40°C with other laundry.

Tests showed that the material generated a power output of 335.3 milliwatts in 103200 Lux sunlight.

They estimate that under 120,000 Lux – direct sunlight at noon – it would generate up to 394 milliwatts of electricity.

Dr Hughes-Riley said: ‘Electronic textiles really have the potential to change people’s relationship with technology, as this prototype shows how we could do away with charging many devices at the wall.

‘This is an exciting development which builds on previous technologies we have made and illustrates how it can be scaled up to generate more power.’

PhD candidate Matholo Kgatuke, added: ‘This project shows how e-textiles can be at the forefront of sustainability and that they have the potential to reshape our existing conceptions of technology.

‘We have combined long-established weaving techniques with modern technology to create future products which may change people’s perceptions of clothing and electronics.’