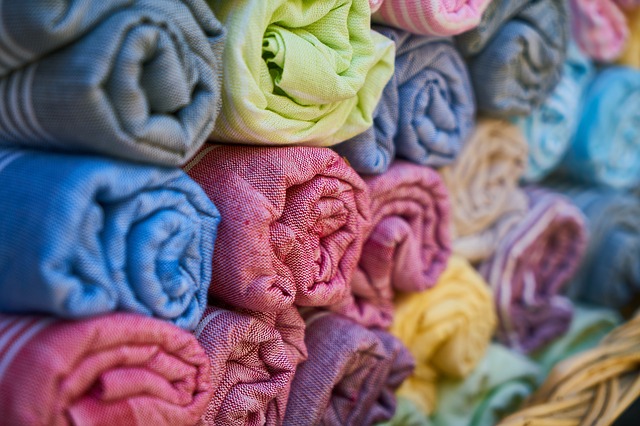 According to United Nations’ projections, global population is estimated to reach 8.5 billion by 2030, and further exceed 9 billion by 2050. The consumption of textiles depends directly on the growth of population and consumer spending levels.
In terms of demand, Asia Pacific led the global textile chemicals market in 2018, and the same trend is anticipated to continue throughout 2019 and 2027. Changing consumer needs and an evolving retail marketplace are factors driving the apparel sector in Asia Pacific. The apparel sector in Asia Pacific is projected to expand at a CAGR of nearly 5% during the forecast period.
The technical textiles market has witnessed evolution from passive to active smart and ultra-smart fabrics over the last few years. First-generation passive fabrics were capable of sensing only environmental stimuli, whereas, second-generation active fabrics included actuators, sensors, and a control unit in order to sense electric, thermal, and other stimuli.
The demand for textile chemicals in Bangladesh is projected to rise at a CAGR of ~3% between 2019 and 2027. Bangladesh’s exports of clothing and apparel more than trebled between 2008 and 2018. The country is estimated to continue to receive increased number of orders for its finished garments from international partners in the near future, due to the availability of cotton as well as other fabrics at a low price.

Focus on enhancing the functional quality of textile chemicals and cost reduction are likely to be key factors driving the global textile chemicals market in the next decade.
Major players operating in the global home textiles industry, such as IKEA and H&M Home, are expanding their presence in Asia Pacific in order to tap immense opportunities in the region. Moreover, the advent of e-Commerce in the home furnishing sector is expected to boost the home furnishing textiles segment in the global textile chemicals market during the forecast period.
The demand for textile chemicals in India is anticipated to rise at a rapid pace, as the country is a leading exporter of textiles in Asia Pacific. Since 2014, around 19 Textile Park projects have been sanctioned in India, under the Scheme for Integrated Textile Park (SITP) in the Public Private Partnership (PPP) mode, with 40% government assistance valuing up to INR 40 Crore (US$ 5.6 Mn). The country’s share in the Asia Pacific textile chemicals market is likely cross 11% by 2027.
Europe has also been a significant consumer of carpets and technical fibers over the last few years. Europe has become a leader in the digital printing of textiles, wherein, designs are printed on fabric by a printer that is controlled by a software. These trends depict significant potential for the growth of the textile chemicals market in the region.
The Ministry of Industry & Trade of Russia is focusing on supporting technical textiles and nonwovens industries in the country. The Government of Russia aims to increase the share of domestically made technical textiles in the local market up to 80% by 2020. Lately, the country has been utilizing its large reserves of oil and other resources, including timber and other raw materials, for the production of synthetic fibers.

In January 2018, Lubrizol introduced two breathable thermoplastic polyurethane resins of microbe-resistant grade for use in hot-melt adhesives. These products, i.e. Pearlbond 360 TPU and Pearlbond 960 TPU, can be used in applications such as technical textiles, apparel, footwear, and conveyor belts.
On June 9, 2017, Evonik Industries AG announced an increase of up to 6% in the prices of its products for applications such as textiles, tissues, metalworking fluids, and industrial applications. The move was aimed to strengthen the company’s position in the global textile chemicals market by focusing on providing better technical services.