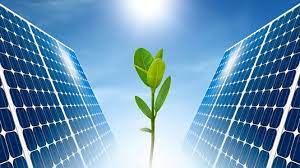 What is a Solar Panel?

The solar panel is a device that works as long as sunlight is available. It consists of photovoltaic cells that transform solar energy into electric and heat energy. Solar energy has changed our life. As we all know, besides drying clothes and photosynthesis, solar energy offers more to us, but how? Solar Panel is the key to our question.

Everything You Need to Know

Interested to know? Besides, being a source of electricity, it is creating a massive wave in the automobile world. Currently, four vehicles ruling thereby revolutionising the world of comfort, speed as well as aesthetics. Solar – power yacht, solar electric cars, solar aircraft, and solar-panelled hyperloop train hyper looping air, sea, and land transport.

A solar-powered yacht- Visualize a luxury yacht on the deep blue sea, making no noise, emitting no fumes cruising miles after miles. Solar electric cars- Sono motors made the dream possible thereof embedding invisible solar cells onto the doors and hood of the all-new Sion. Solar aircrafts mesmerised the world when the Solar Impulse 2 circumnavigated the earth without using any fuel. A solar fuelled aircraft not only navigating distances but also exploring opportunities in creating jobs. Now, comes the solar-powered hyperloop train that is enthralling the world of transport. A hyperloop train is offering people not only a mode to travel long distances, but also clean and fast transportation.

Now, take a quick round around your home. What are the things we are using based on solar energy? Find out. It is not difficult. Solar energy is not only indispensable but also cost-effective and efficient.