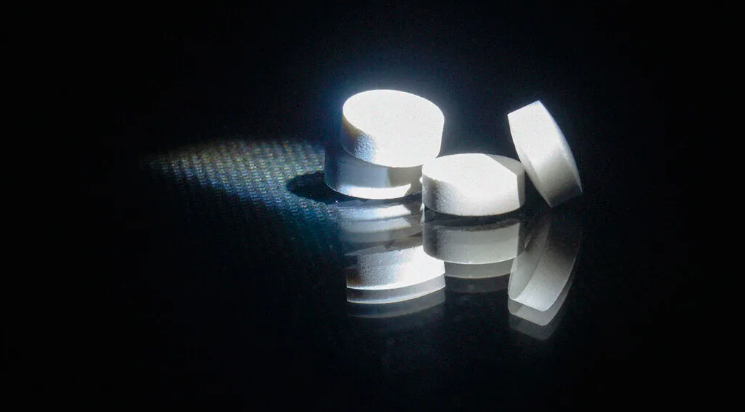 A​ recent study published inJAMATrusted Source examined how stopping aspirin can benefit some people who are already taking warfarin.

The results indicate that some people may have a reduced bleeding risk if they discontinue aspirin while on warfarin.

The data is an important reminder for people to discuss their medication use with their doctors.

Uses for aspirin and warfarin

Warfarin (also known as Jantoven or Coumadin) is an anticoagulant medication, commonly known as a blood thinner. It helps to prevent blood clots and reduce the risk of heart attack or stroke in people who are at high risk of developing blood clots. The following individuals may take warfarin:

people with mechanical heart valves
​people who have experienced a heart attack
people with atrial fibrillation (A-fib), an abnormal heart rhythm
Aspirin is a nonsteroidal anti-inflammatory medication. It has multiple uses, including pain relief and reducing inflammation. Some people take aspirin to help reduce their risk of heart attack or stroke.

In some cases, people may take both warfarin and aspirin. However, this is not always medically indicated. Since both drugs carry risks of serious bleeding, it is vital for people to discuss their medications with their doctors, including over-the-counter medications like aspirin.

“Aspirin is not a benign medication, even if it’s available over the counter. Be sure to discuss with your doctor the potential benefits and harms of aspirin and determine if you should or should not be taking aspirin. This is especially true if you take another blood thinner medication.”

The study examined the impact of reducing aspirin use among people taking warfarin. It specifically included participants on warfarin who did not have a clear indicator for taking aspirin as well.

For example, researchers sought to review the aspirin use of people who didn’t have a previous history of coronary artery disease or heart attack.

The observational study included over 6,000 adult participants taking warfarin either for A-fib or blood clots. Working with primary care professionals, participants were evaluated for whether or not they needed to take aspirin and warfarin.

Aspirin was discontinued when it was deemed medically unnecessary.

The researchers found that discontinuing aspirin was associated with a decreased risk for bleeding among participants.

This included risk for major bleeding episodes and emergency room visits related to bleeding. They further found that discontinuing aspirin was not associated with increased blood clot events.

“First, we were able to show that among patients who take an anticoagulant, like warfarin, and are also taking aspirin without a clear indication, stopping aspirin can reduce bleeding risk. Second, we were able to show that a systematic approach to assessing the need for aspirin and helping patients stop aspirin when it’s not indicated can be highly effective. This is an excellent example of anticoagulation stewardship.”

Researchers acknowledged that their study had several limitations.

First, they note limits based on the methods in data collection and the study participants. They note that the study could not determine the cause, some data can be missed, and the results cannot be generalized.

The use of aspirin was also participant-reported, increasing the risk for data collection errors.

The study only included participants from one state, and researchers could not accurately collect information on incidents of myocardial infarctions as well as they would have liked to. Participants could have received medical care for events that the study could not capture. The number of events that occurred was low, which limits some of the data analysis. The study also lacked a control group.

Overall, the study serves as an important reminder for the careful use of medication and how some medications, like aspirin, are not always needed. As indications are different for everyone, some people will still require the use of aspirin plus warfarin, or aspirin plus a newer type of blood thinner like Eliquis or Xarelto.

People should work carefully with their doctors to take medications appropriately.

“This study has significant results which will help physicians determine high-risk patients on combination therapy for bleeding and to take them off aspirin. This has to be studied in patients on new oral anticoagulants too. For now, the patients with recent heart attacks, heart valves, coronary and carotid stents, and peripheral stenting who need anticoagulation will still require combination therapy of aspirin/clopidogrel plus warfarin/Eliquis/Xarelto.”

“While we were able to show a reduction in bleeding when we stopped aspirin among patients on warfarin, we need to understand how best to implement this same approach for patients taking direct oral anticoagulants, including apixaban and rivaroxaban. Patients using these medications usually are not followed in an anticoagulation clinic. So we need to develop new ways to systematically review their medications and de-prescribe unnecessary medications.”

Previous newsWhat next for mortgage rates? A wave of major lenders including Halifax pull deals from sale as market is rocked by rumours of emergency hike
Next news Ukraine war: Russia claims win in occupied Ukraine ‘sham’ referendums