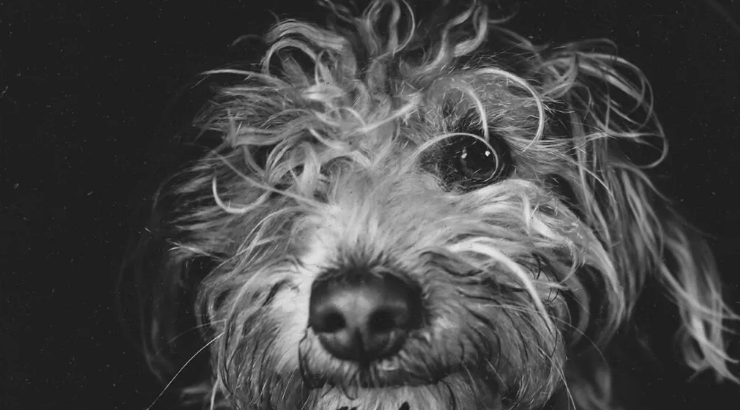 Humans have developed multiple ways to put the canine olfactory system to work. Trained diabetic alert dogsTrusted Source warn owners when they smell changes in their blood sugar. Researchers have taught dogs to detect people with malaria parasitesTrusted Source by their odor.

Dogs can even be trained to distinguish between absorbed breath samples of individuals with lung cancerTrusted Source and healthy people.

When under stress, humans can experience physiological changesTrusted Source, including epinephrine and cortisol being released into the bloodstream, as well as an increased heart rate, blood pressure, and respiration.

Recently, researchers from Queen’s University Belfast and Newcastle University in the U.K. sought to find out whether these physiological changes would cause the odor of sweat and breath of a stressed individual to differ from the usual smell of their sweat and breath. If they did differ, they wondered, would they be detectable by dogs?

For this proof-of-concept study, published in PLOS ONETrusted Source, the researchers reported that canines could indeed pick out samples of breath and sweat taken from an individual experiencing psychological stress with an accuracy of 93.75%.

“It was fascinating to see how able the dogs were at discriminating between these odors when the only difference was that a psychological stress response had occurred,” Clara Wilson, the lead author of the study and a Ph.D. candidate studying canine olfaction and behavior at Queen’s University, told Medical News Today.

Training dogs to sniff out stress

Researchers recruited pet dogs from the Belfast area for the study.

Researchers selected 20 dogs for consideration. After some dogs were eliminated from the study for a number of reasons, including losing interest as the training progressed, four dogs completed the training process.

The four selected dogs included a male cocker spaniel, a female cockapoo, and two mixed-breeds dogs, one male and one female. The dogs ranged in age from 11 to 36 months.

The study began in December 2019. According to Wilson, the dog training had to pause for about a year during the pandemic. She said that, in total, the dogs trained for an hour each week for about 10 months.

“The training was very extensive, as the premise was that the dogs needed to be consistently able to discriminate between two very similar human odors with known differences at above 80% correct for multiple sessions,” Wilson told MNT.

For the study, researchers used a contraption: a base with three aluminum arms. Each arm came with a cylindrical port that had a removable lid.

First, the dogs were trained to stand or sit in front of the apparatus with their noses touching it for 5 seconds.

Next, researchers placed a sweat sample taken from volunteers on gauze and a piece of food inside one of the ports. The two other ports were filled with unused gauze.

When the dog successfully identified the port containing food, the researcher clicked the clicker and gave the dog a food reward. Once the dog was able to identify the food port correctly on 8 out of 10 attempts, the food was removed.

In this training stage, the dogs were presented with a port containing a piece of gauze containing sweat and breath from the same person used in the previous challenge (the target), a sample from a new person, and a blank. Dogs had to pick the target sample 16 out of 20 attempts for two consecutive sessions before going on to the next training stage.

For that stage, researchers presented the dog with breath samples taken from the same person at two different times of the day. The sample used in the morning was typically used as the target sample. Once dogs were successful with this challenge, the researchers allowed them to move on to the testing phase.

Researchers recruited 53 human participants. Of those, 40 completed the study in person, and 13 completed it remotely due to the pandemic.

Next, the participants were asked to complete a mental arithmetic task, which involved counting out loud backward from 9,000 in units of 17 without the use of a pen or paper in front of the researchers.

As they counted, two researchers watched, either in person or using online meeting software. During the task, the researchers would sternly say things like, “you must keep going until the task is completed.”

Additionally, researchers monitored the heart rate and blood pressure of participants who completed the study in person.

The samples were collected from 30 females and six males with a mean age of 25.42 years. Participants included 30 people who identified as white, three as Asian or Asian British, two as mixed or multiple ethnic groups, and one as Black, African, Caribbean, or Black British.

Samples were shown to dogs within 3 hours of being collected.

Detecting the smell of stress

In the first phase of testing, the researchers filled the port with a sweat and breath sample from a stressed participant and two blank samples.

Each dog completed 10 phase 1 trials and 20 phase 2 discrimination trials. For the study, the researchers focused on the phase where dogs had to discriminate between the stressed and baseline samples.

“The way we tested this provides much-needed controlled evidence that the human stress response changes our emitted odor profile and that dogs can detect this,” Wilson said.

Alan Beck, Sc.D., director of the Center of the Animal-Human Bond at Purdue University College of Veterinary Medicine in Indiana, who was not involved in the study, told MNT that he wasn’t surprised to read that dogs could pick out the sweat and breath sample of a stressed human.