The Senegal man on a mission to plant five million trees 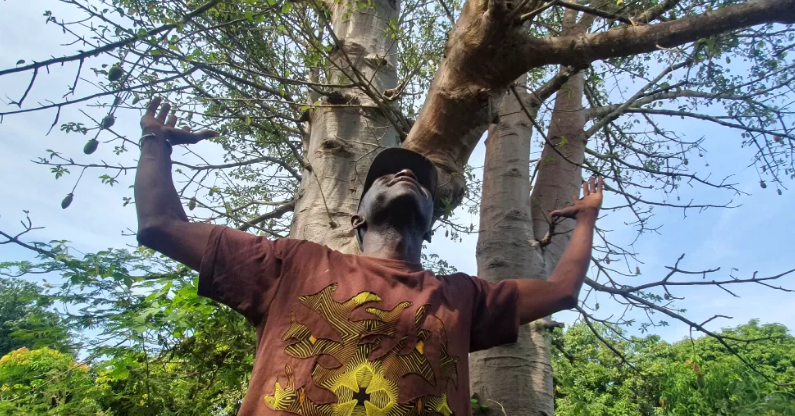 A man in southern Senegal has set himself the ambitious task of planting five million trees over the next five years.

This visionary project came to Adama Diémé when he returned home to the Casamance region in 2020 after a few years working in Europe.

The 48-year-old was shocked that in villages that were populated with hundreds of gigantic trees in his youth, only a handful, if any, now remained.

“In some villages, you can’t find one tree. They cut them but they don’t think about planting again.

Across Africa desertification is one of the reasons blamed for deforestation but, in this area, along the sweeping expanse of the Casamance River, the trees are more likely to have been cut down for construction purposes like building houses, or to make charcoal.

Mr Diémé, who now works as a project manager for a Spanish non-governmental organisation in Casamance and also volunteers as an agricultural trainer, is determined to change all that.

With no great reserves of wealth, he began to raise money to make his dream a reality – and has used $5,000 (£4,100) from his own pocket to kick-start the initiative.

He has been working hard to engage with communities across the region and to reach out to women, who he knew would be able to rise to the challenge of organising the mass planting of seedlings.

“You go into a village and there’s no women, it’s a disaster,” Mr Diémé said.

“But if you go to a village with only women, it’s paradise – they are hardworking and work all day every day.

“If you want to lead a good project start with women,” Mr Diémé added.

What he has done is to couple his passion to plant trees by helping women gain skills to become small-scale farmers and sell their produce at local markets.

“At first, we didn’t know how to plant the seeds and what to do to grow the crops,” one of the women, Safi Yetou, said.

“Now we have all sorts of fruits to sell at the market and we are not dependent on anyone. We all have an account in the bank now and no-one can tell me what I can and can’t do. It’s brilliant.”

Mr Diémé’s project is known as Ununukolaal, which in the local language Jola means “Our Trees”.

Up to 12 kinds are being planted, from palms and tamarinds to kapoks and lemon trees – the varieties depend on the needs of the community and the terrain.

Over the last three years more than 142,000 seedlings have been tended and have taken root.

It means a staggering amount of planting still needs to be done if Mr Diémé is to reach his goal within the next five years – but he and his partner Yolanda Pereñiguez are not daunted.

Ms Pereñiguez works as a tailor and has been key in helping organise funds by designing a T-shirt that is mainly sold abroad for $15 (£13).

Along with her colleague Raymonde Coly, they work in a tiny workshop with two sewing machines to make them from local cloth, with a distinctive baobab image stitched on. Each one sold can pay for 15 tree seedlings.

“I chose the baobab as it’s the symbol of an African tree,” said Ms Periniguiz. “It’s great to know that these T-shirts are going all over the world, to Europe and even Canada to help with the tree project.”

Baobabs to save homes

As we ventured further into Casamance by dug-out canoe, itself built from a single piece of wood hewn from the roots of a kapok tree, the true value of the project was brought into focus.

On a small village island in the middle of the river, water encroached right up to the outlying buildings – and in some cases even underneath others perched on stilts.

Ten years ago, the water levels meant the water’s edge was much further away and would hardly even reach the village, except at the height of the rainy season.

Now it is a desperate situation and if it gets worse it could mean leaving residents homeless.

“We’ve lived on this island for hundreds of years – but if the water comes much further we will have to leave and be dispersed all over the place,” said Conakry Bassene, one of the village leaders.

Baobab trees, which can live on land and in salty or fresh water, have now been planted along the shoreline as a barrier. The saplings flap in the breeze, with the promise, one day of fruits and even shade.

“The trees can save us,” said Mr Bassene.

“The trees, they are our hope for life.”