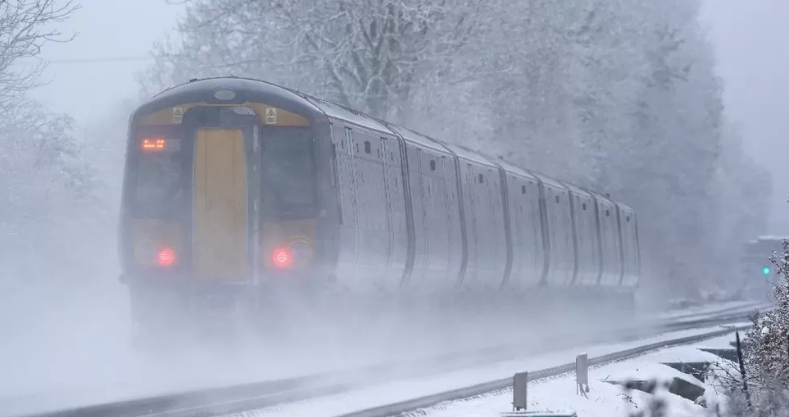 The National Trust has warned that extreme weather seen in the UK in 2022 has set a benchmark for what a typical year could be like from now on.

In its annual review, it described such conditions as the “new normal”.

It said this year was a “stark illustration” of the difficulties many UK species could face without more action to tackle climate change.

The hot summer and months of low rainfall dried up rivers, fragile chalk streams and ponds, damaged crops and natural habitats, and fuelled wildfires that destroyed landscapes, the charity said.

In a separate report, the Met Office said 2022 is set to be the warmest year on record for the UK.

The weather forecaster said its provisional figures suggest all four seasons range in the top 10 since records began in 1884, with the 10 warmest years taking place from 2003 onwards.

The weather extremes of 2022

In February, Storm Franklin became the third named storm to hit the UK in a week – following Dudley and Eunice – the first time this has happened since the storm naming system was introduced in 2015
A new record UK high of 40.3C was recorded at Coningsby in Lincolnshire on 19 July 2022
An official drought was declared in large parts of England in August, as low-water levels and tinder-dry conditions gripped the UK
Autumn 2022 was one of the UK’s warmest, with November being 1.8C above average, making it the third warmest on record, behind only 2006 and 2011, according to the Met Office
December’s cold snap put the UK in the grip of a spell of severe cold weather, with snow, ice and fog warnings in place across the UK

The dry conditions affected natterjack toads, whose shallow ponds for breeding dried up, and bats that had to be rescued in the heatwave.

Trees planted last winter to store carbon and boost woodland habitat were hit by the drought and extreme heat, with 50% of saplings lost on estates such as Wimpole in Cambridgeshire and Buscot and Coleshill in Oxfordshire.

In contrast, the calm, dry spring weather resulted in a few success stories, especially for this year’s apple harvest due to the lack of late frosts and blossom lasting on the trees for longer.

Many parts of the UK have seen an abundance of seeds and nuts such as acorns, beech masts, rowan berries and elderberries including the east of England, North and Northern Ireland.

This phenomenon, known as a mast year, usually happens every four to five years but this year’s has been unusual, with trees fruiting earlier than normal.

The National Trust’s climate change adviser, Keith Jones, said there was “no escaping” how challenging this year’s weather had been for nature.

“Drought, high temperatures, back-to-back storms, unseasonal heat, the recent cold snap and floods means nature, like us, is having to cope with a new litany of weather extremes,” he said.

He added weather experts were predicting the future would see more torrential downpours, along with very dry and hot summers.

Alongside the weather extremes this year, wild birds were also hit by avian flu, with thousands of seabirds dying in colonies on the Farne Islands off the coast of Northumberland, where they had returned to breed.

The National Trust said conservation work to improve habitats was helping make the environment and species more resilient to the changes brought by rising temperatures.