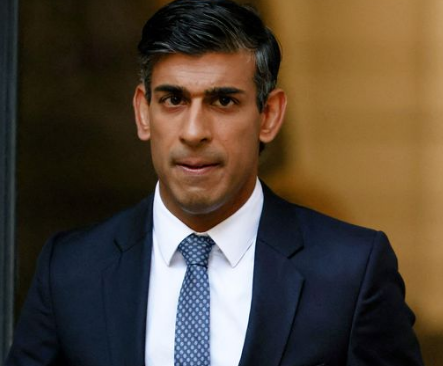 Rishi Sunak won the leadership race yesterday after Commons leader Penny Mordaunt bowed out at the eleventh hour, having failed to get the 100 nominations from Tory MPs required by the 2pm deadline.

Rishi Sunak is being urged to overhaul the cabinet on his first day as prime minister.

Foreign Secretary James Cleverly told Sky News that the new PM’s government should feature the best ministers available – rather than focusing on those who are loyal.

“We have got to have the first 15 on the pitch. I know that Rishi understands that,” Mr Cleverly said.

The new prime minister will be officially appointed by King Charles this morning, and is set to make a public address in front of Number 10 before lunchtime.

Reports suggest he is planning to build a cabinet of “all the talents” that will see the political return of the “adults”.

Many of the most senior posts are expected to go to those who have consistently supported him – including when he lost to Ms Truss in the last Conservative leadership race that began just three months ago.

Newly appointed Home Secretary Grant Shapps will be hoping to keep his job after backing Mr Sunak both in July and in recent days.

Mr Hunt is widely expected to remain in Number 11 as he works towards a highly anticipated fiscal statement on Halloween, as part of attempts to stabilise jittery markets.

But another source in the new PM’s camp told Sky News that discussions are still ongoing – and cautioned that no decisions have been made.

And Penny Mordaunt – who bowed out of the race after failing to get the required 100 nominations from Tory MPs – could also receive some kind of promotion.

There is speculation that she could replace Mr Cleverly in the Foreign Office, and a source close to Ms Mordaunt has told Sky News that she would like to be offered the role.

Suella Braverman and Kemi Badenoch – favourites of Conservative members to the right of the party – will also be hoping to serve in Mr Sunak’s top team after endorsing his latest campaign.

Veteran cabinet minister Michael Gove – who was sacked as levelling up secretary in the dying days of the Johnson government – and former defence secretary Gavin Williamson are other high-profile backers of the Sunak campaign who could be rewarded.

Mr Sunak will become the country’s first Hindu leader and the UK’s youngest prime minister in modern political history – beating all his predecessors except William Pitt the Younger, who was just 24 when he took office in 1783.

Speaking to Tory politicians yesterday, he acknowledged the “profound economic challenge” that the nation now faces – and reportedly warned that the party must “unite or die” as they focus on delivering the public’s priorities.

He now has the difficult task of steering the nation through a crisis that was exacerbated by Ms Truss’s government’s disastrous mini-budget, which caused the pound to fall to a record low.

Last week, she resigned after just 44 days in office.

In an 86-second address to the nation yesterday afternoon, Mr Sunak promised to serve with “integrity and humility” and praised Ms Truss for having served during “exceptionally difficult circumstances”.

Chancellor of the Duchy of Lancaster Nadhim Zahawi said Mr Sunak becoming prime minister proves “the United Kingdom is a place where you can achieve amazing things”.

But opposition parties have reiterated their calls for an immediate general election – stressing that Mr Sunak has “no mandate” to govern.

Shadow health secretary Wes Streeting has said “the public are clamouring for a say”, adding: “The Conservative Party is a sclerotic mess.

“They are chaotic and who’s to say Rishi Sunak isn’t going to be out in six months’ time because you can hear the knives sharpening in Westminster of the disgruntled Borisites … who still think Rishi knifed Boris Johnson in the back.”