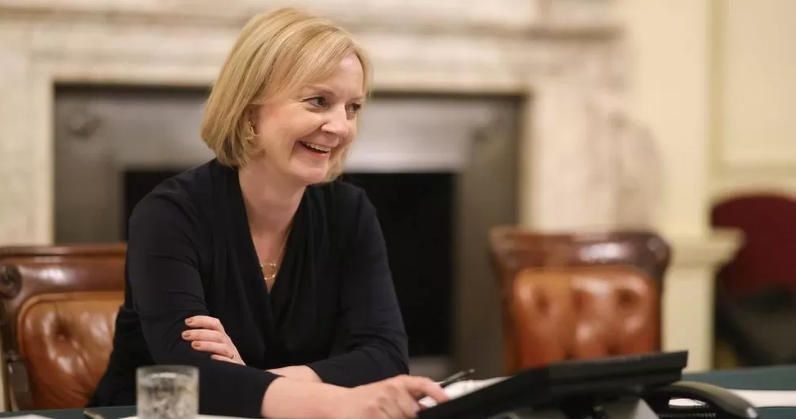 Liz Truss has rewarded her key allies with top jobs in a major reshuffle hours after succeeding Boris Johnson as prime minister.

One of Ms Truss’s closest friends, Therese Coffey, is appointed as health secretary and deputy PM.

Her new cabinet will meet ahead of her first Prime Minister’s Questions later.

None of those who backed her defeated rival, Rishi Sunak, will remain in her full cabinet, with Dominic Raab, Grant Shapps, George Eustice and Steve Barclay all returning to the backbenches.

But Ms Truss’s press secretary said the changes would “unify” the Tory Party and pointed to senior roles for five of her leadership rivals: Suella Braverman, Tom Tugendhat as security minister, Kemi Badenoch as trade secretary, Penny Mordaunt as leader of the Commons, and Nadhim Zahawi as chancellor of the Duchy of Lancaster.

For the first time, none of the top four “great offices of state” – prime minister, chancellor, home secretary and foreign secretary – is held by a white man.

Meanwhile, the new PM made her first call to a fellow foreign leader, pledging the UK’s ongoing support to Ukraine in a call with president Volodymyr Zelensky.

No 10 said Ms Truss was also “delighted” to accept an invitation to visit Ukraine.

She later spoke to US President Joe Biden, where the pair discussed the importance of the UK reaching an agreement with the EU over post-Brexit trading rules in Northern Ireland.

A near total purge of Sunak backers

There are a handful of striking things about the composition of Liz Truss’s cabinet.

There has been a near total purge of those who backed Rishi Sunak.

The only one who I can spot is Michael Ellis, the new attorney general for England and Wales.

And even he will attend cabinet rather than being a cabinet minister, subtle though that distinction is.

This dominance of Truss campaign supporters around the Truss top table is already prompting grumbling among some Tory MPs, although we do await appointments to the more junior ranks in government.

The prime minister’s desire for loyalty and building a government in her own image runs the risk of provoking rebellion down the track.

Ms Truss finished her first tranche of appointments late on Tuesday, with new Chancellor Mr Kwarteng tweeting that getting the job was “the honour of a lifetime”.

He is expected to spend his first day meeting chief executives of various banks to brief them on his outlook.

Mr Kwarteng is also understood to be finalising plans for energy bill support which would see a typical household bill capped at around £2,500 a year.

Defence Secretary Ben Wallace was one of the few senior minister to retain his job, where he has earned plaudits in his response to the conflict in Ukraine.

Nadine Dorries, who backed Ms Truss, said she had been asked by the new PM to stay on as culture secretary but had decided to quit front-line politics.

Mr Sunak, the former chancellor whose resignation helped trigger the downfall of Boris Johnson, had already made it clear he did not expect to be offered a new job.

But his supporters had urged Ms Truss to appoint an “inclusive” cabinet and not simply surround herself with loyalists.

Ms Truss was appointed the 56th prime minister of the UK by the Queen, in a ceremony at Balmoral on Tuesday.

She returned to a rain-lashed Downing Street, where in a short speech she vowed to grow the economy through tax cuts and reform; take action to deal with energy bills and put the health service on “a firm footing”.

Previous newsWhat is the new serious Apple vulnerability and how do you protect yourself from it?
Next news Sterling plunges to lowest level against the US dollar since 1985