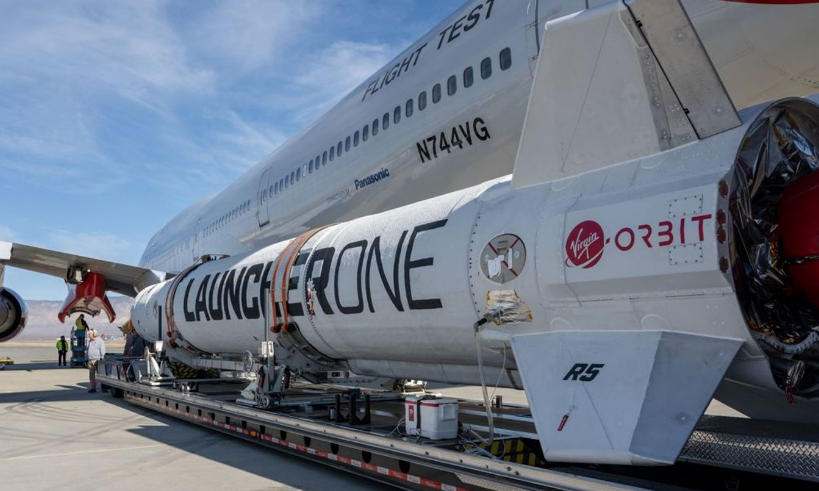 The LauncherOne rocket will be released at an altitude of 35,000ft over the Atlantic Ocean. It will then accelerate to 8,000mph before deploying seven satellites into orbit.

The jumbo jet that will launch the UK’s first rocket into space has arrived at Cornwall’s Newquay airport.

But now the seats have been ripped out, the upper deck has been converted into a control centre for launch engineers and a 21m (69ft) rocket slots under its left wing.

The jet is operated by Virgin Orbit and is due to take off from Spaceport Cornwall, which is based at the airport, early next month.

The LauncherOne rocket will be released at an altitude of 35,000ft over the Atlantic Ocean. It will then accelerate to 8,000mph before deploying seven satellites into orbit.

“A converted 747 using a converted airport to get to space is a perfect example of what we are working to achieve at Spaceport Cornwall,” she said.

“By making use of existing assets we want to set the bar for responsible launch, with ‘space for good’ at its core.”

The Start Me Up mission is seen as a giant leap for the rapidly growing UK space industry. 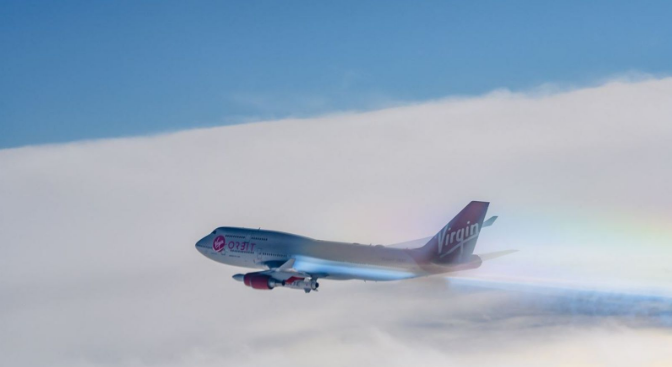 Most of the satellites have been built in Britain and are being loaded into the rocket this week in a super-clean hanger at the spaceport.

They include a prototype orbiting factory for making high-value alloys and semiconductors, constructed on a Welsh business park by Space Forge.

Another, called IOD-3 Amber and designed by Horizon Technologies, will form part of a constellation of satellites monitoring illegal fishing, smuggling, trafficking, piracy and terrorism.

“This launch from UK soil marks the start of the next great stage in the UK’s space story, unlocking commercial access to space from our own back gardens,” she said.

So-called horizontal rocket launches from aircraft need little ground infrastructure and are less dependent on the weather. Previous Virgin Orbit missions have been in the United States.

Construction of two traditional rocket launch pads is underway in northern Scotland and on the Shetland Islands.

Previous newsCommon norovirus infection may be a trigger for Crohn’s disease
Next news Women ARE better at crosswords! Study proves women are more adept at finding and remembering words than men