Women ARE better at crosswords! Study proves women are more adept at finding and remembering words than men 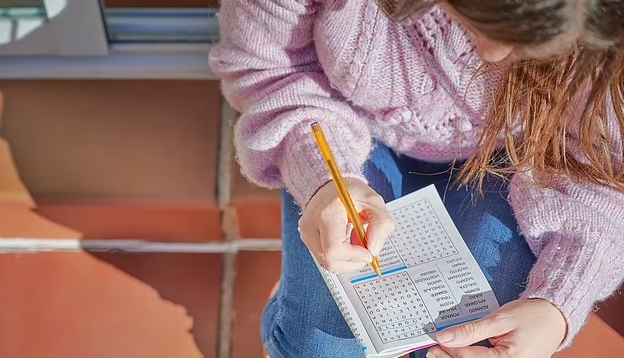 When picking your Scrabble partner, or looking for help with the Sunday crossword, you’re better off having the girls on side.

That’s because a new study has found that women are better at finding and remembering words than men.

Researchers from the University of Bergen in Norway have analysed the results of 168 studies on gender differences in ‘verbal fluency’ and ‘verbal-episodic memory’.

Verbal fluency is a measure of one’s vocabulary, while verbal-episodic memory is the ability to recall words one has come across in the past.

‘Women are better. The female advantage is consistent across time and life span, but it is also relatively small,’ said Professor Marco Hirnstein.

Professor Hirnstein said: ‘Most intellectual skills show no or negligible differences in average performance between men and women.

‘So far, the focus has mostly been on abilities in which men excel. However, in recent years the focus has shifted more towards women.’

Prior to their research, the last analysis of literature that tested gender differences in verbal fluency and memory was conducted in 1988.

This identified a small female advantage, but Hirnstein and his colleagues wanted to update this result and discover the current magnitude of the difference.

They performed a ‘meta-analysis’ of the combined data of all PhD theses, master theses, and studies published in scientific journals they could find.

It encompassed data from more than 350,000 participants taken over the last 50 years.

The researchers also looked at how the studies’ results related to the gender of the first or last author, publication year and the ages of the participants.

The results, published in Perspectives on Psychological Science, found a small but consistent advantage for women in verbal fluency and verbal memory.

However, when it came to verbal fluency, the female advantage only came about in ‘phonemic fluency’, ie naming words that begin with a specific letter.

Gender differences were category-dependent when naming things that are, for example, red or round, in what is known as semantic fluency.

Moreover, they found that the female advantage depends on the gender of the leading scientist.

‘Both male and female first authors reported better performance for participants of their own gender,’ the author’s wrote.

‘This has been largely ignored so far.’

The researchers believe their results could help improve diagnostic assessments which test these verbal abilities, like for dementia.

They say that knowing that women are generally better in those tasks is critical to prevent that women are under-diagnosed, due to their better average performance.

Additionally, it could prevent the over-diagnosis of men that have a lower average performance in the same tests.

The authors wrote: ‘We propose that the female advantage emerges from an intricate interaction of biological, psychological, and sociocultural factors.’