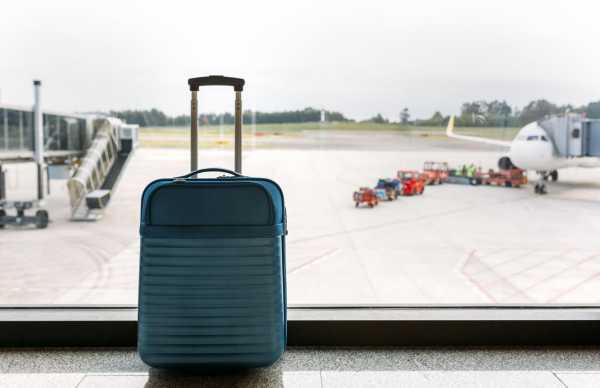 We have produced a new premium report Commercial Airports Baggage Handling Systems Market. The report covers the analysis of global as well as regional markets of Commercial Airports Baggage Handling Systems. The objective of the study is to identify market sizes of different segments & countries in recent years and to forecast the values for the next six years. The report also deep dives into the sub-segments of Commercial Airports Baggage Handling Systems Market by technology (barcode system, an RFID system), airport class (class A, class B, and class C), service type (self-service and assisted service), type (destination-coded vehicles, and conveyors) through main geographies in the global market such as North America, Europe, Asia-Pacific and RoW.

Commercial Airports Baggage Handling Systems to Expand at a CAGR of 8.50%

The global commercial airport baggage handling system market is primarily driven by the modernization of the existing airport infrastructure and the increasing number of new airport terminals. However, factors such as inefficient estimation of the complexity of the project and lack of planning in design and deployment hinder the market growth. Moreover, a smart-designed luggage handling system helps to improve passenger convenience thereby reducing the aircraft turnaround time says Mr.Omkar Harane a research analyst at Infinium global research. Furthermore, advanced BHS perform luggage screening, sorting and tagging by reducing chances of robbery and misplacement. On the other hand, accuracy in baggage handling and reduction in error scope is expected to provide a positive impact on the overall industry growth. According to The International Air Transport Association (IATA), 7.8 billion passengers are expected to travel in 2036, which represents a near double of almost 4 billion air travelers that are expected to fly by the end of 2017. The prediction is based on an average CAGR of 3.6% during the association’s 20-Year Air Passenger Forecast. This implies that the world needs to concoct for a doubling number of air travel passengers in the next twenty years. It is also a huge challenge for both the governments and aerospace industry to ensure that they can successfully meet this essential demand including transit and baggage Management. The increasing pull will be from the Asia-Pacific region reflecting the source of more than half the new passengers over the next two decades. China is expected to overplay the U.S. as the world’s largest aviation market in the next five years by the end of 2022. Furthermore, The UK will fall to fifth place, outdone by India by 2025, and Indonesia by 2030. Thailand and Turkey will be one of the top 10 markets, on another hand France and Italy will fall in the rankings below 10. In proportional to the increasing passenger growth, passenger baggage is also expected to increase significantly, which will also create opportunities for the deployment of new and advanced baggage handling systems.

Asia-pacific region is expected to dominate the market contributing over 31.63% in 2017. The Asia Pacific was followed by North America, which is characterized by intra-continental transit and inbound international traffic. Moreover, the growth of the market is supported by factors such as the increasing number of air passengers, airport modernization and new airport projects, and government support. On the other hand, developing countries such as China and India are undergoing multiple airport development projects, which further have increased the demand for commercial airport baggage handling systems in this region.

The report provides regional analysis covering geographies such as North America, Europe, Asia-Pacific, and Rest of the World. In this section, the key trends and market size for each geography are provided over the period of 2015 – 2023. The countries covered in the North America region include the U.S., Canada, and Mexico; while Asia-Pacific includes China, Japan, India, South Korea, Malaysia, and among others. Moreover, Germany, U.K., France, Spain, and Rest of Europe are included in the European region. The U.S. drives the growth in the North America region as it is the largest market in the region. The Asia-pacific region offers a substantial potential for the market growth owing to rapid growth in markets such as India and China. The APAC region is projected to experience growth at a CAGR of x.x% over the period of 2017 – 2023.

Previous newsGlobal Atopic Dermatitis Drugs Market Poised to Grow at a CAGR of 3.5% 2018 to 2024
Next news Future of Global Connected Cars Market Along with Key Drivers, Major Manufactures, Business Insights, Trends and Forecast 2023