How TikTok is changing the way we SPEAK: Phrases like ‘Barbiecore’, ‘quiet quitting’ and ‘le dollar bean’ that originated on the social media app have crossed over into the mainstream – so how many do you know? 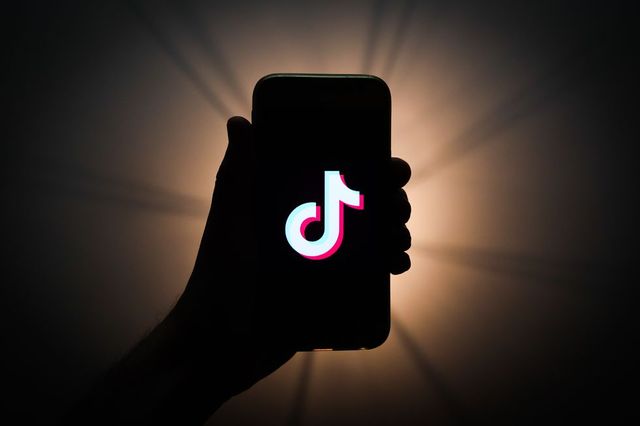 TikTok is one of the most popular social media platforms among young people, boasting over one billion monthly active users worldwide.

So it is perhaps no surprise that many of the acronyms and slang terms which emerged on, or have been amplified by the platform, are now crossing over into the mainstream.

Whether adapting existing vocabulary to bypass algorithms (known as ‘algospeak’) or creating completely new words, TikTok has sparked a transformation of the English language, with a medley of acronyms, abbreviations and neologisms.

Meanwhile, ‘quiet quitting’ – which refers to the rejection of hustle culture and a reclaiming of work-life balance – first took off on TikTok in a video by content creator Zaiad Khan.

‘A wealth of new slang has grown from the app and begun to cross over into other media and even, in some cases, everyday speech,’ said Jennifer Dorman, expert linguist at language learning platform Babbel.

To mark six years to the month since the first iteration of TikTok went live, Babbel created a list of the most commonly-used acronyms and slang terms which have emerged on, or been amplified by TikTok.

It then used Google Trends to analyse when these terms appeared and peaked in mainstream online Google searches – and, where possible, trace them back to their creators.

Babbel found that, as time has passed, TikTok’s influence on the English language has grown.

‘Each generation leaves their mark on the language and changes the language, often by creating new slang based on shared cultural references and sources,’ said Dorman.

‘Nowadays, with social media and streaming platforms, Gen Z and Millennials have countless cultural sources at their fingertips.

‘An example of a shared cultural reference point entering slang is the use of the word “Heather”, often used on TikTok.

‘It can be taken as a reference to the 80s film “Heathers”, where it would refer to a “mean girl”.

‘However, it’s now often used on TikTok as a reference to the Conan Gray song to refer to a person who is considered attractive, or who others wish they could be more like.’

Another example is ‘Barbiecore’ – a reference to the retro trend centred around the distinct ‘Barbie pink, ’80s-twinged, angular yet hyper feminine clothing.

The rise of Barbiecore aligns with the growing buzz around the 2023 ‘Barbie’ movie, directed by Greta Gerwig, starring Margot Robbie as Barbie and Ryan Gosling as Ken.

The rise in online communication through social media and messaging apps also means that young people often communicate with visuals – such as GIFs, emojis and memes – alongside new slang words.

As a result, neo-slang is increasingly developing in non-linguistic formats.

‘You might have seen a row of skull emojis in a caption or comments which, incongruous as it may at first seem, means “laughter” as the skull represents the older slang “dead” used to express something being so funny that the person “died laughing”,’ explained Dorman.

Another example is the chair emoji, which is designed to replace the laughter emoji to indicate when something is funny.

It was user Anthony Mai, also known as @blank.antho, who has an impressive 1.2 million following, who single-handedly kicked off this movement on TikTok in early August 2021.

The monitoring of content via TikTok’s algorithm has led to another type of slang known as ‘algospeak’ – developed by content creators to get around bans on certain words and phrases.

This can range from creative misspellings of words that are banned by the algorithm or using the phrase ‘opposite of …’ to get around using forbidden words, to the use of emojis of rhyming objects which rhyme with certain banned words.

TikTok users often use ‘unalive’ instead of ‘dead’, and ‘seggs’ instead of ‘sex’, to avoid censorship, because social media platforms usually remove content that refers to death, dying or suicide, as well as nudity, pornography and sexually explicit content.