Not another TikTok clone! Now TWITTER is adding a scrolling feed of videos to its iOS app that can be expanded to ‘immersive’ full screen with a single tap 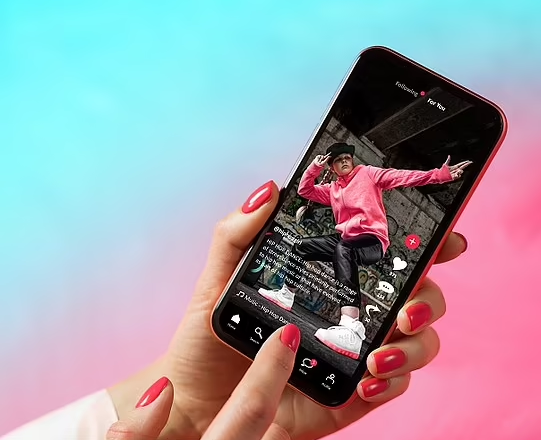 The US platform has said it’s changing its video player so Twitter users can expand videos to full screen with a single tap.

Currently, videos on Twitter only take up part of the screen, but switching them to full screen will mimic a trend that was pioneered by TikTok and copied by rivals.

The change will appear ‘in the coming days’ for English-speaking Twitter users who are using the Twitter app on iOS, but not for Android.

Once the video has been launched in full screen mode, users can scroll up to start browsing more ‘engaging video content’.

Also, Twitter is adding a new video carousel to the Explore tab (indicated by a magnifying glass) for both iOS and Android users on the app.

Twitter detailed the updates in a blog post published on Thursday, although it didn’t acknowledge any possible influence of the Chinese app.

‘Videos are a huge part of the public conversation, and they’re one of the most engaging ways people can express themselves online,’ the blog post reads.

‘In fact, videos shared on Twitter receive billions of combined views every year.

‘We want to make it easy for everyone to use our service in the way that best fits their needs, and videos (including fun movie teasers) are an important part of that.’

Jake Moore, tech expert and security advisor at ESET, said rival tech firms are scrambling to replicate TikTok’s features in an attempt to hold on to users.

‘With TikTok taking the prominent lead in the social media race, those behind are seemingly desperate to replicate its success,’ he told MailOnline. 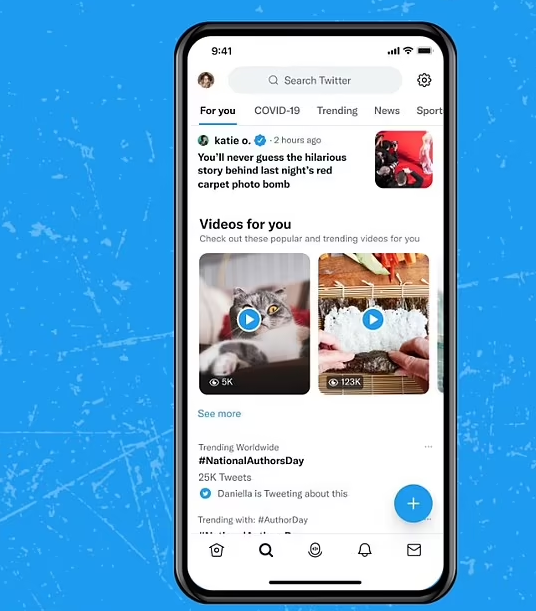 ‘Video content is clearly being viewed as the front runner across all of the platforms and other big names are quickly reacting and attempting to adapt now in order to keep up with these successes.’

TikTok is known for its fast-paced vertically scrolling feed and, in May, Instagram confirmed it would be testing the same format.

At the time, Adam Mosseri, head of Instagram, said: ‘We’re trying to figure out how to advance Instagram forward in a world where more and more people are going to be mobile-first.’

Instagram has faced criticism for shifting away from its original focus on photos to short-form videos – notably from media personality Kylie Jenner, who urged Meta to ‘make Instagram Instagram again’ and said it should ‘stop trying to be TikTok’.

Facebook describes Reels as ‘a new way to create short, entertaining videos, get discovered by new audiences and be part of cultural moments on Facebook’.

Just like with TikTok, Reels users just have to swipe the screen to watch an endless library of short-form clips.

In February, Zuckerberg revealed Facebook had seen a decline in daily users for the first time in its history – squaring the blame largely at TikTok.

Even Google-owned YouTube has been in on the act, releasing YouTube Shorts, which present clips in portrait mode and limits them to 60 seconds in length.

With it, YouTube added the ability to sample audio from the more than 800 million videos on the platform.