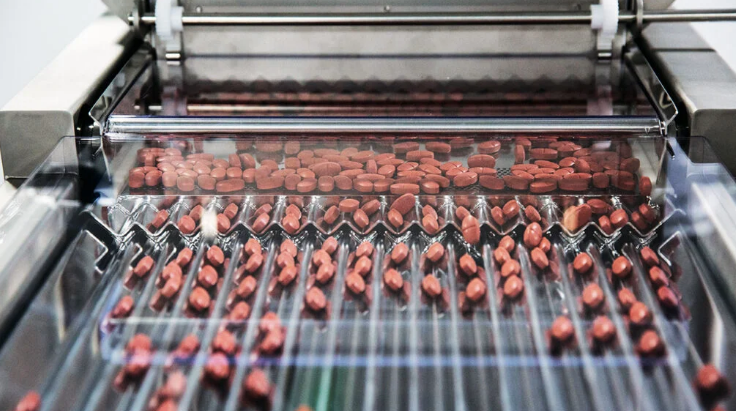 Osteoarthritis is a common, chronic disorder causing pain and disability among older adults.
Type 2 diabetes mellitus is a well-known risk factor for osteoarthritis regardless of body mass index.
Metformin, the current leading type 2 diabetes medication, has shown the potential to improve insulin sensitivity, fight inflammation, and protect joints.
Researchers from Taiwan, China, and Australia have found that metformin use may curb osteoarthritis development and reduce the risk of total joint replacements.

Osteoarthritis (OA) is a degenerative joint disease that can cause pain, stiffness, or difficulty with movement. This condition, the most common form of arthritis among older adults, has no known medical prevention or cure.

OA causes the breakdown of cartilage, the tissue covering the ends of bones in the joints. The condition often leads to the need for total joint replacements in people with advanced cases.

By 2030, an estimated 3.5 million Americans will undergo total knee replacements (TKR) yearly. About 572,000 people will have total hip replacements (THR) annually by 2030.

Finding insufficient evidence tying metformin use with lower risk of TKR or THR, an international research team aimed to find a link.

To this end, experts from China, Taiwan, and Australia analyzed data on 40,694 people diagnosed with type 2 diabetes.

Their investigation showed that metformin use in this population was strongly associated with a reduced risk of TKR or THR.

Metformin use in type 2 diabetes

They focused on patients at least 45 years of age diagnosed with type 2 diabetes between January 2000 and December 2012. Half of the subjects identified were women, and the mean age was 63.

The team also considered diabetes severity, pain medications, insulin, and other diabetes medications such as sulfonylureas and thiazolidinedionesTrusted Source.

They accounted for comorbidities, including obesity, hypertension, depression, COPD, rheumatoid arthritis, and osteoporosis.

Dr. Zhu and his team found that participants who used metformin had more severe type 2 diabetes than nonusers. These subjects were also more likely to use insulin or other diabetes medications and have hypertension and hyperlipidemia.

Looking at the 14-year follow-up period, they found that metformin use correlates with “a lower cumulative incidence probability of TKR, THR, or either total joint replacement.”

Previous and continuing users had fewer incidences of total joint replacement as well.

Speaking with Medical News Today, Dr. Zhu expressed confidence that his study’s results can extend to Chinese and other Asian populations. He also said that metformin’s protective effect was evident in the Osteoarthritis Initiative study, which included American participants.

However, the professor cautioned: “More studies are needed before we can generalize our findings to other nations [or ethnicities].” The study’s co-authors also call for randomized controlled clinical trials in OA patients to assess metformin’s effectiveness in minimizing the need for joint replacement.

“Some novel anti-hyperglycemic agents, particularly GLP-1 analogues, might produce similar or even better protective effects for people with OA,” he said.

Impressive results from metformin use

This study with Medhat Mikhael, MD, pain management specialist and medical director of the non-operative program at the Spine Health Center at MemorialCare Orange Coast Medical Center in Fountain Valley, CA. He was not involved in the research.

Dr. Mikhael was impressed and surprised by these findings, as he shared with MNT:

“Although I knew the link between the development of type 2 DM and development of OA, I did not think that the use of metformin in those patients can be effective enough to reduce the risk of the need for joint replacement because of the improvement in the insulin resistance status, and the great anti-inflammatory effect.”

He noted that metformin’s potential to reduce inflammation and preserve cartilage may help relieve OA symptoms. Moreover, he mentioned: “I also believe that the control of diabetes through glucose lowering and improving insulin resistance allows patients to perform proper exercises so they lose weight in addition to the weight loss that metformin offers. All that helps reduce the symptoms and tend to lower the need for joint replacement among diabetic patients.”

“I would need to know the difference in the use of other medications like anti-inflammatory NSAIDs and painkillers among both groups to find out if the use of metformin in these patients not only reduced their risk for joint replacement but also reduced their needs using pain killers, particularly narcotics.”

The multinational team is exploring metformin’s potential to help people with OA and obesity. Dr. Zhu shared : “Meanwhile, our team has been conducting a multi-center randomized control trial to examine the effect of metformin on overweight OA patients, which would provide high quality evidence.”

The experts are also utilizing “real-world data” to determine the effectiveness of other medications, including SGLT-2 and Dpp4i. They expect to publish preliminary results in March 2023.