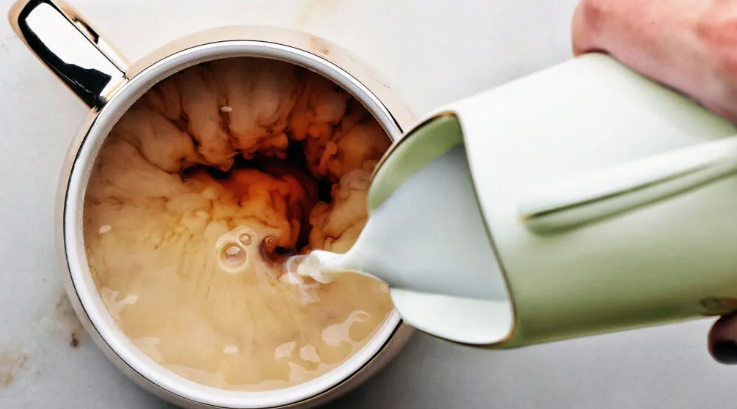 About 90–95% of all diagnosed diabetes cases are type 2 diabetes, according to the CDC.
A new meta-analysis links low fat dairy products with a reduced risk of developing T2D.
The study correlated red and processed meats with a greater T2D risk while finding suitable protein alternatives in fish and eggs.
Other experts have said that T2D may be a reversible condition through diet and lifestyle interventions.

According to the Centers for Disease Control and Prevention (CDC), an estimated 1 in 10 peopleTrusted Source — 37 million Americans — live with diabetes, and over 1 in 3 people have prediabetes.

Type 2 diabetes (T2D), the most prevalent form of diabetes, develops when the body becomes resistant to the insulin the pancreas produces or when the pancreas doesn’t produce enough insulin. Insulin is a hormone that regulates blood glucose levels.

Diabetes can increase the risk of health complications, including cardiovascular disease, kidney failure, stroke, blindness, and circulatory issues, which could necessitate the amputation of toes, feet, or a part of the leg.

In a new study, researchers at the University of Naples Federico II in Naples, Italy, have gathered evidence showing that certain foods can cut the risk of T2D onset.

Annalisa Giosuè, Ph.D., of the institution’s Department of Clinical Medicine, spearheaded an extensive investigation to explore the relationship between different animal-based foods and the condition.

Giosuè presented her team’s findings at the annual meeting of the European Association for the Study of Diabetes (EASD) conference in September.

Type 2 diabetes is one of the major causes of diet-related death worldwide. Learning more about how different dietary components increase or decrease the risk of type 2 diabetes is key to its prevention,” Dr. Giosuè told Medical News Today.

To that end, Giosuè and colleagues examined 13 existing meta-analyses that studied which foods were linked to increased risk of T2D.

They said that this type of “review of reviews” pulls together one of the most comprehensive levels of evidence possible in medical research.

The 13 meta-analyses provided estimates of how 12 different animal-based foods may elevate or lower the risk of developing T2D. Categories included:

Half that amount of processed meats, such as deli meat, bacon, and sausages, may have contributed to a 30% increase in T2D risk.

“Meat, particularly red and processed meats, is a relevant source of saturated fatty acids, cholesterol, advanced [glycation end] products, and heme [animal-derived] iron, which are known to promote chronic subclinical inflammation and impair insulin sensitivity — the capacity of the cells to properly respond to insulin stimulation by absorbing glucose from the blood, thus lowering glycemic levels.”

Giosuè further explained that sodium, nitrates, and nitrites in processed meats might “not only damage insulin-producing pancreatic cells but also induce oxidative stress and vascular dysfunction, which, in turn, [reduce] the sensitivity of the cells to insulin.”

On the other hand, 50 g (1.76 oz) of white meat, which includes chicken and turkey, corresponded with only a 4% higher T2D risk.

Dr. Giosuè said she believes this is because this meat has less fat, a healthier fatty acid profile, and less animal-derived iron.

Dr. Giosuè and her team found that dairy foods might offer protection against T2D or have no effect on its onset.

A cup of total dairy and low fat dairy were each associated with a 5% and 3% reduced T2D risk, respectively.

However, the meta-analyses showed that cheese and full-fat dairy had no effect on T2D risk. The quality of the evidence was low to moderate, though.

“Nutritionally speaking, dairy products are a source of nutrients, vitamins, and other components (namely calcium, proteins, peptides, etc.) with potential beneficial effects on glucose metabolism. For instance, whey protein in milk has a well-known effect on the modulation of the rise of glucose blood levels after meals, and also on the control of appetite and body weight.”

“Protective effects in relation to body weight gain and obesity — drivers of type 2 diabetes development — have [also] been reported for probiotics, which can be found in yogurt, the other dairy item whose consumption is associated with a reduced risk of type 2 diabetes,” she continued.

Other low quality evidence suggested that neither daily 100 g servings of fish nor one egg per day impact T2D risk significantly.

The current study adds credence that limiting or avoiding the consumption of animal-based foods, namely red and processed meat, can help prevent T2D.

“Our findings on the most suitable intake of animal foods to prevent type 2 diabetes incidence are highly concordant with the features of the Mediterranean diet, which is the plant-based dietary pattern that has more consistently shown over time the potential to reduce the risk of type 2 diabetes and cardiovascular diseases.”

Dr. Roy Taylor, a physician, author, professor, and director of Newcastle Magnetic Resonance Centre at Newcastle University in the U.K, not involved in the current study, argued in a September 2022 podcast that the wide availability of “cheaper” and more accessible processed foods is driving the spike in T2D cases.

He was especially concerned about the increase in cases among children.

T2D is considered a chronic condition, though there is evidence to suggest that it may be reversible through diet and lifestyle modifications, according to the American Diabetes Association.

Numerous studies, including this one from 2022Trusted Source, have shown a link between consumption of ultra-processed foods and increased risk of T2D. Other research has shown that interventions like a low calorie diet, physical activity, or bariatric surgery may be effective for reversing T2D.

While more research is needed to determine whether a mostly plant-based diet, such as the Mediterranean diet, could reverse T2D, a growing body of evidence shows that a Mediterranean-style diet may help prevent or delay the progression of the condition.

The Italian researchers acknowledged that the 13 meta-analyses included inferior data in some cases. Thus, they are hesitant to offer “solid recommendations” for T2D prevention based on their study at this time.

“Our study gives further support to the belief that a plant-based dietary pattern including limited intakes of meat, moderate intakes of fish, eggs and full-fat dairy and the habitual consumption of yogurt, milk or low fat dairy, might represent the most feasible, sustainable and definitely successful population strategy to optimize the prevention of type 2 diabetes.”