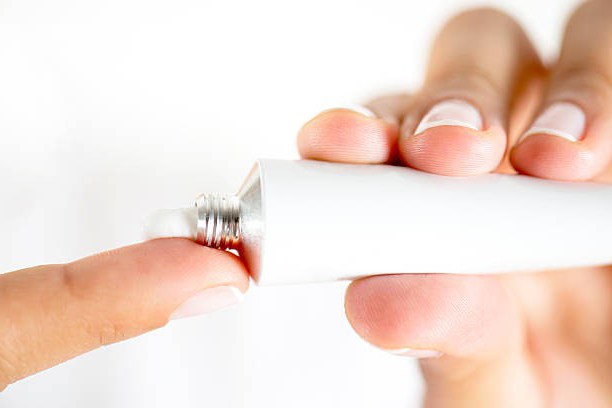 The global wound care market size was valued at USD 20.6 billion in 2021 and is projected to expand at a compound annual growth rate (CAGR) of 4.1% from 2022 to 2030.The demand for wound care and wound healing products is increasing owing to increasing number of surgical cases, and rising prevalence of chronic diseases across the globe. Furthermore, increasing incidence of diabetes due to sedentary lifestyle is one of the leading factors contributing to market growth. For instance, according to American Diabetes Association, in 2018, an estimated 34.2 million people, i.e., 10.5% of the total U.S. population, had diabetes. Moreover, nearly 1.6 million U.S. residents had type 1 diabetes, which includes about 187,000 adolescents and children.

Wound care products including wound healing products help to cure diabetic foot ulcers, which are prevalent in diabetic patients. For instance, according to ScienceDirect, diabetic foot ulcers may affect more than 25% of the diabetic population and may lead to amputation of foot in 20% of patients. Wound care products such as hydrocolloid dressings helps in moisture retention and allow rapid healing of wound internally as well as externally. Moreover, these products help in absorption of necrotic tissues, which are effective in cases of surgical site infections. Thus, healthcare professionals prefer to use wound care products which is anticipated to propel market growth over the forecast period.

Advanced wound dressings is anticipated to have the largest revenue share in 2021. One of the key factors responsible for its dominance is increase in number of burn cases. For instance, as per the American Burn Association (ABA) in 2016, around 486,000 people were given medical treatment due to burn injuries in the U.S. It also reported that complications of infection have accounted to be highest in burn patients. Additionally, increasing geriatric population base is another major factor accelerating market growth. For instance, as per the United Nation Organization, geriatric population numbered over 962.0 million in 2017 and is projected to reach around 2.1 billion by 2050. Geriatric population is more susceptible towards wounds, and therefore, may help the market propel during the forecast period.

Moreover, increasing number of Ambulatory Surgical Centers (ASCs) are expected to drive the market for wound care. ASCs offer a variety of services such as surgical care, diagnostics, and preventive procedures. Surgeries for pain management, urology, orthopedics, restorative, reconstructive, or alterative plastic surgeries and Gastro Intestinal (GI) related surgeries are also performed in ambulatory surgery centers. In addition, ASCs are increasing in number and thus offer cost-effective services. For instance, according to Advancing Surgical Care, as of March 2021, the number of ASCs in the U.S. is estimated to be 6,023. Thus, with increasing number of ASCs the market is expected to propel during the forecast period.

Furthermore, increasing number of traumatic injuries across the globe is expected to propel the market for wound care and wound healing. For instance, as per WHO (2018), around 1,000,000 people are severely or moderately burnt in India per year. In addition, as per NCBI, in 2017, countries such as Bulgaria, Finland, the Netherlands, China, Australia, and the U.K. reported a rise in the incidence of burn wounds. Furthermore, as per WHO each year, an estimated 22,941 individuals die in Thailand as a result of traffic-related incidents, accounting for roughly 33% of all deaths in the country. Collagenase-based enzymatic wound debridement products are majorly used for treatment of such acute wounds. Thus, such cases are expected to increase the demand for wound care/wound healing products.

COVID-19 considerably decreased the need for wound care products around the globe. However, with development of vaccine, countries have opened their international borders as a result the market is expected to impel post COVID-19 period. The earlier postponed elective surgeries are expected to be completed during the post pandemic time, thereby increasing the use of wound care and wound healing products. Many companies are incorporating various strategies such as product launch, merger and acquisition, collaboration, and expansion to meet the demand. For instance, in October 2021, Medline Industries launched Post-Acute Infection Prevention Program. This will be a consultative program, which was focused on post-acute infection prevention. This helped the company to penetrate its products among the population. Similarly, in 2021, Mölnlycke announced launch of a new U.K. distribution center. This helped the company strengthen customer access to quality Mölnlycke products.

The advanced wound dressing segment dominated the market for wound care and held the maximum revenue share of 34.6% in 2021 and is expected to register highest CAGR during the forecast period. Advanced wound dressing is majorly used for the treatment of chronic and non-healing wounds. Thus, increasing in number of chronic wounds such as diabetic foot ulcers is expected to help the market propel. For instance, as per, The Independent Diabetes Trust, at any given time, 115,000 people in the U.K. may develop a diabetic foot ulcer, whereas, 278,000 people are treated with venous leg ulcers every year. These wounds take on an average 200 days to heal. Therefore, due to aforementioned factors, the market for wound care is expected to impel during the forecast period.

The surgical wound care segment is anticipated to witness a considerable growth rate of 4.3% during the forecast period. This can be attributed to rising surgical cases and surgical site infections worldwide. For instance, as per the National Healthcare Safety Network (NHSN) Surgical Site Infection Surveillance in 2018, around 157,500 cases of SSIs are reported every year in the U.S. Thus, impelling the segment growth.

The chronic wounds segment dominated the market for wound care and held the largest revenue share of 59.9% in 2021 and is anticipated to witness considerable growth rate over the forecast period.Increasing number of geriatric populations, along with rising prevalence of diabetic foot ulcers, venous pressure ulcers, and other chronic wounds is expected to drive the segment growth. For instance, according to the Administration for Community Living’s profile on older Americans, the U.S. population aged 65 and above was expected to be 54.1 million in 2019, which is about 19% of the U.S. population. This population increased about 36% from 2009-2019, and is projected to reach 80.8 million by 2040, and 94.7 million by 2060. Furthermore, the number of people suffering from varicose vein in U.S. is increasing year-on-year. For instance, according to the Journal of the American Heart Association, approximately 23% i.e., 1 in every 4 U.S. resident have varicose veins. Increase in number of varicose veins may lead to development venous leg ulcers, thus, driving the market.

The acute wound segment is expected to witness the fastest CAGR of 4.24% during the forecast period. The increasing cases of different traumatic wounds, and burns is the major factor driving the segment growth. The multiple benefits of acute wound products include reduced surgical site infections, improved results and patient satisfaction, and reduced hospital stays. There is also an increase in the number of burn wounds across the globe. Since, acute wound products are majorly used for treating acute wounds such as traumatic wounds, the use of wound care and wound healing products is expected to help surge the segment growth.

The hospital segment dominated the market for wound care and held the largest revenue share of 45.3% in 2021. The growth of this segment can be attributed to upsurge in surgical procedures globally because of sedentary lifestyle, and rising bariatric surgeries which require the use of wound care products to contain surgical site infections. Furthermore, surgical wound care dressings and NPWT are predominantly suitable for hospital use and are not feasible for homecare. In addition, hospital institutions are considered as large buyers of wound care having long-term contracts with suppliers. Hence, owing to aforementioned factors, the segment is anticipated to propel during the forecast period.

In addition, the increase in hospital admissions due to surgeries is also anticipated to propel the segment growth over the forecast period. Patients after surgery generally require wound care and wound healing products to heal from surgical site wounds. Therefore, the segment is expected to witness significant growth over the forecast period. The home healthcare segment is expected to witness the fastest CAGR of 4.9% during the forecast period. During the pandemic outbreak, home healthcare wound care products were more in demand. Wound care in homecare settings is majorly initiated with the introduction of single-use NPWT systems. These devices are lightweight, portable, canister-free, and are easy to use.

North America dominated the wound care market and accounted for revenue share of 45.4% in 2021 and is expected to witness considerable growth rate over the forecast period. Presence of large population base, rising patient pool in countries such as the U.S. are major factors driving market growth of market in this region. Moreover, geriatric population are at a higher risk of wounds, this will surge the demand for wound care and wound healing products in this region. For instance, as per the Administration for Community Living, on ageing and health, the percentage of people aged 65 and above was 54.1 million in 2019, which represents 16% of the populations. Additionally, increasing number of road accidents, and availability of skilled professionals in this region is expected to drive the demand for wound care products in North America.

In Asia Pacific, the market is estimated to witness the highest CAGR of 4.8% over the forecast period. This can be attributed to rising changing lifestyle leading to increase in incidence of chronic diseases in this region. For instance, according to Down to Earth organization, as of December 2021, India has 74.2 million diabetic patients aged 20 – 79. Moreover, the number is expected to increase to 124.8 million by 2045. Furthermore, medical tourism in this region is increasing which is increasing the number of surgeries performed. Thus, owing to above mentioned factors, Asia Pacific is anticipated to witness the fastest growth rate over the forecast period.

The market is highly fragmented in nature with the presence of several small and large manufacturers. Competitive rivalry and degree of competition in the wound market is expected to intensify over the forecast period due to the presence of many players in the market. Furthermore, leading players are involved in collaborations, product launches, mergers and acquisitions to strengthen their product portfolios. For instance, in March 2020, Smith and Nephew launched novel PICO 14 NPWT system that has a pump duration of up to 14 days. This product launch helped the company in expanding its product offerings. Similarly, in September 2019, the company acquired Southlake Medical Supplies for approximately USD 5 million. This helped the company strengthen its presence in the U.S. market. Thus, with various strategies acquired by leading players, the market is expected to impel during the forecast period. Some of the prominent players in the wound care market include: