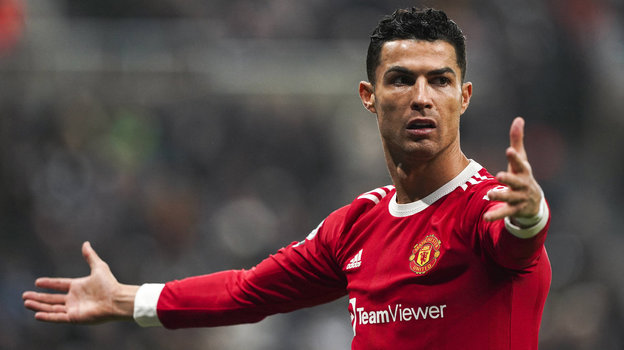 Manchester United’s lawyers are looking at how to bring Cristiano Ronaldo’s time at the club to an end following his explosive interview, it is understood.

The club said it had “initiated appropriate steps” and “will not be making further comment until this process reaches its conclusion”.

Ronaldo accused United of betraying him and trying to force him out of the club in an interview with TalkTV broadcaster Piers Morgan.

United have not put a time frame on the process but it is thought they want Ronaldo’s exit done “cleanly and quickly” and in as dignified a way as possible, Sky Sports News reports.

In the 90-minute interview, Ronaldo said he has no respect for manager Erik ten Hag.

The 37-year-old also said he felt “provoked” by the United manager.

The Portugal captain, widely considered to be one of the greatest players of all time, also said the Glazer family, who have owned United since 2005, do not have the club’s best interests at heart.

“The Glazers, they don’t care about the club. I mean, professional sport, as you know, Manchester is a marketing club,” he said.

‘They didn’t believe me’

He alleged two senior figures at Old Trafford treated him with suspicion when he said his daughter Bella was sick with bronchitis, three months after her twin brother died.

“I spoke with the director and the president of Man United and they kind of didn’t believe that something was going wrong, which made me feel bad,” Ronaldo said.

“I am never, ever going to change the health of my family for a football. Never. Now or 10 years behind or forward and it is something that really hurt me because they doubt my words.”

Ronaldo, a five-time Ballon d’Or winner, also claimed there has been “zero progress” at the club since Sir Alex Ferguson retired in 2013.

Since he rejoined the club last summer, the forward has had a turbulent time and has struggled to get playing time this season.

He was left on the substitute’s bench despite his side being 4-0 down against Manchester City, and in a match against Tottenham he refused to come onto the pitch as a substitute and stormed down the tunnel before full-time.

Since the interview, a video from the dressing room of the Portuguese national side appears to show a frosty reception for Ronaldo when the players met before the World Cup.

Ronaldo’s Man Utd teammate Bruno Fernandes does not initially move to shake hands or embrace him as he walks into the dressing room and opts instead to briefly touch his arm.

Fernandes then says a few short words before turning away, leaving the striker unsmiling.

“We will not be making further comment until this process reaches its conclusion.”