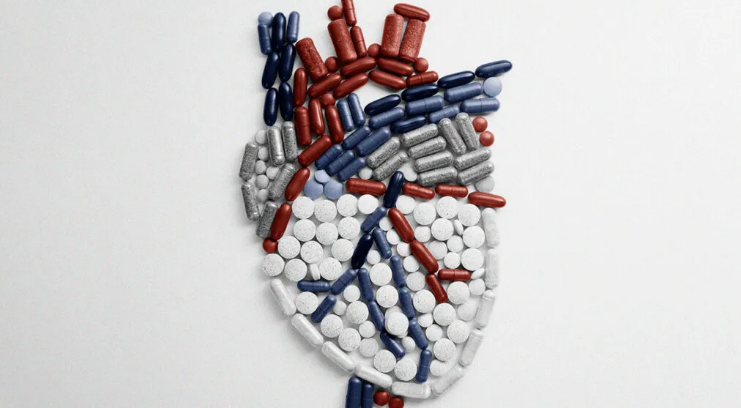 Sometimes researchers find new uses for existing medications, which is helpful since they start from the point of already knowing potential side effects. A study from the National Institutes of Health (NIH) indicates the heart medication spironolactone may be effective for patients with alcohol use disorder.

While more research is necessary on using spironolactone for this purpose, the researchers conducted studies with rats, mice, and humans and saw that the medication might have benefits. The findings were published in Molecular PsychiatryTrusted Source.

In the United States, 17 million adults ages 18 years or older have alcohol use disorder, according to the Agency for Healthcare Research and Quality (AHRQ), part of the Department of Health and Human Services.

Additionally, the AHRQ says men are more likely to develop the disorder than women. They predict that 17% of men and 8% of women will develop alcohol use disorder at some point.

Some people are at a higher risk for developing alcohol use disorder, including people who began drinking before they turned 15, those who binge drink, and those with a family history of alcohol misuse or mental health issues.

Some of the features of the disorder include:

One of the main reasons researchers studied spironolactone is because the medication is in the mineralocorticoid receptorTrusted Source (MR) antagonist drug class.

“The steroid hormone aldosterone and its related mineralocorticoid receptor regulate fluid and electrolyte homeostasis,” according to the study authors. Based on preliminary research that suggests aldosterone and MR may contribute to alcohol seeking and consumption, the authors were interested in spironolactone since it can possibly reduce that desire.

The researchers conducted three studies that examined the use of spironolactone to treat alcohol misuse. They conducted studies in rats, mice, and humans.

In the study with mice, the researchers tested spironolactone on mice that were allowed to binge drink both sweetened and unsweetened alcohol solutions. The scientists injected the mice with spironolactone before giving them access to the solutions.

In the human cohort study, the researchers collected data from the U.S. Department of Veterans Affairs on people prescribed spironolactone for any of its approved indications for at least 60 days and who self-reported alcohol consumption. The researchers matched each of these people with up to five individuals not exposed to the drug.

Both rat and mouse studies showed decreased alcohol consumption with the spironolactone injections. Additionally, the authors noted that the spironolactone did not impair coordination or movement, nor did it affect their food and water intake.

“These are very encouraging findings. Taken together, the present study argues for conducting randomized, controlled studies of spironolactone in people with alcohol use disorder to further assess its safety and potential efficacy in this population, as well as additional work to understand how spironolactone may reduce alcohol drinking.”

Dr. Koob is the director of the National Institute on Alcohol Abuse and Alcoholism.

Dr. Leggio is the senior investigator in the Clinical Psychoneuroendocrinology and Neuropsychopharmacology (CPN) Section, a joint NIDA and NIAAA laboratory.

Suppose scientists continue the research on spironolactone and eventually submit it for regulatory approval to treat alcohol use disorder. In that case, it could become the fourth FDA-approved medication to be indicated for this disorder.

This study emphasizes the importance of continuing research on existing medications.

“Thanks to the progress in the addiction biomedical research field, we are increasing our understanding of the mechanisms of how some people develop AUD; hence we can use this knowledge to identify new targets and develop new treatments for AUD.”

According to the Centers for Disease Control and Prevention (CDC)Trusted Source, more than 140,000 people die from excessive alcohol consumption each year. With this in mind, it highlights why it is important to focus on repurposing existing medications to treat the disorder and developing new ones.

“Given this is an old medication that has been used for decades in clinical practice for other indications, repurposing spironolactone allows us to move forward quickly to the next steps,” commented Dr. Leggio.

Dr. Orman Trent Hall, a board certified addictionologist and addiction researcher at the Ohio State University Wexner Medical Center, also spoke to MNT about the study.

“Alcohol use is among the leading causes of death and disability in the world,” said Dr. Hall. “When people become addicted, they find themselves drinking in a way that feels out of control and have trouble stopping even after they realize alcohol is harming them.”

Previous newsForget being right or left-handed! Octopuses have a favourite ARM they use to grab prey, study finds
Next news World leaders gather in Japan for Shinzo Abe’s state funeral amid protests over event