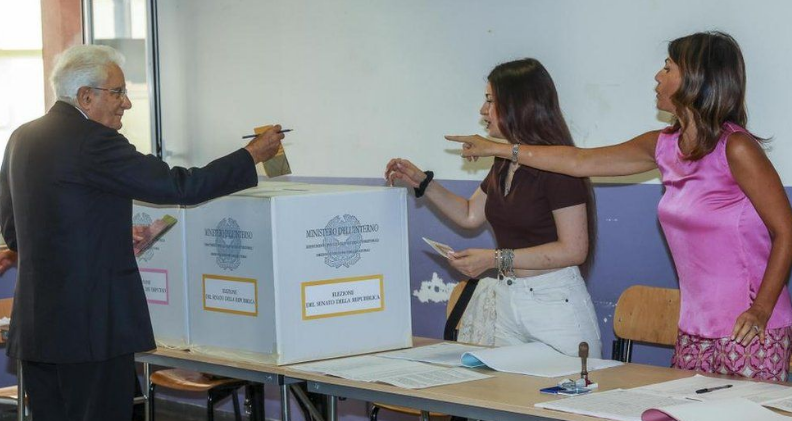 Italians are deciding whether to choose their most right-wing government since World War Two, in an election being followed closely across Europe.

Giorgia Meloni leads the far-right Brothers of Italy party and is aiming to become the country’s first female prime minister allied with two other parties on the right.

She has softened her image and resents being linked to Italy’s fascist past.

By midday, turnout was more than 19%, similar to the last election four years ago, and long queues were reported at some polling stations in Rome.

Ms Meloni’s main rival – centre-left leader Enrico Letta – voted in the capital, while her far-right ally Matteo Salvini cast his ballot in Milan. There are 2.6 million first-time voters and 4.7 million abroad. Exit polls will come out when polls close and results will follow hours later.

In the Garbatella area of southern Rome – where the Brothers of Italy leader grew up – one voter praised her “strong character”, while another said she had voted to keep the far right out. “It’s not who I want to win, it’s who I don’t want,” said Emma.

Giorgia Meloni backs Western sanctions on Russia and has toned down rhetoric on Europe.

But she still embraces an old slogan adopted by Benito Mussolini’s fascists: “God, fatherland and family”. She has also spoken out against the “LGBT lobby” and called for a naval blockade of Libya to halt migration.

An hour south of Rome, in the town of Latina, observers believe the far right can seize the town from the left. Founded by Mussolini in 1932, Latina still bears traces of the dictator, but has suffered from years of underfunding.

“Take a look, it’s a disaster,” says one passer by. The town has had a left-wing mayor in recent years, but the far right has Latina in its sights. Matteo Salvini came here last week to round off his League party’s campaign. Centre-right Forza Italia under ex-prime minister Silvio Berlusconi, 85, is also part of Meloni’s coalition.

“Meloni speaks to the guts of the people,” says Gianluca Atlante, a journalist with regional newspaper Latina Oggi. Behind him sits the imposing Palazzo Emme, built in the shape of a letter M for Mussolini. These days it serves as the local headquarters of the finance ministry’s law enforcement agency.

Italy’s economy was picking up after the Covid-19 pandemic, but then the energy crisis – largely triggered by Russia’s invasion of Ukraine – sent prices soaring. While the politicians have spent recent days arguing over Russia and Europe, Italians are most worried about paying their bills.

For a year and a half Italy was led by a unity government under Mario Draghi, a widely respected ex-head of the European Central Bank. Giorgia Meloni was one of the few party leaders who refused to take part.

The Draghi government’s main task was to push through reforms agreed as part of the EU’s eye-watering €200bn (£178bn) in post-Covid recovery grants and loans. By July, the government had collapsed and Meloni wants those reforms revisited in light of the energy crisis. She has also talked of doing more to “defend” Italy’s national interests in the EU.

No wonder many of Europe’s leaders are watching this vote closely. 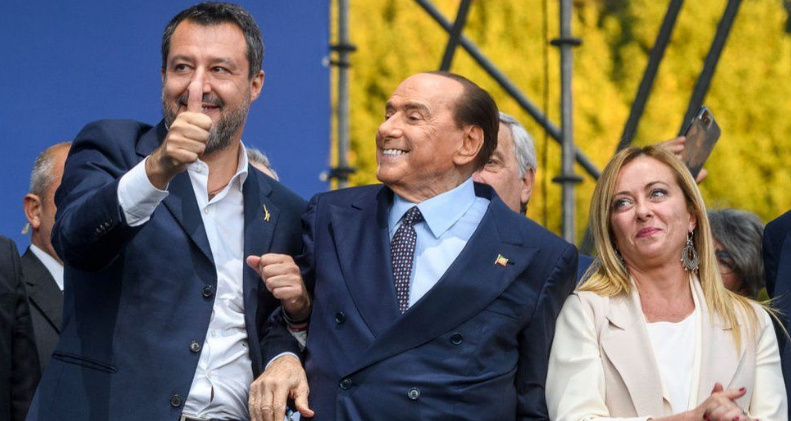 Italy’s left and centre parties failed to mount a joint challenge to the Meloni alliance. Enrico Letta’s centre left has several policies in common with the Five Star Movement led by Giuseppe Conte, but they do not see eye to eye.

Whichever alliance wins Sunday’s vote could benefit from new rules that have cut the sizes of the two elected houses of parliament by a third: the Chamber of Deputies now has 400 seats and the Senate 200.

Italy has a mixed electoral system. More than a third of seats are won by a UK-style first-past-the-post constituency contest, and more than 60% by proportional representation across Italy.

Commentators believe that the voting system and the shrunken parliament could mean that if an alliance wins 40% of the vote, they could also control as many as 60% of seats. If the right wing were to succeed, that could help the push through a keynote policy – making the president a directly elected figure.

Even if Brothers of Italy do top the vote, and Giorgia Meloni’s allies hand her an overall majority, the decision on who becomes prime minister rests with President Sergio Mattarella, an impartial figure backed by parliament.

Replacing that with an elected president may sound more democratic, but there’s a reason why some Italians are worried by the thought of handing more power to their head of state – and that also goes back to Italy’s previous experience of fascism.

In Latina, they are not just watching the political battle playing out between left and right, there is another story that is also on people’s minds.

Standing for the Senate is one of Italy’s most treasured stars of the past, Gina Lollobrigida. Now 95, she became a cinema legend in the 1960s and she has defied a fractured femur to fight in Sunday’s election.

Previous newsDairy products may protect against type 2 diabetes, but red and processed meat raise risk
Next news Mahsa Amini was ‘tortured and insulted’ before death in police custody in Iran, her cousin says