Women who are physically active may live longer, regardless of their genes 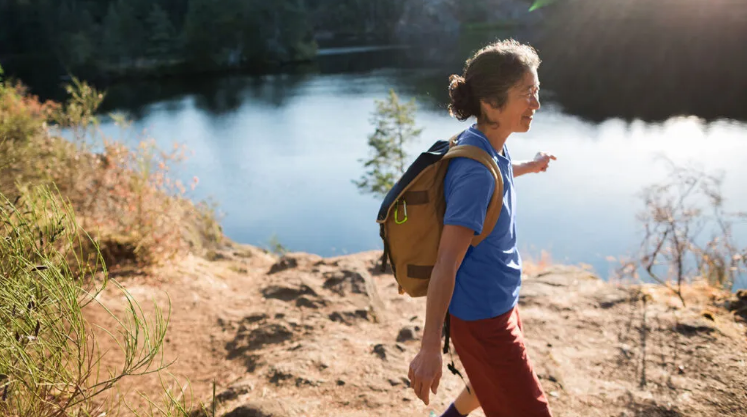 Health experts state that staying active can contribute to healthy aging in older adults.
California researchers found that physical activity of any intensity may lower the risk of death in women older than 60 years.
Their nationwide study also uncovered more evidence that more sedentary behaviors carry greater mortality risk, regardless of genetic propensity for longevity.
The authors hope these findings will encourage older women to be active to reduce the risk of diseases and premature death.

In the United States, the National Center for Health StatisticsTrusted Source estimates the life expectancies of males and females are 74.5 years and 80.2 years, respectively. For healthy aging, the Centers for Disease Control and Prevention (CDC)Trusted Source states that physical activity is key.

To find out whether physical activity had an advantage over genetics in promoting longevity, researchers at the Herbert Wertheim School of Public Health and Human Longevity Science at the University of California San Diego and other institutions conducted a nationwide study.

After analyzing health data of more than 5,000 older postmenopausal women, the researchers found that higher levels of light, moderate, or vigorous physical activity correlated with a lower risk of all-cause deaths. The findings expanded on prior studies that have shown that more sedentary time carries greater health risks.

These associations persisted across varying levels of genetic potential for living longer.

“[The] findings support the importance of higher physical activity (PA) and lower sedentary time (ST) for reducing mortality risk in older women, regardless of [their] genetic predisposition for longevity,” the researchers wrote.

From 2012 to 2020, the UC San Diego researchers analyzed data on the physical activity of more than 5,000 ambulatory women ages 63 and older.

The OPACH study focused on associations between physical activity, cardiovascular disease, and injury risks. The data generated allowed researchers to look at physical activity and the risk of mortality, cancers, cognitive decline, and physical disability as well.

Other research using the OPACH study found associations with physical activity (PA), sedentary time (ST), and mortality during an average follow-up of 3 years. However, no one had explored any possible genetic influence on these associations.

The UC San Diego study aimed to use a follow-up of 6 years and adjust the results with a “weighted genetic risk score (GRS) for longevity.”

The device measured the amount of time the women spent moving or being still and the intensity of any activity.

The UC San Diego cohort developed a weighted GRS based on three SNPs strongly associated with long life. This metric compared survival to age 90 versus death before age 90.

Covariates, or characteristics among the study’s participants, included age, education level, body mass index (BMI), self-reported health status, and other details. Participants’ race was also a factor but was limited to white, Black, and Hispanic ethnicities.

The study also analyzed chronic conditions present before or after participation, including cancer, depression, frequent falls, and cardiovascular disease.

Interestingly, the low-GRS individuals were younger, more active, and had higher physical functioning scores than the other GRS groups. Those with low GRS were also “more likely to be of Black race/ethnicity than the medium and high GRS groups.”

“Our study showed that, even if you aren’t likely to live long based on your genes, you can still extend your lifespan by engaging in positive lifestyle behaviors such as regular exercise and sitting less,” Aladdin H. Shadyab, PhD, the study’s senior author and assistant professor at the Herbert Wertheim School of Public Health and Human Longevity Science, said in a news

Historically, women have been significantly underrepresented in clinical trials. Using data from the OPACH study was a step forward in inclusive research.

However, the resulting lack of male participation created a limitation on the UC San Diego study’s findings.

“Based on the design of our study, we were not able to make any inferences on men. But we hope that future studies will examine these associations in study cohorts that include men as well as those in younger age groups,” Posis told MNT.

Dr. Scott Kaiser, a geriatrician and director of Geriatric Cognitive Health for the Pacific Neuroscience Institute at Providence Saint John’s Health Center in Santa Monica, CA, told MNT the work is a “well-done study [… with] a lot of great data.” However, he cautioned that the current study is an association study and not designed to prove causality.

“I think this just supports an increasing amount of evidence that our genes are not our destiny […] It shows that there is a stronger association between longevity with physical activity than [with] genetics,” Dr. Kaiser said.

Noting that the present study focused on only certain markers of longevity, Dr. Kaiser added that researchers need to determine other such factors. For instance, he said that the SNPs used to calculate the GRS were more common among people of European ancestry.

Is ‘sedentary’ a misnomer?

Dr. Kaiser said the term “sedentary time” might not be appropriate. It does not account for people who are unable to walk but can still engage in other physical activities such as chair exercises.

“It’s whether you just have some consistent physical activity versus somebody who’s overall physically inactive,” he said.

Physical activity as an elixir for longevity

Dr. Kaiser hopes the public will understand that genetics do not trump a healthy lifestyle for reducing disease and mortality risk.

“When it comes to healthy aging, exercise is about the closest thing we have to a miracle drug,” he said.