Vaping popularity rising among teenagers in England as cigarette use declines 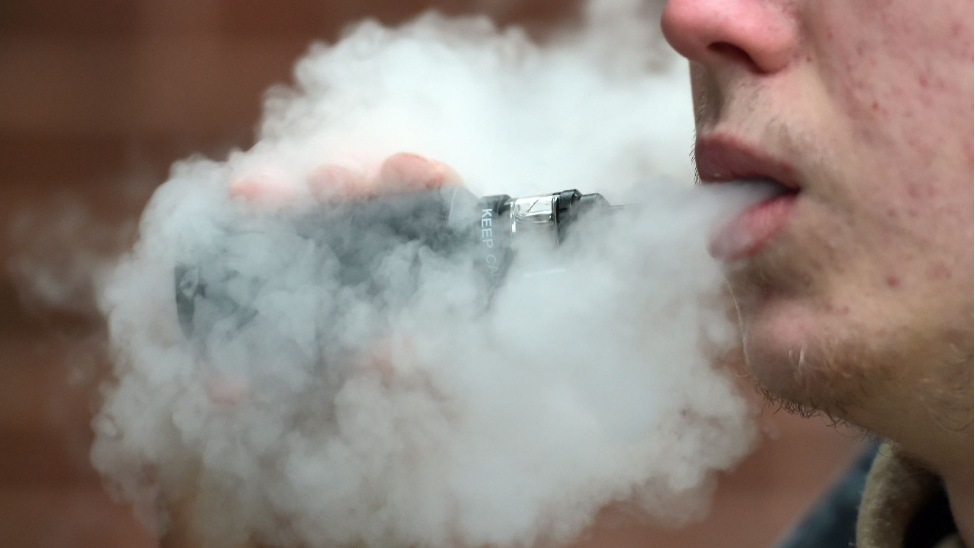 Girls are far more likely than boys to use e-cigarettes, with data showing more than a fifth of 15-year-old girls were reported as current e-cigarette users.

Vaping and the use of e-cigarettes has risen among school children aged 11 to 15 years old in England.

Data released by the NHS shows that the number of school pupils using e-cigarettes in 2021 rose to 9%, up from 6% in 2018, the last time the study was carried out.

Girls are far more likely than boys to use e-cigarettes, research found.

Girls are more likely than boys to smoke cigarettes as well, but the difference between the sexes is far narrower than it is for vaping.

And 34% of current e-cigarette users said they had only tried a cigarette once.

Experts have warned that teenage vaping can be a route into nicotine addiction.

But there is good news.

The government’s tobacco plan aims to reduce the number of 15-year-olds who regularly smoke to 3% or less.

There has been a steady decline in smoking since 1996 when 49% of all pupils smoked, after the sale of all tobacco products was banned for under 16s.

But the data suggests that almost as many pupils have started vaping over the last few years as have stopped smoking.

In 2015, Public Health England published an independent review on e-cigarettes which concluded that they were “significantly” less harmful than smoking, but since then experts at the World Health Organisation have warned vapes are “harmful”.

In 2015, a minimum age of sale of 18 was introduced for e-cigarettes in England and Wales in 2015, and it is illegal to buy these products on behalf of someone under the age of 18.

Despite that, more than half (57%) of pupils who regularly vape say they buy their vapes themselves, most commonly from newsagents.