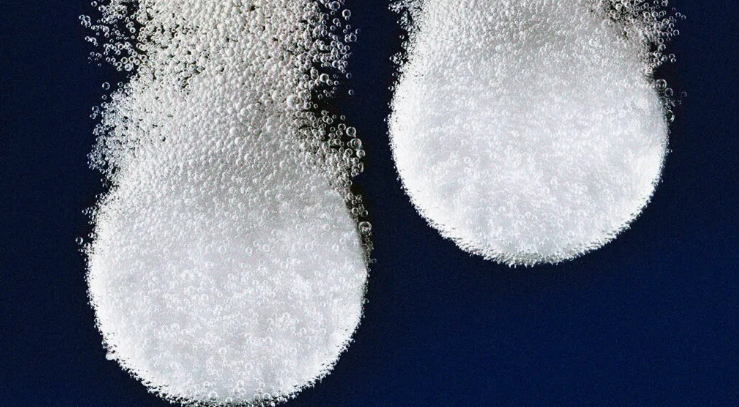 Researchers recently developed a sublingual vaccine tablet for urinary tract infections that dissolves under the tongue.
In animal models, the vaccine was as effective as high dose antibiotics in treating UTIs without negative side effects on the gut microbiome.
Further studies are needed to determine how these findings may translate to humans.

About half of all women experience a urinary tract infection (UTI) in their lifetime. Of these women, 27%Trusted Source have a confirmed recurrence within the next 6 months.

People with recurrent UTIs experience more than three infections each year. Recurrent UTIs are often managed using long-term antibiotics, which can alterTrusted Source the gut microbiota and cause adverse side effects.

New ways to treat and prevent UTIs that overcome antibiotic resistance are crucial.

Immunomodulating therapies are currentlyTrusted Source being explored for this purpose. However, they often require extensive dosing regimens — at least 3 months of daily dosing — and don’t seem to provide long lasting protection.

In a new study, researchers developed a pill-like vaccine for UTIs that dissolves under the tongue to overcome these challenges. Using animal models, the researchers determined their new vaccine has similar efficacy to high dose oral antibiotics, but with fewer effects on the microbiome.

“If vaccines such as this are effective in preventing and treating UTIs, several problems associated with antibiotic treatment could be mitigated. Problems such as multidrug-resistant bacteria, interruption of the microbiome, and decrease in antibiotic-associated allergic reactions.”

Developing a sublingual vaccine for UTIs

The researchers chose to target three peptides that almost exclusively sit on the surface of UPEC bacteria to reduce off-target adverse effects.

They next assembled the peptides into a sublingual nanofiber peptide immunization, which could be delivered in droplet form under the tongue.

They found that the vaccine increased antibody responses among mice and that the antibodies produced bound specifically to pathogenic UPEC.

“These researchers have formulated a kind of peptide nanofiber that can activate the immune system to treat and prevent a specific UTI-causing bacteria,” Dr. Baum noted. “This agent dissolves in the mouth and can travel to the bladder, thus getting the agent to the pathogen, and it is specific in the pathogen it targets.”

The researchers further determined that the vaccine, when coupled with an adjuvant — a substance enhancing the body’s immune response to an antigen — led to greater urinary antibodies.

Finally, the researchers tested how the vaccine worked against urosepsis. Sepsis is a life threatening bodily response to infection, and urosepsis accounts for a quarterTrusted Source of all sepsis cases.

The researchers found that vaccination improved symptoms of urosepsis in mice and enhanced their survival.

Cost-effectiveness for UTI treatment and prevention

The researchers recognized that cost-effectiveness is important for treating UTIs. Removing the need for cold-chain storage can greatly reduce treatment costs and improve accessibility.

The researchers thus formed tablet versionsTrusted Source of their vaccine and tested them on mice. In doing so, they found that sublingual tablet vaccines worked similarly to droplet-based vaccines.

To further test the vaccine’s protective ability, the researchers exposed mice to a higher-lethality dose of bacteria. They noted that vaccinated mice had an 80% survival rate, compared to a 20% rate among unimmunized controls.

Further tests in mice indicated that the nanofiber vaccine is similarly effective at preventing UTIs as high dose oral antibiotics.

The researchers next tested their vaccine on rabbits as their oral cavity is more similar to that of humans. Just as in mice, the vaccines increased their antibody levels.

Lastly, the researchers observed the dissolving behavior of the tablets in human saliva at body temperature.

They found that the tablets dissolved in less than 20 seconds, indicating the potential feasibility of these tablets in humans.

When asked how the vaccine works to prevent UTIs, Harry Mobley, Ph.D., distinguished university professor at the Department of Microbiology and Immunology at the University of Michigan, not involved in the study, told MNT:

“The vaccine should work by stimulating the production of antibodies that may bind to the surface of [UPEC] and assist the immune system in killing the bacteria or clearing them by engulfing them in innate immune cells such as neutrophils.”

He noted the antigens the researchers used to create their vaccines are “proteins on the surface of bacteria that are produced during infection” and that these proteins are “involved in scavenging iron for the bacteria.”

Dr. Mobley further noted that the vaccine is a “very major advance” and that the nanofibers by which it works may speed its uptake, thus making its delivery more efficient.

When asked about the study’s limitations, Dr. Jennifer Linehan, urologist and associate professor of urology and urologic oncology at the Saint John’s Cancer Institute at Providence Saint John’s Health Center in Santa Monica, CA, not involved in the study, told MNT:

“The most significant and important limitation is there has not been any human studies to date to measure its efficacy and potential adverse side effects.”

“The authors should be congratulated for taking on this much-needed major clinical challenge.”

However, Dr. Zimmern noted that the authors had pointed out their study was conducted with a specific UPEC strain. This strain was isolated from the blood and urine of a woman with an acute kidney infection and not from a person with a recurrent UTI without kidney involvement.

This is crucial, as it is women with recurrent UTIs who take daily antibiotic therapies that alter their gut flora, develop allergies to antibiotics, or have resistance issues in the long run.

Dr. Zimmern added that future research could focus on understanding the microbiome of various organs.

“It is important to gain a better understanding of our microbiome residing inside the bladder and adjacent organs (vagina, gut) and of why some women never get a urinary tract infection in their lifetime.”

Dr. Kecia Gaither, MPH, FACOG, double board certified OB-GYN and maternal fetal medicine specialist and director of Perinatal Services and Maternal Fetal Medicine at NYC Health + Hospitals/Lincoln in New York City, not involved in the study, explained another key limitation of the study to MNT:

“The biggest limitation is that only 80% of pathogenic bacteria are impacted by this developed vaccine; with pathogens like staphylococcus, klebsiella, proteus, and pseudomonas, limited efficacy exists.”

Dr. Mobley added that while the study provided extensive data if he could add one experiment, he would suggest comparing urine cultures of vaccinated and unvaccinated mice to see how the vaccine affected UPEC levels in the bladder.

He concluded that the findings show great promise not only for treating UTIs but also for vaccine research in general, where other mucosal and systemic antibody responses are required.