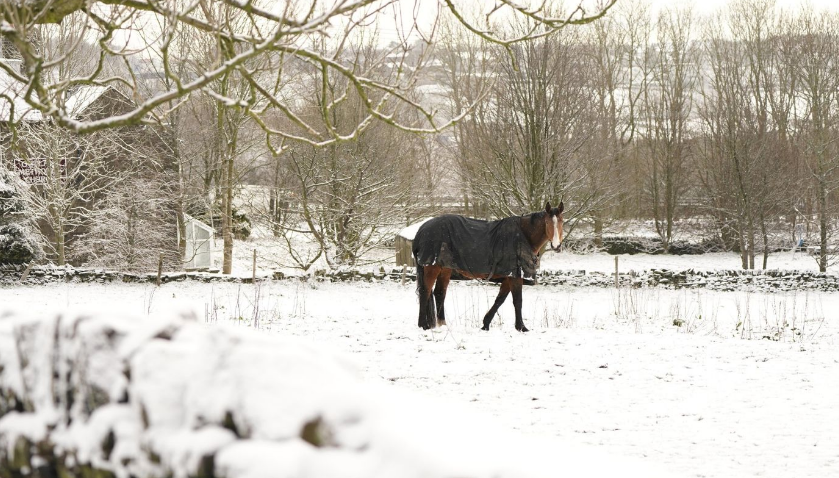 The Met Office issued the level three weather alert which is in place between 6pm on Wednesday and 9am on Monday 12 December.

An amber cold weather alert warning of severe conditions has been put in place for England as a cold snap sweeps the country over the next week.

The Met Office issued the level three weather alert between 6pm on Wednesday and 9am on Monday 12 December.

Forecasters warn the cold weather could increase health risks to vulnerable people and it requires social and healthcare services to take action to protect high-risk groups.

The Met Office said air from the Arctic will spread south across the country from late on Wednesday with very cold nights expected as well as frosts.

It brings the risk of wintry showers in coastal areas as well as the threat of icy patches on roads.

Forecasters warned overnight temperatures could plunge below -8C (17.6F) in parts of the UK by the middle of the week, while a yellow weather warning remains in place for snow in Scotland on Wednesday.

Experts are advising people to prepare some winter kit for their cars, such as an ice-scraper and de-icer – while transport services are expected to be affected.

Alex Burkill, Met Office meteorologist, said: “At the moment we have an easterly flow and as such our winds are coming from the east and that is a cold direction, and it is cold out.

“However, from Tuesday onwards we are going to get a northerly flow, so our winds coming from the north, that is Arctic air leading to our temperatures dropping even further as we go through this week.

“It’s going to turn even colder and feel even colder still, with temperatures well below average for the time of year, both by day and by night.”

‘Cold is going to be very widespread’

“It looks like the cold is going to be very widespread, perhaps Northern Ireland and East Anglia won’t be that cold, maybe just a degree or two below freezing,” he said.

“Otherwise we are talking about several degrees below freezing across Scotland, Wales.”

He said much of England, including the South West, could also see exceptionally cold temperatures of -5C (23F) or -6C (21.2F).

“We have a snow warning across the northern half of Scotland for Wednesday and that is when the snow showers coming from the north will be most impactful,” Mr Birkall added.

“They will probably start on Tuesday, and we will see very significant snow in the north.”

The Met Office expects the cold weather to last around a week, as the northerly flow will linger and there may be some showers, though it will be largely dry and cold.

It will be a few degrees above freezing for most of the country until the cold snap arrives on Wednesday.