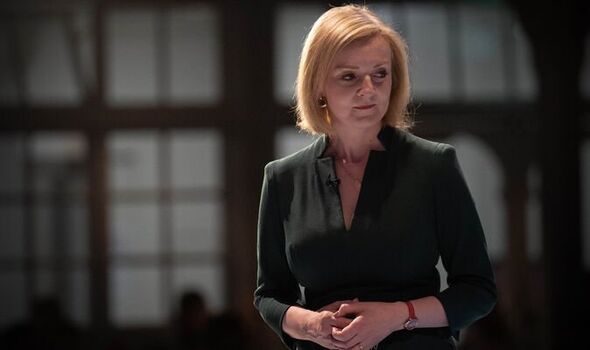 Much of the blame for the economic turmoil has been placed on the markets not knowing what was happening as there was no forecast requested from the Office for Budget Responsibility by the chancellor, as there usually is.

Liz Truss and Kwasi Kwarteng will meet the head of the UK’s independent fiscal watchdog today.

The talks with the Office for Budget Responsibility come after a week of economic turmoil following last Friday’s mini-budget.

It is highly unusual for a PM to attend an OBR meeting – but the Treasury has denied that this is an emergency measure.

The news came hours after the Treasury Select Committee, made up of MPs from all parties, demanded that the chancellor release a full economic forecast from the OBR by the end of October.

He is also being urged to bring forward his medium-term budget from 23 November.

Financial Secretary to the Treasury Andrew Griffith hinted to Sky News that a report could come sooner, saying the independent OBR has “got to be given the freedom and ability to do that”.

But, he added: “That’s a decision for them. It’s not for me or anyone else to dictate that to them.”

Ms Truss and Mr Kwarteng have said they are still committed to their policies – and argue that a £45bn package of tax cuts is the “right plan” for the economy.

No independent OBR forecast accompanied last week’s mini-budget – but the watchdog said it had prepared a draft for the new chancellor on his first day in office.

The absence of this forecast reportedly contributed to concerns in the City.

Mr Griffith insisted a forecast last Friday would not have been able to “reflect [the] economic growth in their numbers” that he claimed would come from government policies, as the measures would have been !finalised in the hours before the chancellor stood up”.

But Mel Stride, Conservative chair of the Treasury Select Committee, had said in his letter to the chancellor it is “hard to conclude other than that an absence of a forecast has in some part driven the lack of confidence in markets”.

He added: “Some have formed the unfortunate impression that the government may be seeking to avoid scrutiny, possibly on account of expecting the OBR forecast to be unsupportive of the achievement of the economic outcomes the government expects from the Growth Plan, including 2.5% trend growth in the medium term.”

Mr Kwarteng had said the forecast would be released on 23 November – but after last Friday’s mini-budget caused economic turmoil, the committee discovered the chancellor will be getting an initial OBR forecast on 7 October.

They asked him to publish “without delay” the initial economic and fiscal forecast the OBR provided to him when he started the job a few weeks ago.

A reply from the chancellor has been requested for no later than Monday.

Mr Stride also expressed frustration in his letter at having pressed Mr Kwarteng and his predecessor Nadhim Zahawi to publish an OBR forecast before the mini-budget and said the OBR had assured him on 26 August that it could produce a forecast to that timescale and had already been working on it for a month.

“The OBR was standing by ready to provide a meaningful forecast alongside the 23 September statement had the Treasury requested it. No such request was received,” Mr Stride said.

Mr Stride said he was pleased to see the OBR meeting happening.

“The PM and the chancellor must use this meeting as a reset moment – an opportunity to urgently bring forward the OBR forecast incorporating credible new fiscal rules and a plan which the OBR assesses as having a good chance of meeting them.

“Then we can all take a deep breath and start to move forward with greater confidence.”

“I mean, I can speak for myself. I’m on the record as saying that I think if we’re not very careful, then our position as being the party of sound money and economic responsibility, fiscal responsibility, may be in jeopardy.”

Mr Stride added that he did not think it was incompetence that caused the current problems and suspects “some of those involved have been taken slightly by surprise how quickly the markets turned” but he thinks publishing an OBR forecast would be central to calming the markets by “demonstrating credibility”.

A YouGov poll for The Times shows Labour has opened up a massive 33-point lead over the Conservatives.

Tory MP Sir Charles Walker admitted his party would be “wiped out” if an election was called tomorrow – and “would cease to exist as a functioning political party”.

But Mr Griffith tried to urge calm within his party, telling Sky News: “This is a difficult time for all developed economies and for all governments. This is a government that’s taken decisive steps to deal with the immediate energy crisis.”