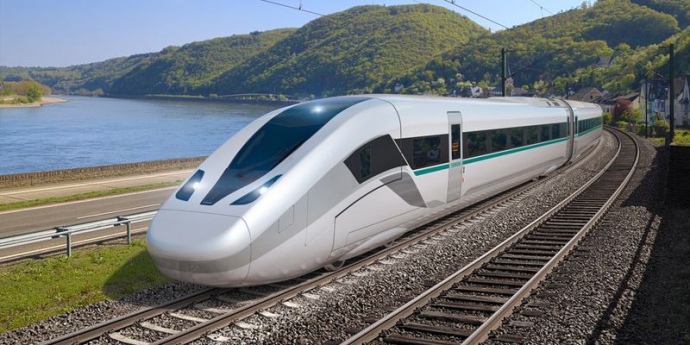 Trainline ticket sales rose to £2.2bn in its first half to the end of August
International ticket sales up 81% compared to pre-Covid, UK sales up 45%

Trainline sales soared to £2.2billion in the first half after a strong rebound in US customers using the platform to buy train tickets to travel across Europe.

Group net sales in the six months to the end of August were 17 per cent higher than the same period pre-pandemic, boosted by its international division posting growth of 81 per cent to £452million.

The group said it also attracted ‘record levels’ of new customers in France and Italy, driven by a ‘notable resurgence’ of customers from the US.

In the UK, its biggest market, sales rose 45 per cent to £1.4billion as rail travel bounced back, with passenger volumes in August almost back at pre-Covid levels.

Total group revenues were 28 per cent higher than pre-Covid at £165million.

The group will later this month start selling tickets for the new Spanish high-speed rail operator Iryo, which is set to cement further its presence on the Continent.

‘Our strong performance in the first half was led by International Consumer, where new product launches and brand campaigns are helping drive increased awareness of Trainline and record levels of customer acquisition in France and Italy,’ he told investors.

‘The strong return of tourists travelling around Europe by train this summer, particularly from the US, further supported growth.

‘In the UK, the rail industry has continued to see passenger numbers recover, reaching 95 per cent of pre-Covid levels during August, its highest level since March 2020.’

Trainline shares rose in early trading before falling back to trade down 1.7 per cent to 358.20p.

Previous newsBigger ISN’T always better: Apple sees pre-orders for iPhone 14 Plus plummet as analyst warns ditching the smaller models for larger ones is now ‘failing’
Next news Chinese scientists shoot down idea oddly shaped Oumuamua asteroid is ALIENS despite Harvard University professor insisting it could be a ‘thin craft’ transmitting probes to Earth