The government’s target to bring gigabit broadband to “every home and business across the UK” by 2025 seems to have been scaled back to reach 85% of the country instead. 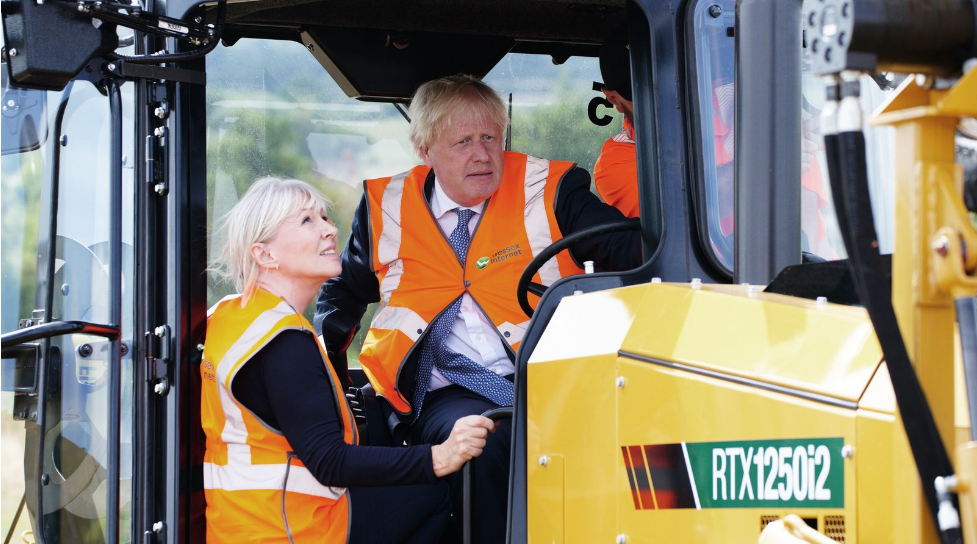 Boris Johnson made the initial pledge as part of his 2019 manifesto, with £5bn of funding behind the scheme.

However, in a press release published on Tuesday, the Department for Digital, Culture, Media and Sport quoted the narrower aim.

On a visit to Dorset to mark the start of the first major contract of plan, the outgoing prime minister said he was “very proud” of what his government had done during his tenure to further the rollout of the technology, which “delivered on what I said I was going to do”.

Mr Johnson added: “When I first became prime minister only 7% of the premises in this country had gigabit broadband, that’s now up to 70%. If you put it into remote rural communities what you’re going to do is level up.”

“If you give people opportunities they wouldn’t have had, the ability to connect in a way that was completely unimaginable – that enables businesses to thrive and prosper in remote areas.

“It means people can stay where they grew up, they don’t have to go to live in towns or cities and it is absolutely transformational.”

But speaking about the target, he said: “I said we would try to get up to 85% gigabit broadband, or 100% gigabit broadband. We’ve gone from 7% when I started to 70% in three years, in spite of COVID. It’s not half bad, in my view.”

The DCMS described the rise in availability as “meteoric” and “demonstrating levelling up in action”.

And they said the £6m Dorset contract “marks the start of a flurry of Project Gigabit delivery contracts to be awarded over the coming months”, with over schemes due to start in hard-to-reach areas in Cornwall, Cambridgeshire, Cumbria, and across the North East England before the end of the year.

Labour’s shadow culture secretary, Lucy Powell, said the PM “should be putting his shoulder to the wheel tackling the Conservative cost of living crisis, not patting himself on the back for his failed broadband policy”.

She added: “The government has failed on broadband rollout, downgrading and watering down their targets year after year with delay after delay in contracting companies to connect hard to reach areas across the country.”

Asked about the change in the target, a No 10 spokeswoman said Mr Johnson “remains committed to delivering better broadband coverage for the UK and we’ve seen an example of that today”.