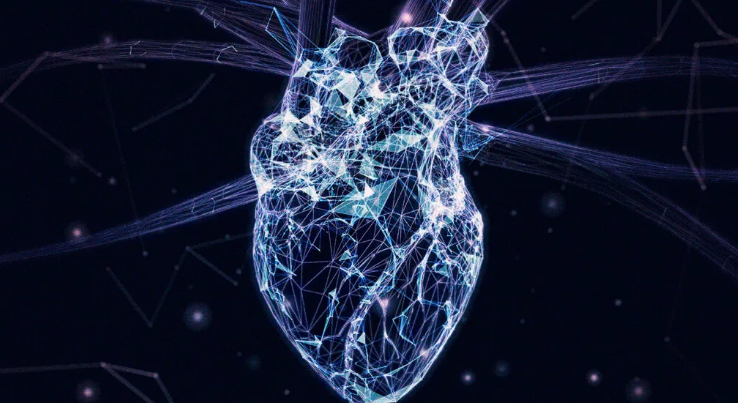 Each year, an estimated 15 million people globally experience a stroke.
A person may have a better outcome following a stroke if treated quickly.
In a new study, researchers used artificial intelligence and a single chest X-ray to predict a person’s 10-year risk of dying from a stroke or heart attack.

Each year, about 15 million people worldwide have a stroke, causing about 5 million deaths and leaving another 5 million permanently disabled.

A person’s outcome following a stroke depends on how quickly they receive treatmentTrusted Source once symptoms begin.

The results of the study were presented in late November at the annual meeting of the Radiological Society of North America (RSNA) in Chicago.

What to know about stroke

Stroke is a type of cardiovascular disease (CVD). A stroke occurs when a person’s blood vessels to the brain become blocked or burst.

There are two main types of stroke:

numbness or weakness, especially if only one side of the body
inability to speak or understand speech
vision issues
dizziness and loss of balance
severe headache
The America Heart Association (AHA) advises that if you suspect you or someone else may be having a stroke, you should use the FAST testTrusted Source to identify the symptoms:

Although doctors can treat a stroke, outcomes are determined by the stroke severity and how quickly a person receives treatment.

According to Dr. Nicole Weinberg, a cardiologist at Providence Saint John’s Health Center in Santa Monica, CA, who is not involved in the new study, many people may assume that a chest X-ray only looks at the lungs.

But when a radiologist takes a picture of a person’s chest, they will also see other organs in the area of the lungs, including the heart.

“They also can see the aorta — if that’s enlarged or there are calcium deposits in there, that will light up. You can also see within the lung tissue if there’s fluid buildup either in the bases of the lung fields or within the spaces inside, such that maybe there’s heart failure or extra volume in the system.”

Developing a predictive model for stroke

The team used a CXR-CVD system that was “trained” to search more than 147,000 chest X-ray images from almost 41,000 participants in a cancer screening trial and spot patterns associated with cardiovascular disease.

Once developed, the system could predict a person’s 10-year risk of having a stroke or heart attack from a single chest X-ray.

Lead study author Jakob Weiss, Ph.D., a radiologist with the Cardiovascular Imaging Research Center at Massachusetts General Hospital and the AI in Medicine program at the Brigham and Women’s Hospital in Boston, explained to MNT:

“Current guidelines of the American College of Cardiology and American Heart Association on the primary prevention of cardiovascular disease recommend the use of a risk calculator to estimate the risk of future CVD. This risk calculator is based on the ASCVD risk scoreTrusted Source, a multivariable regression model requiring nine variables as input, such as age, sex, smoking, lipids, blood pressure, and diabetes. However, these variables are often not available, which makes novel and more practical screening approaches desirable.”

Dr. Weiss added that the new AI model takes a routine chest X-ray as the only input, which “allows for opportunistic screening of CVD risk if the variables to calculate the guideline-recommended risk score are missing.”

Next steps in AI research for stroke detection

Although compelling, the new research is preliminary, and more long-term studies are still needed.

Dr. Jennifer Wong, a cardiologist and medical director of noninvasive cardiology at MemorialCare Heart and Vascular Institute at Orange Coast Medical Center in Fountain Valley, CA, who was not involved in the study, said that future longitudinal studies could examine outcomes for people with different levels of risk as identified on a chest X-ray.

“This study did a great job of correlating with the current tool that cardiologists use, the ASCVD risk score, but to see based on where they risk-stratify somebody what happens to that person’s risk of heart attack and stroke 10 (or) 20 years down the road with just chest X-ray as the tool might be helpful,” she added.