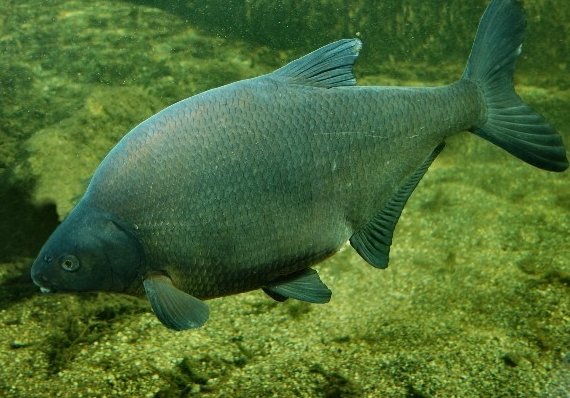 October 2016, Greek sea bass and bream farmer Selonda Aquaculture has launched a fresh, cleaned sea bream in a specially designed MAP [modified atmosphere packaging] tray at all Market stores in Greece. Selonda bream is harvested daily and cleaned at the company’s certified processing plant in the area of Epidavros. Later, the fish is packed in an automated packaging plant and distributed to the points of sale while maintaining the cold chain at 0-2 degrees celsius, in order to maintain the freshness and quality.

Selonda is the world’s largest producer and supplier of Sea Bream and Sea Bass, and total production capacity of 40.000 tons. Over 85% of the total production of Greek Sea Bass and Sea Bream is exported to more than 25 countries. Selonda’s production is fully vertically-integrated with installations that are located exclusively in Greece, which include 6 hatcheries, 55 sea-cage fish farms, 14 packing stations and 2 processing plants. It was the first aquaculture company to gain access to capital markets. Selonda has approximately 1.200 employees.

Increasing consciousness about the benefits of consuming sea-foods is providing a motivation for the growth in the global aquaculture market. Further, aquaculture can help meet the growing demand for protein worldwide, increase in the usage of fish oil for various uses such as pharmaceutical, dietary supplements, healthcare and food industry is expected to drive the demand for aquaculture in upcoming years. Moreover, distant from being a noticeable food source, aquaculture is extensively used for decoration by setting up aquariums, indoor waterfalls and other water-based systems for attractive and charming look of the house.

Thus increasing demand for aquaculture for beautification to enhance to the global aquaculture market. Besides, by producing more seafood that is inexpensive and rich in nutrition, aquaculture can help improve food security and livelihoods for the worlds poorest. However, the opposing climatic conditions and lack of necessary technology in underdeveloped and in some developed areas are hampering the market growth. Additionally, new developing trends such as adoption of rice-fish culture, in aquaculture is expected to create new opportunities for the major manufacturer of the global aquaculture market in upcoming future.

Asia Pacific accounted the maximum growth of the aquaculture products market. In Asia Pacific region the factors such as lavish of natural resources, suitable weather conditions and cheap labors are likely to prompt the demand of aquaculture in this region. As per the new World Bank report projects that in 2030, 62% of the seafood that will end up on people’s plates will come from fish farms, which will grow production to meet rising demand—especially from Asia where 70% of fish will be consumed. In 2030 emerging middle class in China will become a large market for fish. With increased investment in aquaculture, China will produce 37% of the world’s fish and consume 38% of the fish the world eats. Furthermore, North America and Europe is possibility to have lucrative growth over upcoming years owing to the high perception of advanced techniques and tools helps in dr4iving the growth of the market.