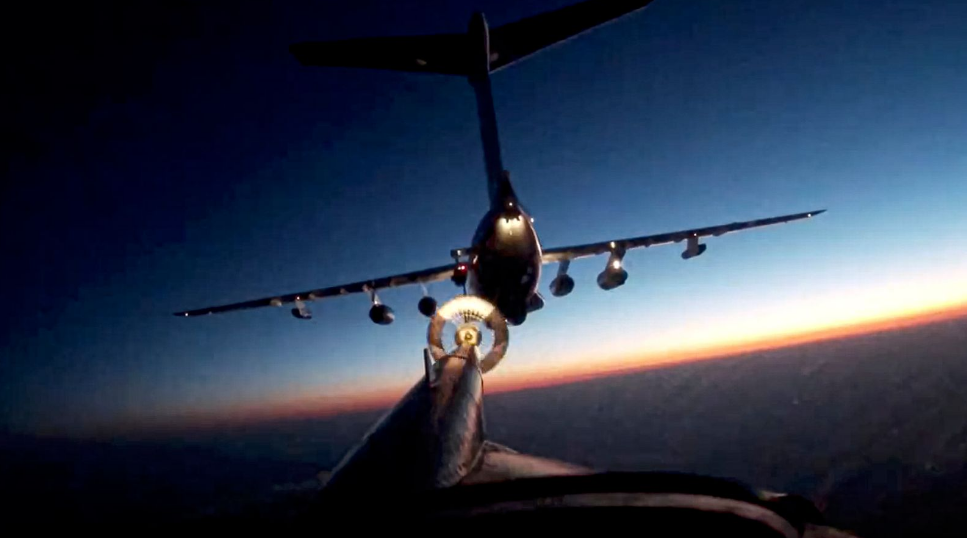 A fleet of 125 military air-to-air refuelling tankers would release a cloud of microscopic sulphur dioxide particles at an altitude of 43,000ft (13km) and a latitude of 60 degrees in both hemispheres, slightly shading the Earth’s surface beneath.

Scientists have outlined a controversial plan to refreeze the North and South Poles, and dial down the global thermostat.

They say high-flying jets could spray microscopic aerosol particles into the atmosphere to reflect sunlight and cool the melting icecaps.

Around 175,000 flights a year would be needed, releasing millions of tonnes of carbon dioxide.

But a former UK chief scientist backed the plans, telling Sky News that polar warming is now critical – and refreezing the ice could hold back the rise in global sea levels.

The new study was led by Wake Smith from Yale University in the United States.

He warned the plan would treat an important symptom of climate change, not the cause.

“It’s aspirin, not penicillin. It’s not a substitute for decarbonisation,” he said.

Under the plan, a fleet of 125 military air-to-air refuelling tankers would release a cloud of microscopic sulphur dioxide particles at an altitude of 43,000ft (13km) and latitude of 60 degrees in both hemispheres, roughly equivalent to the Shetland Islands in the north, and the Falklands in the south.

The particles would slowly drift towards the poles on high-altitude winds, slightly shading the Earth’s surface beneath.

Just over 13m tonnes of particles released in the spring and summer would be enough to cool the polar regions by 2C, with more moderate cooling at mid-latitudes, according to the research published in the scientific journal Environmental Research Communications.

The plan is controversial, not least because the large number of flights – equivalent to more than two days of global air traffic in 2021 – would release greenhouse gases into the upper atmosphere where they are more damaging.

Other scientists are also cautious about unleashing solar shading because it could have unintended consequences, such as reducing crop yields.

A plan to release particles from a balloon in northern Sweden last year was abandoned after protests from environmentalists. A large-scale release programme would need international agreement.

But the researchers argue only 1% of the human population lives in the target deployment zone. And the £10bn a year cost of the programme would be far less than carbon capture or other means of mitigating or adapting to climate change, they add.

“If the risk-benefit equation were to pay off anywhere, it would be at the poles,” said Mr Smith.

“Any intentional turning of the global thermostat would be of common interest to all of humanity.”

The poles are warming several times faster than the global average, with record-breaking heatwaves reported in both the Arctic and the Antarctic earlier this year.

If the vast Greenland and West Antarctic ice sheets reach a tipping point – now seen as likely on current projections of global warming – then sea levels would rise by several metres.