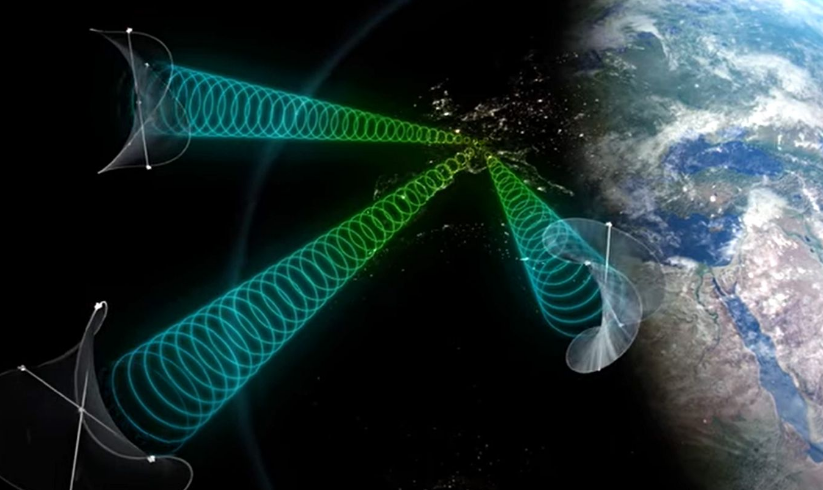 Satellites could be operational by 2040, with the technology already being tested on a small scale.

An ambitious project to harness the power of the sun from space to supply power on Earth is being proposed by scientists.

The European Space Agency (ESA) – which includes the UK – is discussing plans to create a solar farm in orbit at a two-day conference in Paris.

The SOLARIS project aims to collect sunlight over a wide area in space, convert it to microwave energy (similar to high frequency radio waves found in a microwave oven), then transmit it down to Earth.

A large number of antennas on Earth would pick up the beams and the energy would be converted to electricity.

The advantages of Space Based Solar Power (SBSP) are huge because the microwaves can penetrate cloud in Earth’s atmosphere and sunlight in space is also available constantly – not just during the day – and the light is more intense.

But the UK also has its own separate proposals. Funding worth £6m has been made available to develop SBSP technologies aimed at contributing to the UK’s net zero ambition.

According to research commissioned by the government from consultants Frazer-Nash, an “operational system could be developed by 2040” and it could deliver “a substantial percentage of the UK’s energy needs by the early 2040s”.

Dr Mamatha Maheshwarappa, payload systems lead at the UK Space Agency, told Sky News: “This must be a joint (public and private) venture. Government can fund some of the initial de-risking activities but it would later need to be supported by private investments.”

The principle of SBSP has already been demonstrated on a small scale.

In September, Airbus beamed microwaves between two points over a distance of 36 metres, producing green hydrogen and bringing a model city to life.

But there are challenges too.

Jean-Dominique Coste from the team at Airbus said: “If satellites were to collect the sunlight, they would need to measure about 2 kilometres across to achieve the same power level as a nuclear power plant.”

And the ESA admits large amounts of energy could be lost during the conversion and “beaming” process, although scientists still think it would be economically viable even if only 10% reached Earth.

Meanwhile experts will need to alleviate health concerns from beaming microwaves into the atmosphere – an effect that’s not been fully explored – by carrying out tests to ensure there are no risks to plants and animals.

Previous newsEnergy firms accused of ‘failings across the board’ ahead of ‘very challenging winter’
Next news Indonesia earthquake: Many schoolchildren killed as toll soars to 268