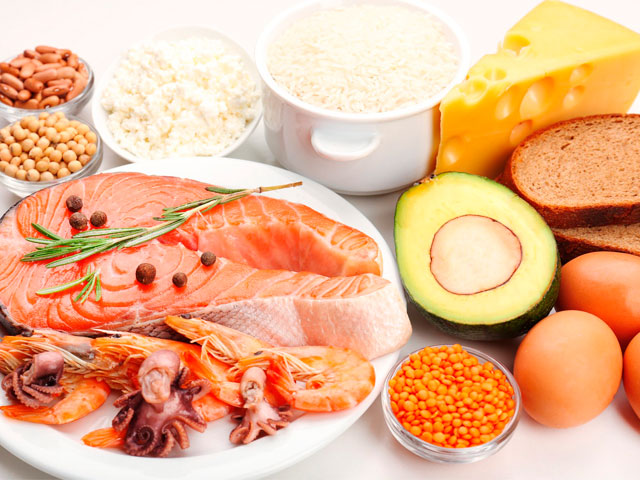 Protein is a macronutrient that consists of amino acids which are organic compounds made of carbon, hydrogen, nitrogen, oxygen or sulfur. The amino acid is the building block of proteins that is essential to building muscle mass.

Protein functions as an antibody that binds to specific foreign particles, such as viruses and bacteria, to protect the body. Some proteins play the role of enzymes that carry out almost all of the thousands of chemical reactions that take place in cells. Structural protein such as actin provides structure and support for cells whereas proteins such as Ferritin bind and carry atoms and small molecules within cells and throughout the body. The growth hormone is the messenger hormone that transmits signals to coordinate biological processes between different cells, tissues ad organs.

Why Do We Need Protein?

We do need protein in our diet to help our body to repair cells and make new ones. According to the Institute of medicine, we get 10 to 35 percent of daily calories from protein. According to the U.S. Department of Agriculture, the protein intake depends on age, sex, and level of physical activity.

Though meat is the best source of protein as the meat has more protein in abundance as compared to eggs. But many people still prefer eggs over meat because of its versatility in cooking and are easier to consume. Another interesting fact is that egg proteins have more health benefits when mineral content comes in question that outweigh meat. Moreover, it is rich in minerals with antioxidant properties such as selenium, zinc, phosphorus, iron, and carotene.

Interestingly, around 65 of the protein is found in egg whites besides providing excellent nutrients. For example, calcium, iron, zinc, sodium, and copper as well as vitamin B12. The egg yolk constitutes 34% of the liquid weight of the egg. as compared to egg white egg yolk contains more vitamins including vitamin B6 and B12, folic acid pantothenic acid and thiamine.

Which One is Healthier? Egg Whites or Yolks

If we go by what egg whites offer or the yolk offers we will find that both egg yolks and whites are rich in vitamins and minerals. However, the yolk has larger amounts of most as compared to whites. No doubt left while choosing which one is the best for us. However, if anyone is suffering from heart problems or is trying to lose weight then egg white would be the best.

Due to the higher consumption of protein-rich diets, there is a great demand for egg solids. Egg solids are dried and dehydrated eggs that are sometimes referred to as dried eggs. Dried eggs are real eggs except it is in dehydrated form. Dried eggs are rich in nutrients similar to real eggs. and are very affordable.