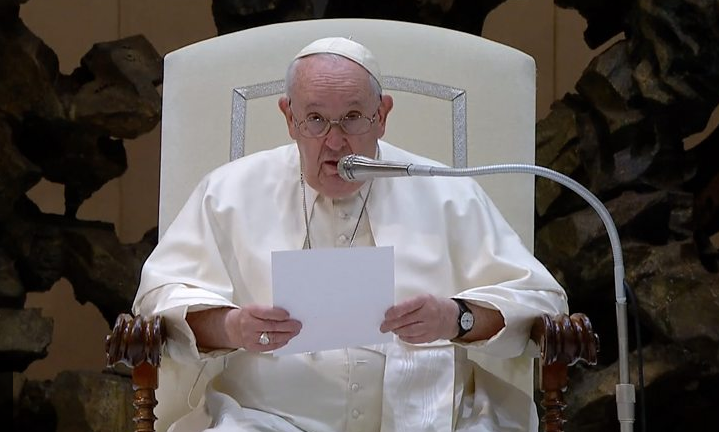 Pope Francis has said former Pope Benedict XVI is very ill and he has asked pilgrims at the Vatican to pray for him.

Benedict, 95, became the first leader of the Catholic Church to stand down in 600 years in 2013, citing advanced age.

At the end of the Pope’s final audience of the year, he asked people to “pray a special prayer for Pope Emeritus Benedict”.

The Vatican then said the ex-Pope’s health had worsened in recent hours.

“The situation at the moment remains under control, constantly followed by doctors,” said spokesman Matteo Bruni.

Pope Francis was addressing a general audience in the Vatican’s Paul VI hall when he looked up from a piece of paper and spoke about Benedict’s declining health.

He then went to visit Benedict at the Mater Ecclesiae monastery – where he has lived since he stepped down – which is a short walk from the audience hall within the Vatican Gardens.

Earlier this month Francis revealed he frequently visited his predecessor.

Speaking of Benedict as a “saint” and a man of high spiritual life, he said the former pope was lucid and had a good sense of humour.

“He speaks softly but follows your conversation,” he told Spanish newspaper ABC.

Benedict XVI was 85 when in February 2013 he surprised Catholics around the world with his decision to step down, less than eight years after he had been elected Pope as Cardinal Joseph Ratzinger.

Not since Gregory XII stepped down in 1415 had a pope resigned.

Benedict had presided over his predecessor John Paul’s funeral Mass. He became the eighth German to become Pope and was known for his conservative, traditionalist views, campaigning against the social activism of liberation theology.

But his papacy was marked by a scandal involving child sexual abuse by priests. Two reports in 2009 detailed the extent of paedophilia and cover-ups within the Irish Church – and it later emerged that almost 400 priests had been defrocked by Benedict in 2011 and 2012.

However, earlier this year the former Pope accepted that errors had been made in handling sexual abuse cases while he was archbishop of Munich from 1977 to 1982.

A German inquiry commissioned by the Church found that he had failed to act in four cases. Benedict denied wrongdoing but asked forgiveness for any “grievous fault”.