The global polyimide films market size was valued at USD 1.68 billion in 2021 and is projected to reach USD 3 billion by 2030, registering a CAGR of 5.9% from 2022 to 2030. Polyimide films are synthetic films that are utilized because they are reliable and durable in operations; thus, they are widely utilized for applications that are subjected to hostile environments. The PMDA and ODA that are present in the strong solvents are polymerized during the manufacturing process of polyimide films. The processes for producing polyimide films result in films that are more dependable and long-lasting. As a consequence of this, polyimide sheets can endure temperatures ranging from 269 degrees Celsius to 400 degrees Celsius.

Films made of polyimide are used in a broad variety of applications, including those in the labeling, electronics, automotive, and aerospace sectors. As a form of multilayer insulation, polyimide sheets are often layered one on top of the other before being put to use. In the electrical industry, they are also utilized as the superior substrate of choice for applications requiring high temperatures. Polyimide films have the potential to be more suitable for a variety of applications as a result of their qualities. These properties include a higher tensile strength, stability against heat and chemicals, a lighter weight, and a considerable number of others. The expansion of the polyimide films market is bolstered by the lucrative prospects presented by the expanding number of industries and manufacturing facilities located across the globe.

The increasing energy demand has resulted in stronger demand for the electronics industry, technological breakthroughs, and the emergence of smart devices such as 3D TVs, smart TVs, and tablets. This has produced a higher demand for these industries. The polyimide films are bonded to the copper foils that are employed in these electronic devices. Additionally, polyimide films are utilized in the production of printed circuit boards. Polyimide films have the potential to be more suitable for a variety of electronic devices due to their characteristics such as lightweight, compactness, durability, and other physical properties. Some examples of these electronic devices include portable computers, panel boards, digital cameras, and so on. These kinds of elements have contributed to a general acceleration in the expansion of the polyimide film sector.

Polyimide films, due to their potent properties such as tensile strength and resistance to mechanical stress and temperature, are suited for a variety of critical applications across a wide range of industry verticals. Polyimide films are being used in a variety of industries, particularly the automobile sector due to their reduced weight. The sectors that employ the finished products are likewise searching for substitutes for metals and glass that are comparable in price and don’t sacrifice performance. These kinds of elements are regarded as the primary market drivers responsible for the expansion of the polyimide film industry.

The high cost of processing PI film is one of the primary factors that is preventing the market for polyimide film from expanding further. To cast PI films using a particular film casting method, high temperatures are required. Because of this, businesses are restricted in their ability to invest in the market because they are required to purchase expensive equipment and pay significant maintenance costs. In addition, the process of chemical imidization eliminates a counter depolymerization reaction that occurs during the manufacturing of polyimide films. This allows polyimides to achieve greater and more stable mechanical characteristics; however, as a result of this, the finished product is more expensive because additional reagents are required. The instability of the prices of raw materials and the paucity of supplies of polyimide films are also anticipated to be important restraints for the revenue growth of the polyimide films market. In addition, it is anticipated that the low resistance of PI films to hydrolysis and alkalis will restrict the usability of the technology to some degree.

Conventional polymer films are not suitable for use in applications that involve higher temperatures; however, the introduction of transparent polyimide films in the market for display and optoelectronics has alleviated the issues that were previously experienced as a result of these films. During the period in question, these elements have created conditions that are beneficial to the expansion of the polyimide films market.

The innovations that have been made in smart devices over the past several years have opened up chances for the expansion of the polyimide film sector as a whole. In place of glass, for instance, flexible active-matrix organic light-emitting diode displays are utilized in the electronics industry. They must be heated to a higher temperature and need solar cells to function properly. In recent years, the expansion of the polyimide films market has been driven in part by reasons such as these.

The global market for polyimide films is split by type into opaque films and transparent films. Increasing demand for transparent films in the electronics industry on account of their thermo-mechanical properties and high chemical resistance is anticipated to propel the transparent film segment’s revenue growth during the forecast period. These characteristics are advantageous for the production of electronics such as lighting equipment and flexible printed circuit boards. Consequently, the expansion of the electronic industry has led to a substantial rise in demand for transparent films over the anticipated period. In addition, technical advancements in the electrical industry are anticipated to contribute to the segment’s revenue growth. Transparent films are utilized in the production of laptops with foldable displays. On 18 April 2022, SK IE Technology, for example, announced that it will supply HP with clear polyimide film for the window screen cover of its foldable notebook.

The global market has been split based on application into Flexible Printed Circuits (FPC), specialty fabricated goods, capacitors, valve sheets, pressure-sensitive tapes, wire & cable, motor & generator, and other segments. Due to increased demand for polyimide wire and cable insulation in the aerospace and automotive industries, the wire & cable segment is anticipated to record a large and rapid revenue CAGR over the forecast period. This is due to the mechanical insulating properties of polyimide films, which make them a suitable choice for wire insulation. Governments and corporations from numerous nations are investing in research and development to determine the wire and cable uses for polyimide films. On November 12, 2020, for example, DuPont released the outcome of a recent study on their Kapton ECRC polyimide film product. According to research, it is eight times more effective than other polyimide films at isolating the conductors in high-performance traction motors built for the e-mobility sector. This product is part of the company’s new offering of wire insulation.

The global market has been categorized by end-use into electrical & electronics, automotive, aerospace & defense, solar, packaging & labeling, and other applications. During the forecast period, the electrical and electronics category is anticipated to account for a greater revenue share of the global market. Increased technical innovation in consumer electronics, semiconductors, and wearable devices is anticipated to stimulate demand. Current developments in flexible printed circuits permit the manufacture of displays that are lighter and thinner. The increased use of electronic devices is anticipated to increase the demand for these films because of their lightweight and temperature tolerance. The expanding tendency of working from home as a result of the COVID-19 epidemic is a significant driver of the unexpected increase in demand for polyimide film. In addition, growing expenditures by major market participants in the electrical and electronic industry are anticipated to provide a significant boost to the market’s revenue growth throughout the forecast period. 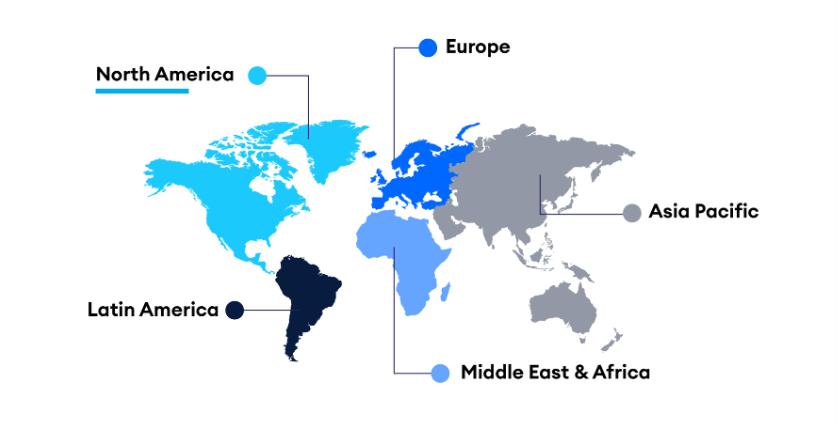 Because of the numerous potential end-user sectors, the Asia-Pacific region now holds the majority of the market share. The increasing demand in automotive sectors throughout the area and the growing need in electronic industries such as displays, mobiles, and others are regarded to be two of the most important market drivers for the polyimide film business. Additionally, the major market players are producing new items, bringing in advancements in recent times, and modifying the products to enhance sales and quality. This is being done to increase market share. These kinds of variables are also driving forward the expansion of the polyimide films sector across the Asia-Pacific region as a whole. In a similar vein, the expansion of the trading operations and the overall economic growth in the countries are having a significant bearing on the development of the polyimide film sector.

For instance, China is recognized as the world’s largest producer of electronic products, and the primary electronic products that are predicting the expansion of the polyimide films market in recent years include televisions, wires, connections, gaming systems, personal gadgets, and recording devices. In addition to this, the Chinese automobile sector is expanding at a quicker rate, and by the year 2019, it has already surpassed a production rate of more than 28 percent. The expansion of China’s automotive industry as a result of technological advancements and new product introductions is creating a lucrative opportunity for the expansion of the polyimide film industry as a whole. This opportunity may be found across China.

On 15 February 2022, South Korea’s PI Advanced Materials, which holds the world’s largest share of polyimide films and is widely used to package IT components and electric car batteries, is up for sale, possibly in a transaction for more than USD 1 trillion. According to the investment banking sector, JP Morgan is spearheading the selling of a 54 percent controlling ownership plus management rights via a special vehicle under Glenwood Private Equity and has sent teaser letters to prospective investors.

On 20 January 2022, the expansion project at the Circleville, Ohio manufacturing facility of DuPont Interconnect Solutions has been completed, according to the company’s Electronics & Industrial sector. The USD 250 million investment will assist DuPont in meeting the increasing global demand for Kapton polyimide film and Pyralux flexible circuit materials in automotive, consumer electronics, telecommunications, specialty industrial, and defense applications.