Parkland school shooting: Why the gunman was spared the death penalty 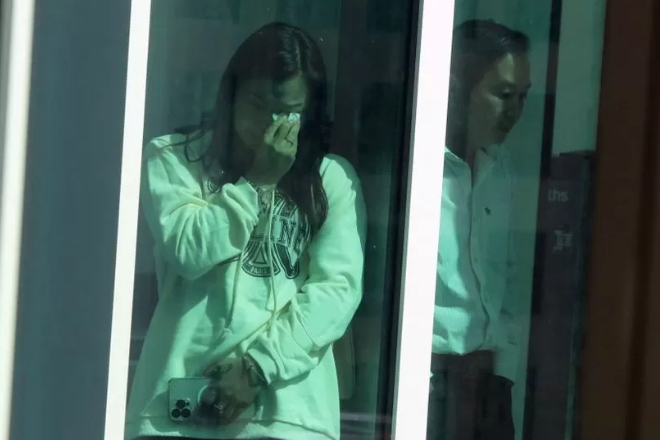 It was the deadliest mass shooting to reach a jury trial in the US, and on a day that was already high in emotion, many families left the court in Florida on Thursday confused and in tears.

“We are just shocked by this result and it is so unjust,” Lynn Chen, a cousin of Parkland victim Peter Wang, said. “How can he live another day?”

The jury’s decision to recommend life in prison and not the death penalty for Nikolas Cruz – who shot dead 17 people at Marjory Stoneman Douglas High School in 2018 – sparked an emotional outcry from the victims’ relatives who had gathered in the court.

“This animal is still going to have life in prison without parole,” one mother, Linda Schulman, said. “I hope he has the fear in him every second of his life. Why do we have the death penalty at all?”

Parkland teacher Ivy Schamis, who testified at the trial how two pupils in her class died in the attack, told the BBC she was devastated.

“He [the gunman] will live his life,” she said. “He will probably get love letters.

“It means most of the parents will not outlive this shooter. I’ve lost all my faith in the justice system after this.”

Three of the 12 jurors voted to spare the gunman following the sentencing trial. Under Florida law, a unanimous decision is needed in order for someone to be put to death.

If a single juror disagrees, then the defendant is sentenced to life in prison without the possibility of parole. This is what the 24-year-old Parkland gunman now faces.

Jury foreman Benjamin Thomas told CBS Miami that he did not vote for the life sentence and is “not happy with how [the sentencing] worked out”.

“It really came down to a specific juror who believed [the gunman] was mentally ill,” he said. “She didn’t believe that because he’s mentally ill he should get the death penalty.”

“There was one [juror] with a hard no – she couldn’t do it,” he said. “And there was another two that ended up voting the same way.”

The jury – which consisted of seven men and five women – did find there were aggravating factors which warranted the use of the death penalty.

Under Florida law, there are 16 aggravating factors which can be used to justify imposing a death sentence. For example, the murders must be deemed particularly cruel or be committed in a cold, premeditated manner. At least one of these factors must be proved beyond reasonable doubt for a defendant to be executed.

During the course of the three-month sentencing trial, prosecutors sought to convince the jury that aggravating factors clearly applied in this case. “It was calculated. It was purposeful. And it was a systematic massacre,” lead prosecutor Michael Satz said during his closing argument.

“The defendant had a plan, he discussed it, and he carried it out,” he added.

But the three jurors who voted not to impose the death penalty did so because of mitigating circumstances that had been consistently argued by the defence. They concluded that these outweighed the aggravating factors offered by the prosecution.

The most prominent mitigating factor – and one explored in detail by defence lawyers during the trial – was that the gunman’s mother’s heavy alcohol consumption and smoking during pregnancy had left him with foetal alcohol spectrum disorder, which they said drove his violent behaviour.

The lead defence lawyer, Melisa McNeill, told the court: “He was doomed in the womb. And in a civilised society, do we kill brain damaged, mentally ill, broken people?”

Mr Satz pushed back on this in the trial’s latter stages as it became a focus of the proceedings. “Whether or not his mother smoked during pregnancy did not turn [him] into a mass murderer,” he said.

But ultimately the jury, after sifting through harrowing evidence and deliberating for seven hours, could not reach the necessary unanimous verdict on the death penalty.

“That’s how the jury system works. Some of the jurors just felt that was the appropriate sentence,” Mr Thomas, the jury foreman, said. “It’s a moral decision. Everybody has a right to their opinion.”

Previous newsUS inflation falls but still higher than expected
Next news ‘I want to be honest, this is difficult’: Liz Truss confirms U-turn after sacking chancellor Kwasi Kwarteng