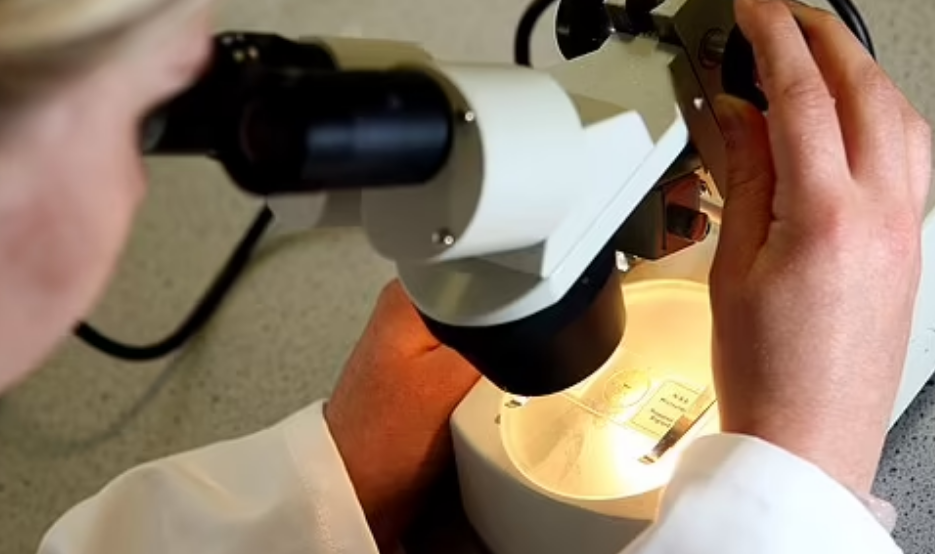 At least three million Britons are set to take part in one of the world’s largest health research programmes.

The Our Future Health study hopes to use the huge amounts of data received to develop new ways to detect illnesses earlier.

Those taking part are expected to consent to providing DNA and blood samples over a long period.

It is hoped the research will help doctors better predict who is at higher risk of diseases such as cancer, diabetes, heart disease, dementia and stroke.

Professor Sir John Bell, chairman of Our Future Health, said the ambition is to develop new methods for ‘early diagnostics or prevention strategies across a large population of people – something between three and five million people’.

Invitation letters are being sent to people over 18 who live in four regions: West Yorkshire, West Midlands, Manchester and London.

One disease that could benefit from the study is pancreatic cancer – as it is often only detected once it is too late when it becomes difficult to treat and can prove fatal.

Eventually, up to five million people over the age of 18 will have the opportunity to join Our Future Health over the next few years.

Health data gathered from the participants will be anonymised and held securely. But volunteers will be given the option in the future to receive feedback about their health, including their risk of common diseases, based on their health data and analysis of their data.

Head of Research at Pancreatic Cancer UK, Dr Chris MacDonald, said the scheme will be ‘enabling us to learn more about a wide range of diseases, including pancreatic cancer, and study the signals present in blood samples even many years before diagnosis.

‘This is particularly exciting for us as pancreatic cancer is frequently detected too late for treatment, with over 80 per cent of people diagnosed in the late stages.’

The programme is sending invitation letters this autumn to people over 18 who live in four regions: West Yorkshire, West Midlands, Greater Manchester and Greater London.

Volunteers will give their consent to join the research programme and provide secure access to their health records, complete a questionnaire and book an appointment to provide a small blood sample and have some physical measurements taken.

Volunteers will also include people who have previously been under-represented in scientific studies, such as those from Black, Asian, and other ethnic backgrounds and people with lower incomes.

Dr Raghib Ali, chief medical officer of Our Future Health, said: ‘One of the things we weren’t able to do (in the past) was to recruit sufficient numbers of people of non-European ancestry – so (for) people of South Asian and Black communities, we didn’t have sufficient numbers to look at diseases in those populations.

‘Our Future Health will allow us, for the first time, to do that at an efficient scale.’