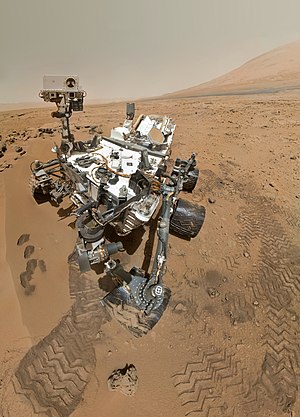 It has been searching for clues about possible ancient alien life on Mars.

And now NASA’s Perseverance rover has discovered organic matter ‘treasure’ that could help determine if extraterrestrials did in fact ever exist on the Red Planet.

The collection of organic matter from the Jezero Crater, which likely once held a lake and the delta that emptied into it, suggests it had potentially habitable environments 3.5 billion years ago.

These organic molecules contain carbon that are widely considered to be the building blocks of life.

The US space agency said Perseverance had collected four samples from the ancient river delta since July 7, bringing the total count of scientifically compelling rock samples to 12.

‘The rocks that we have been investigating on the delta have the highest concentration of organic matter that we have yet found on the mission,’ said Ken Farley, Perseverance project scientist at the California Institute of Technology in Pasadena.

The rover has taken measurements and samples in an area called Skinner Ridge.

This is made of layered sedimentary rocks, some of which contain materials that were most likely transported from miles away by running water billions of years ago.

‘With the samples we’re taking now in this more sedimentary area, we’re of course right at the heart of what we wanted to do to start with,’ said NASA science lead Thomas Zurbuchen during a press conference.

The sedimentary rocks contain complex organic molecules called aromatics, along with clays and sulphate minerals. The latter can be produced when water interacts with rocks.

There are no definite signs of life, or biosignatures, in these materials but scientists are encouraged that they are looking in the right place.

‘While the detection of this class of organics alone does not mean that life was definitively there, this set of observations does start to look like some things that we’ve seen here on Earth,’ said Sunanda Sharma at NASA’s Jet Propulsion Laboratory in California during the press conference.

‘To put it simply, if this is a treasure hunt for potential signs of life on another planet, organic matter is a clue.

‘And we’re getting stronger and stronger clues as we’re moving through our delta campaign.’

David Shuster, of the University of California, Berkeley, added: ‘This is really important that this has sulphate in it and also clays, because that means that this rock has high potential for biosignature preservation, meaning that if there were biosignatures in this vicinity when that rock formed, this is precisely the type of material that will preserve that for us to study when [the samples] come back to Earth.’

It is not the first time Perseverance has found organic matter on Mars, but this time the detection was in an area where life may have once existed.

‘In the distant past, the sand, mud, and salts that now make up the Wildcat Ridge sample were deposited under conditions where life could potentially have thrived,’ Farley said.

‘The fact the organic matter was found in such a sedimentary rock – known for preserving fossils of ancient life here on Earth – is important. 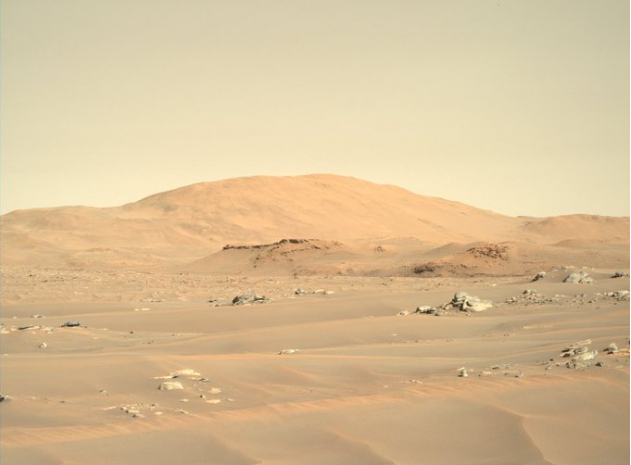 ‘However, as capable as our instruments aboard Perseverance are, further conclusions regarding what is contained in the Wildcat Ridge sample will have to wait until it’s returned to Earth for in-depth study as part of the agency’s Mars Sample Return campaign.’

During its first science campaign, Perseverance explored the crater’s floor, finding igneous rock, which forms deep underground from magma or during volcanic activity at the surface.

‘The delta, with its diverse sedimentary rocks, contrasts beautifully with the igneous rocks – formed from crystallisation of magma – discovered on the crater floor,’ said Farley.

‘This juxtaposition provides us with a rich understanding of the geologic history after the crater formed and a diverse sample suite.

‘For example, we found a sandstone that carries grains and rock fragments created far from Jezero Crater — and a mudstone that includes intriguing organic compounds.’

NASA and the European Space Agency are planning to return the rock samples to Earth around 2033.

Previous newsFalling gas prices may slash projected cost of energy bailout drawn up by Prime Minister Liz Truss, according to City experts
Next news Reversing global warming by REFREEZING the poles by would be both feasible and ‘extraordinarily cheap’, study claims