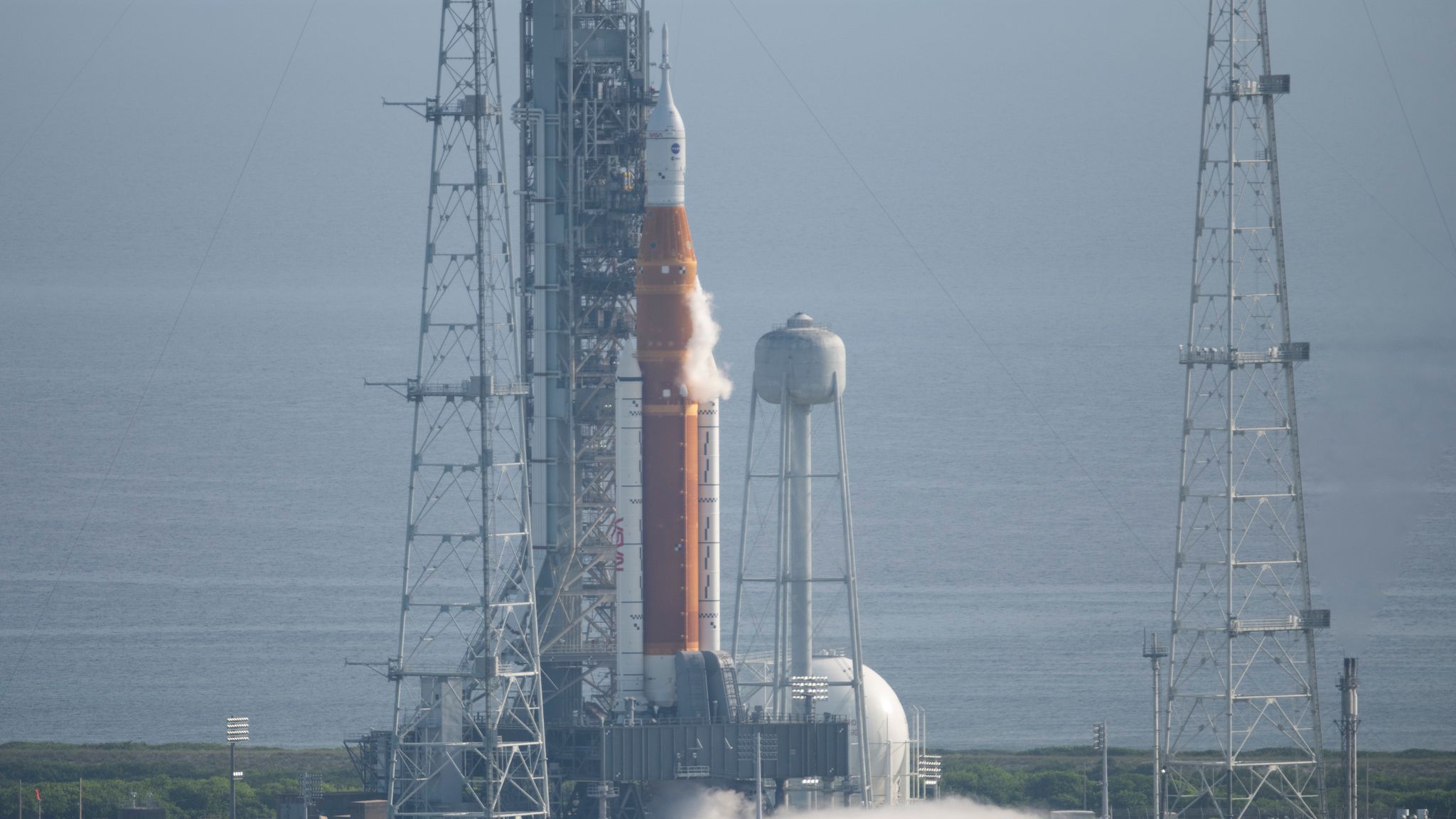 The rocket, which was initially planned to launch earlier this week on Monday 29, was scrubbed following a hydrogen leak.

NASA has called off the launch of its Artemis 1 rocket after a leak developed – the second time it has failed to go ahead – and has now said the next attempt won’t be likely until late September.

Engineers recommended to the launch director the planned lift-off should not go ahead.

The rocket’s launch, which was initially planned for earlier this week on Monday 29, was scrubbed following a hydrogen leak.

The US space agency has now said it expects the third attempt to be delayed until at least late September and it will involve the rolling back of the rocket to the vehicle assembly building at some point.

Earlier on Saturday, NASA said: “During tanking of the Artemis I mission, a leak developed in the supply side of the eight-inch quick disconnect while attempting to transfer fuel to the rocket.

“Attempts to fix it so far have been unsuccessful.”

They later admitted that the leak was “large” and “too complex” to be fixed in a matter of days.

“So, our focus is on understanding the problem, developing solutions… but also risk versus risk impacts.”

Pushing to the limit

Besides struggling to remedy the leak itself, the difficulty caused mission managers to fall behind in the countdown, leaving too little time to complete pre-launch preparations before lift-off.

The Artemis programme is planning to send humans back to the surface of the moon more than 50 years after the last Apollo moon mission – and NASA wants to establish a base there as it targets an eventual crewed mission to Mars.

NASA wants to send the capsule on top of the rocket around the moon, pushing it to the limit before astronauts get on the next flight.

If the five-week demo with test dummies succeeds, astronauts could fly around the moon in 2024 and land on it in 2025. People last walked on the moon 50 years ago.