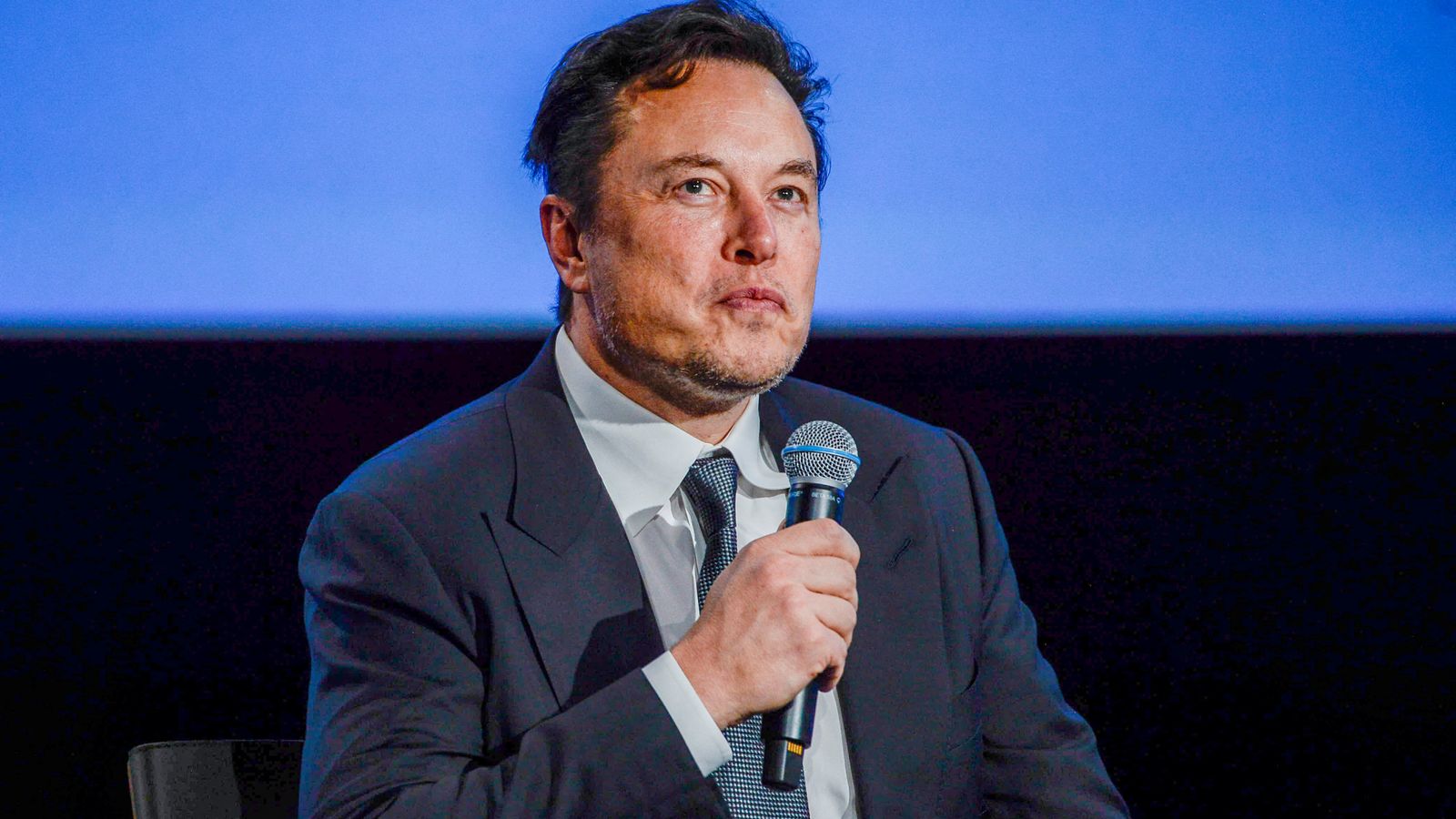 The Tesla billionaire is trying to get out of a deal he made earlier this year to buy the social networking site.

Why you can trust Sky News
Tesla chief Elon Musk has filed more paperwork in an effort to terminate his agreement to buy Twitter.

Mr Musk, the world’s richest person, walked away from his $44bn offer for Twitter in July, saying the company had misled him and regulators about the true number of spam accounts on the platform.

According to a court filing, Musk had asked for information from whistleblower Peiter Zatko, the former head of Twitter’s security, mostly about how the site measures the number of spam accounts.

Mr Zatko had said the company falsely claimed it had a solid security plan and prioritised user growth over reducing spam.

After learning this, Mr Musk’s lawyers said allegations known to Twitter before he offered to buy the company – but not disclosed to them – had provided additional and distinct bases on which to end the deal.

While Mr Musk wants to get out of the deal, Twitter wants him to buy the company for the agreed $54.20 a share and sued him in July.

The two will go before a Delaware court on 17 October for what is expected to be a five-day trial.

Previous news‘Centaurus’ subvariant of Omicron: What do we know?
Next news Instagram fined €405m over children’s data privacy