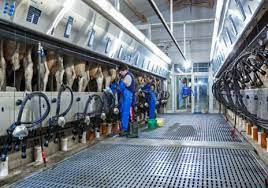 Are Milking Robots Worth Enough for Investment?

Automatic milking systems reduce the labor of milking and enhance the production per cow due to higher milking frequency as compared to conventional milking. Moreover, automatic milking systems (AMS) presents an opportunity for dairy farmers to improve their lifestyles besides saving labor costs. The main of which is the time farmers save by using these machines. It is estimated that a farmer can save themselves up to 4 hours of labor by using a robotic milking system. It also solves the labor crisis affecting the dairy industry as of late.

This offers farmers more time for farm management and indeed for looking after the rest of their farm. These systems offer useful data on animal’s feeding habits and weight. One of the other main benefits is the potential to increase the number of daily milkings. An automated robotic milking system can allow for up to three milkings per day. In short, it increases the milk yield. Besides that, milking robots offer farmers information on the temperature of the milk, conductivity, and color and change of speeds of milking.

What Researches Have to Say?

Though we can’t deny robotic milking machines are the hottest thing in the market but researchers defer in their opinion. Abeni et al. (2003) and Innocente and Biasutti (2013) suggest ” there are no significant differences for technological properties between milk derived from automatic milking system and conventional milking parlor. According to Penn State University, traditional systems are more cost-effective in the long run. Now, if we consider the real return of investing in a robotic milking system then we have to consider the following factors. For example, production per cow, milk produced per robot per day, labor savings and the length of the useful life of the system. Though the robot milking `system is costly but will increase a lot of aspects of dairy farming.