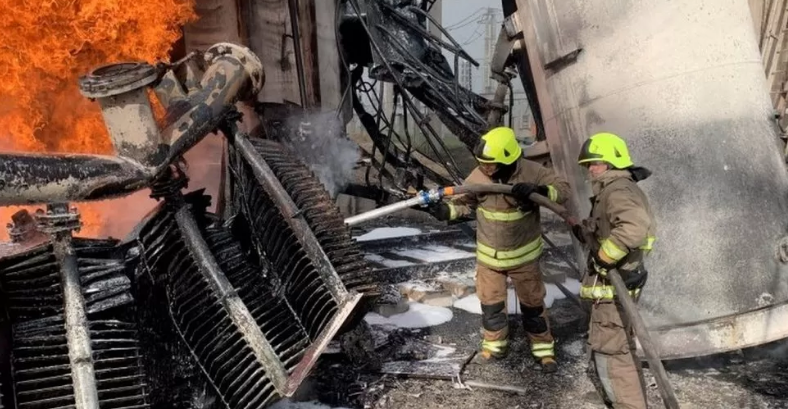 Mosquirix, the only malaria vaccine to receive approval from the World Health Organization (WHO), has shown modest efficacy against symptomatic malaria, and there is a need for more effective malaria vaccines.
A recent phase 2 clinical trial conducted in Burkina Faso examined the efficacy of the novel malaria vaccine candidate R21/ Matrix-M in children aged 5–17 months after three primary vaccine doses and a fourth booster shot.
The study found that the R21/Matrix-M vaccine candidate demonstrated high efficacy (75%) against first and multiple episodes of symptomatic malaria over the 24-month follow-up period after the administration of three primary doses.

Results from a clinical trialTrusted Source published in 2021 showed that the R21/Matrix-M malaria vaccine candidate had high efficacy against symptomatic malaria in children aged 5–17 months at 12 months following a primary three-dose regimen.

New findings from the same clinical trial recently published in The Lancet indicate that the administration of the booster shot of R21/Matrix-M 12 months after the primary three-dose regimen helped maintain a high efficacy against symptomatic malaria over the 12-month follow-up period after the booster dose.

Dr. Azra Ghani, a professor at Imperial College London, who was not involved in this research has commented that “[d]espite ongoing efforts to reduce the malaria burden — including through the provision of insecticide-treated bed nets, improvement in access to treatment, and chemoprevention — malaria continues to pose an unacceptably high burden, resulting in over 640,000 deaths globally each year, mostly in young children in Africa.”

Malaria caused an estimated 627,000Trusted Source deaths worldwide in 2020, with nearly 93% of all malarial deaths occurring in Sub-Saharan African nations. Moreover, 80% of deaths due to malaria in Africa occurred in children aged under 5 years.

Malaria is caused by unicellular parasites belonging to the genus PlasmodiumTrusted Source that are transmitted through mosquito bites. Although five species of Plasmodium can cause malaria in humans, Plasmodium falciparum is the predominant cause of severe illness and death.

When a Plasmodium-infected Anopheles female mosquito bites a human, the Plasmodium parasites enter the host’s bloodstream, eventually infecting the liver.

This stage of the infection involving the multiplication of the parasites in the liver lasts for 7–10 days and is asymptomatic. They then reenter the blood, invading red blood cells.

At present, measures for combatting malarial infections involve preventive measures in the form of insecticides or treatment with antimalarial drugs.

The emergence of mosquitoes resistant to insecticides and Plasmodium parasites that are resistant to anti-malarial drugs has emphasized the need for effective vaccines against malaria.

However, developing vaccines against malaria has been challenging due to the complexity of the Plasmodium parasites. For instance, the genome of P. falciparum is larger and more complex than viruses, consisting of more than 5,000 genesTrusted Source.

RTS, S/AS01Trusted Source, also known as Mosquirix, has shown the most promise among vaccine candidates and was the first and only malarial vaccine to be approved by the World Health Organization (WHO) for use in moderate-to-high risk settings.

The RTS,S/AS01 vaccine targets the life stages of the Plasmodium parasite that occur before the invasion and infection of red blood cells.

RTS,S/AS01 is a recombinant protein-based vaccine, which consists of a truncated version of the circumsporozoite protein (CSP) fused to the hepatitis B surface antigen.

The circumsporozoite protein is a major protein expressed on the surface of the parasite, and the RTS,S/AS01 vaccine trains the body to elicit an immune response against this protein.

Hepatitis B surface antigen is a protein that coats the hepatitis B virus and can self-organize into virus-like particles when expressed in yeast cells.

The RTS,S/AS01 vaccine utilizes virus-like particles composed of hepatitis B surface antigen that serve as a scaffold to present the circumsporozoite protein to the immune system and enhance the immune response.

Thus, there is a need for more efficacious vaccines against malaria. Consistently, the WHO has set a goal of developing a malarial vaccine with an efficacy of at least 75% by 2030.

Hence, researchers from the University of Oxford in the United Kingdom have now developed a new vaccine candidate called R21, which has an improved formula that aims to overcome the issues that most likely led to a lower efficacy in the case of RTS,S/AS01.

As a part of a phase 1/ 2b clinical trial conducted in Burkina Faso, the study authors had previouslyTrusted Source examined the efficacy of the R21/ Matrix-M vaccine after 12 months of follow-up in children aged 5–17 months.

Matrix-M is meant to enhance the immune response against the CSP fusion protein.

During the 12-month period after the fourth booster dose, the R21 vaccine candidate with the low adjuvant dose had an efficacy of 71% against the first episode of symptomatic malaria, whereas the vaccine efficacy in the group receiving R21 with the higher adjuvant dose was 80%.

The efficacy of the R21 vaccine with the higher adjuvant dose against first and multiple malaria episodes during the 24-month period after the primary vaccine series was 75% and 78%, respectively.

The researchers also assessed the levels of antibodies against CSP present in blood samples collected at 4 weeks after the primary vaccine series and the booster dose.

The anti-CSP antibody levels after the primary vaccine series and the booster dose were correlated with the extent of protection against one or more episodes of malaria during the first and second year of follow-up, respectively. Thus, antibody levels against CSP could be used to assess the degree of protection conferred by the vaccine.

The researchers also found a decline in the levels of anti-CSP antibodies 1 year after the primary vaccine series and the booster dose restored the antibody levels.

Prof. Sir Brian Greenwood, a professor at the London School of Hygiene and Tropical Medicine, not involved in this research, comments on the results:

“The trial did not include a group of children who received just the priming doses of vaccine, so it is not possible to deduce from this paper how necessary booster doses of the R21 vaccine are to sustain protection over the first five or more years of life during which children are still at high risk of malaria in many seasonal transmission areas. However, the marked decline in anti-CSP antibody titer in the months after priming, as seen with the RTS,S/AS01 vaccine, and the evidence presented in this and other studies that anti-CSP antibody titer is associated with protection, suggests that booster doses are likely to be needed to sustain protection.”

Plans for a phase 3 trial

The R21/Matrix-M vaccine candidate was well tolerated and had acceptable side effects. But the authors noted that the small size of the study sample could have prevented the characterization of less common adverse effects due to the vaccine.

As a part of the ongoing phase1/ 2b clinical trial, the authors also intend to track the participants for 2 more years to assess the vaccine candidate’s long-term safety and the potential need for booster shots.

Dr. Davidson Hamer, professor of Global Health and Medicine at the Boston University, told Medical News Today, that one of the limitations of the study “is that this is a relatively small sample size per group and there were other prevention interventions happening in this community during this time — although this should have been equally spread across all three groups.”

“It will be important to follow this up with a larger, multi-country study in areas with different levels of malaria transmission, underlying undernutrition of children, and different degrees of implementation of malaria control measures,” he added.

To further assess the efficacy and safety of the R21 vaccine candidate in a larger sample, the researchers have enrolled 4,800 children for a phase 3 clinical trial.

The investigators have sought and received ethical clearing for all the trials so far from the Comité d’Ethique pour la Recherche en Santé and the Agence National de Régulation Pharmaceutique in Burkina Faso, as well as from the Oxford Tropical Research Ethics Committee in the U.K.

Previous newsCost of living: Are prices in the UK rising faster than other countries?
Next news ‘Mass burial site containing 440 graves’ found in Izyum after city liberated by Ukrainian forces